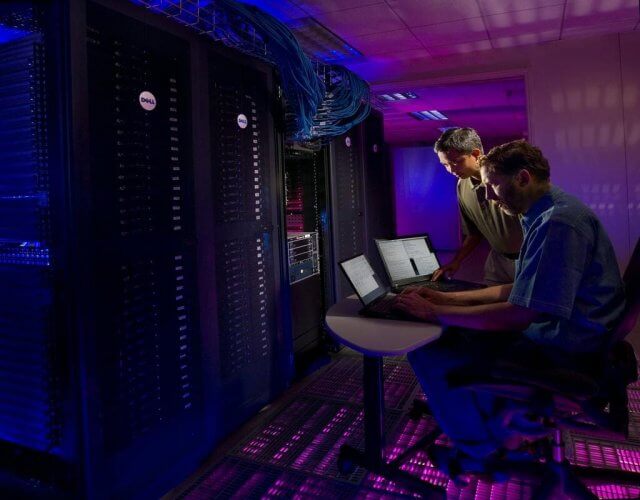 The rise of the technological revolution has given birth to data-driven businesses. Organizations now collect large volumes of consumers’ data that is analyzed to make strategic business decisions that help drive profitability. The collection of massive consumers’ datasets, which is commonly known as Big Data, has become an established industry on its own with its revenue projected to grow to $103 billion by the year 2027.

As Big Data continues to become more prevalent in modern-day businesses, it presents a slew of analytical problems to businesses looking to derive valuable insights from the data. Additionally, with the advent of the web of connected devices, consumers are also at the risk of privacy violations due to the increased probability of security breaches.

But blockchain, a relatively new technology focused on data integrity and management, has the potential to transform the Big Data industry. And although the two technologies, blockchain and Big Data, may seem mutually exclusive on the surface, they complement each other to create powerful solutions for tech-driven enterprises.

Where can Blockchain Help Big Data

Some of the biggest challenges facing the Big Data industry stem from poor data management. This is despite the numerous efforts by data scientists to come up with different data management systems. Even with the dynamic technological advancements, it’s becoming quite clear that the most modern tech-infrastructure can’t keep up the growing volume of data.

As a result, poor data management breeds such other problems as data insecurity as well as inaccurate and incomplete records, also known as dirty data. Analysts and organizations have, therefore, been forced to spend a huge deal of their time and resources on data management that, in an ideal situation, would be spent on other core areas of the organization.

But with the advent of blockchain technology, data management is about to get a lot easier for both the data collectors and its consumers.

By leveraging the fundamental properties of this novel technology, traditional data-processing infrastructure could be upgraded to manage data adequately. Below are some of the potentialities that the integration of Big Data and blockchain offers:

The Big data industry struggles with the lack of adequate security to keep from malicious hackers and their advanced tools at bay. The current data management infrastructures cannot, therefore, be relied upon to keep consumers’ data secure. 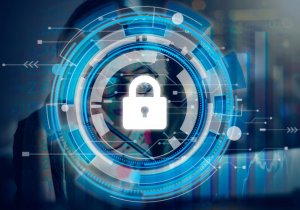 As a distributed ledger system, blockchain technology can be integrated into these data management infrastructures to improve their security. The fact that it uses cryptographic principles to record data in the network makes it almost impossible to breach.

In addition to the high-security standards, blockchain solutions for big data eliminate the need for a central infrastructure where data is stored. Instead, data is stored in a distributed network, making it impossible for a single party to generate enough computational power to alter the data in any way.

Besides, drawing insights from the data, data scientists spend a great deal of their time verifying the data in their care and ensuring it is accurate and consistent.

Blockchain can relieve analysts of this tedious task by vetting this data before it’s recorded in the extensive data chain network. It, therefore, solves the persistent cases of inaccurate, repeated, and incomplete data and makes it easier to draw credible insights from the data. While verifying each dataset, blockchain technology also enhances transparency, given that any data recorded within the network can be traced.

In today’s information age, data is the single most valuable commodity traded by giant tech companies as well as small enterprises. However, the owners of the data rarely benefit from this trade. They are reduced to mere data sources, while enterprises pocket all the profit from selling their data.

This practice is about to change with the introduction of blockchain to Big Data. The technology is set to democratize data ownership, allowing consumers to regain absolute control of their data. Data monetization can be supported through a token-based economy or discount on products in exchange for personal data.

Eventually, blockchain will create marketplaces where individuals can trade data directly with businesses. Unlike the current data market, blockchain marketplaces will be more transparent, allowing individuals to see how their data is being used even after the transaction has taken place.

As a decentralized ledger system, blockchain allows parties within a network to share data without the security risk factor. As such, it’ll be easier for, say, banks and hospitals to share an individual’s data effectively, improving service delivery. Additionally, the coordinated data sharing eliminates the cumbersome Know Your Customer (KYC) processes, saving institutions money and time.

Blockchain in payment systems is used to facilitate real-time transactions. Today, there are several fintech innovations that use blockchain to process fast and real-time settlements of huge sums, irrespective of geographical barriers.

In the same way, blockchain-enabled systems can be used by organizations that require real-time analysis of large scale data to improve their services. For instance, if banks were to use these systems, it would enable them to observe changes in data in real-time and make quick decisions, such as block fraudulent transaction attempts or track irregular activities.

Data stored on a blockchain network can be analyzed to give valuable insights, much like any other form of data. Considering the accuracy and security of blockchain data, the analyses derived from this type of data are more accurate than those from traditional data management systems.

Blockchain and Big Data technologies are set to radically transform the way businesses process and manage large volumes of data. As such, the integration of the two technologies to form a single solution will not only help businesses step up their data infrastructures, but also solve some of the inherent problems that come with managing large databases.

You must, however, appreciate that blockchain solutions in the Big Data industry may not be realized anytime soon due to the growing concern that blockchain application in Big Data is overly expensive. Most tech companies believe it is cheaper to store data on the traditional infrastructures than a blockchain network. This is because blocks can only store and process a limited amount of data, which is smaller compared to the large volumes of data collected per second by current Big Data systems. But blockchain is an ever-evolving technology, and hopefully, it will mature fast enough to address these concerns, allowing for its full implementation in Big Data management.