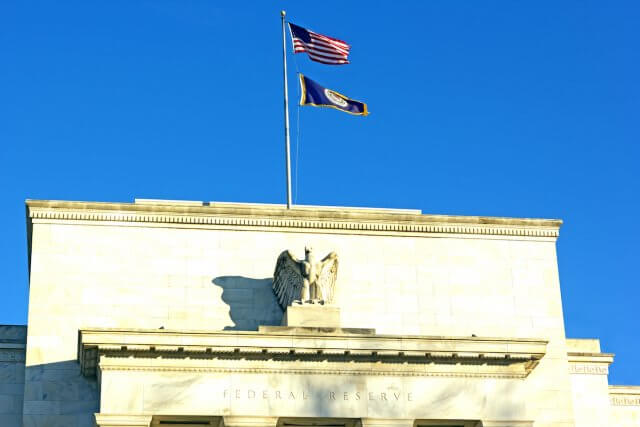 On the news front, the economic calendar is due to a report series of CPI and GDP figures from the European economy. These events are expected to be overshadowed by the U.S. Personal Pending, Chicago PMI, and Revised UoM Consumer Sentiment, which are expected to slightly worse than beforehand. This may add further bearish bias for the U.S. dollar today.

During the Thursday’s Asian trading hours, the EUR/USD currency pair managed to extend its previous session gaining streak and still flashing green while taking round near 1.1830/40 level mainly due to the broad-based U.S. dollar selling bias, in the wake of cautious sentiment around the market ahead of the U.S. Federal Reserve (Fed) Chair Jerome Powell’s speech. On the contrary, the buying interest around the shared currency is declining on the day amid the intensifying virus fugues in Europe, which eventually becomes the key factor that has been capped further upside in the currency pair.

At the moment, the EUR/USD currency pair is currently trading at 1.1835 and consolidating in the range between the 1.1817 – 1.1850. However, the traders are cautious about placing any strong position ahead of week’s Jackson Hole conferences where Federal Reserve’s (Fed) President Jerome Powell will speak about the central bank’s long-awaited monetary policy framework review, which will focus on inflation.

Despite the upbeat U.S. and China data, the equity market has been declining since the day started amid the renewed concerns over the US-China relation. At the US-China front, the Trump administration sanctioned those companies who are helping China to mark its existence in the South China Sea. In contrast, China fired missiles in a military drill near the South China Sea.

At the USD front, the broad-based U.S. dollar failed to gain any positive traction on the day. However, the losses could be associated with the doubts about the U.S. economic recovery ahead of Fed Chairman Jerome Powell’s speech at Thursday’s Jackson Hole symposium themed. However, the losses in the U.S. dollar became the key factor that kept the currency pair’s higher. Whereas, the U.S. Dollar Index that tracks the greenback against a basket of other currencies dropped by 0.12% to 92.882 by 11:59 PM ET (4:59 AM GMT).

At the coronavirus front, the coronavirus cases grew to 236,429, with a total of 9,280 deaths toll, according to the German disease and epidemic control center, Robert Koch Institute (RKI) report. In the meantime, the cases rose by 1,576 in Germany yesterday against Monday’s +1278. Whereas the death toll also grew by 3. It is worth mentioning that Germany recorded its highest number of new COVID-19 cases during the weekend in almost 4-months. As a result, they undermined the bullish sentiment around shared currency and held the currency pair between the thin range.

The GBP/USD stimulates the daily high to 1.3242, up 0.29%, while directing into the European session open. Like major pairs, the Cable restored the yearly high on Thursday ere dipping to 1.3161, which caught the two-day winning streak. After remarks from Fed Chair, the broad U.S. dollar rally pulled the quote descending the prior day.

The greenback’s latest drops support the pair bulls before BOE Governor Andrew Bailey’s address at the Jackson Hole Symposium. While running the third bullish day in the previous four, the GBP/USD prices also spend tiny heed to the Brexit distress indicated by The Times.

The final scheduled round of post-Brexit trade negotiations between the E.U. and the U.K. have already been abandoned, but ministers are expected to appear next week. Additionally, Germany’s expulsion of Brexit discussions as agenda from next week’s critical talks amongst the E.U. representatives.

On the other hand, U.S. President Donald Trump addressed to end dependence on China “once and for all.” Besides, the mystic concepts of Fed Chair Powell, involving Average Inflation Targeting (AIT), appear to decrease the allure as markets start reading between the words and spot economic worries.

The GBP/USD has distributed the trading range of 1.3240 – 1.3180, and a bullish breakout of Cable is anticipated to lead it higher unto 1.3275 mark. On the higher side, the GBP/USD faces the next resistance at 1.3275 mark and over this level, the pair may find 1.3323 resistance. Speaking about the technical side of the market, 50 periods of EMA, RSI, and MACD suggest bullish bias in the GBP/USD pair. Today, let’s look for buying trades above 1.3275 level.

During Thursday’s early European trading session, the USD/JPY currency pair managed to stop its early-day losing streak and took modest bids near above 106.00 level mainly after the (BOJ) board member Hitoshi Suzuki expressing his take on the monetary policy outlook, which eventually undermined the Japanese yen and extended some support to the currency pair.

Meanwhile, the risk-off market sentiment, driven by the renewed US-China tussle and intensifying virus cases in Europe and Asia, tends to underpin the safe-haven Japanese yen and kept the currency pair sidelined. At this moment, the USD/JPY currency pair is currently trading at 106.02 and consolidating in the range between 105.81 – 106.08.

It is worth reporting that the Bank of Japan (BOJ) board member Hitoshi Suzuki expressed his part on the monetary policy outlook while saying that “Will ease monetary policy further without hesitation with an eye on the pandemic impact on the economy. “He also added that “If BOJ were to ease more, it could use a special program for combating pandemic, cut short-, long-term interest rates or ramp up risky asset buying.” However, these statements recently weakened the Japanese yen and provided little support to the currency pair.

Apart from this, the Takatoshi Ito, a famous economist who was once a preferred nominee to become Bank of Japan (BOJ) governor, stated that the Japanese economy could see a quicker recovery by 2022 if a vaccine becomes available. However, the currency pair failed to give any major attention to the above headlines, as it remains flat around 106.00 due to the cautious risk tone and weaker greenback ahead of the Fed Chair Powell’s Jackson Hole speech.

Across the pond, the failure of the American lawmakers to offer any hint on the big coronavirus (COVID-19) relief package or the highest COVID-19 new cases in Italy since May, not to forget the fresh US-China tussle over the South China Sea, all factors are weighing on the market trading sentiment, which could be considered as the main factors for the currency pair limited moves.

At the US-China front, the Trump administration plans sanctions on those companies who are helping China to mark its existence in the South China Sea. At the same time, China fired missiles in a military drill near the South China Sea. The U.S. Secretary of State Michael Pompeo criticized China for “coercive bullying tactics against our friends in the United Kingdom.” This also exerted a burden on the market trading sentiment. This, in turn, underpinned the safe-haven Japanese yen demand and capped upside momentum in the pair.

Despite the risk-off market sentiment, the broad-based U.S. dollar failed to gain any positive traction on the day, as well as the losses could be associated with the doubts about the U.S. economic recovery ahead of Fed Chairman Jerome Powell’s speech at Thursday’s Jackson Hole symposium themed. However, the losses in the U.S. dollar became the key factor that kept the currency pair’s gain limited. Whereas, the U.S. Dollar Index that tracks the greenback against a basket of other currencies dropped by 0.12% to 92.882 by 11:59 PM ET (4:59 AM GMT).

Looking forward, the market traders await the Federal Reserve Chairman Jerome Powell’s speech in the Jackson Hole Symposium. As well as, America’s preliminary readings of the second quarter (Q2) GDP, which is expected -32.5% versus -32.9% will be key to watch. In the meantime, the updates surrounding the fresh Sino-US tussle, this time over the South China Sea, as well as the coronavirus (COVID-19) updates, could not lose their significance.