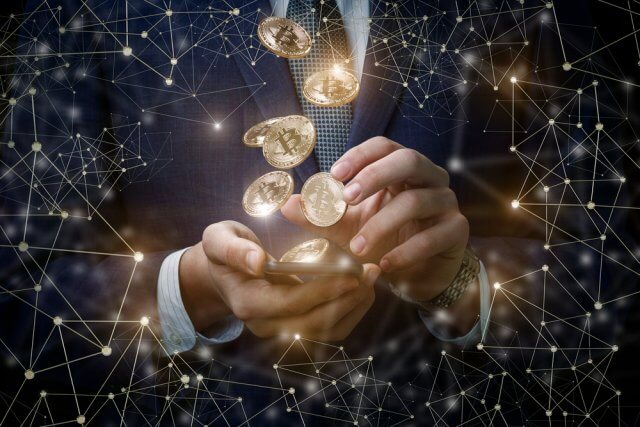 The cryptocurrency market recovered today as Bitcoin bulls pushed past $10,360. On top of that, Ethereum skyrocketed, netting double-digit gains on the day. Bitcoin is currently trading for $10,391, which represents an increase of 3.90% on the day. Meanwhile, Ethereum gained 11.36% on the day, while XRP gained 5.48%. 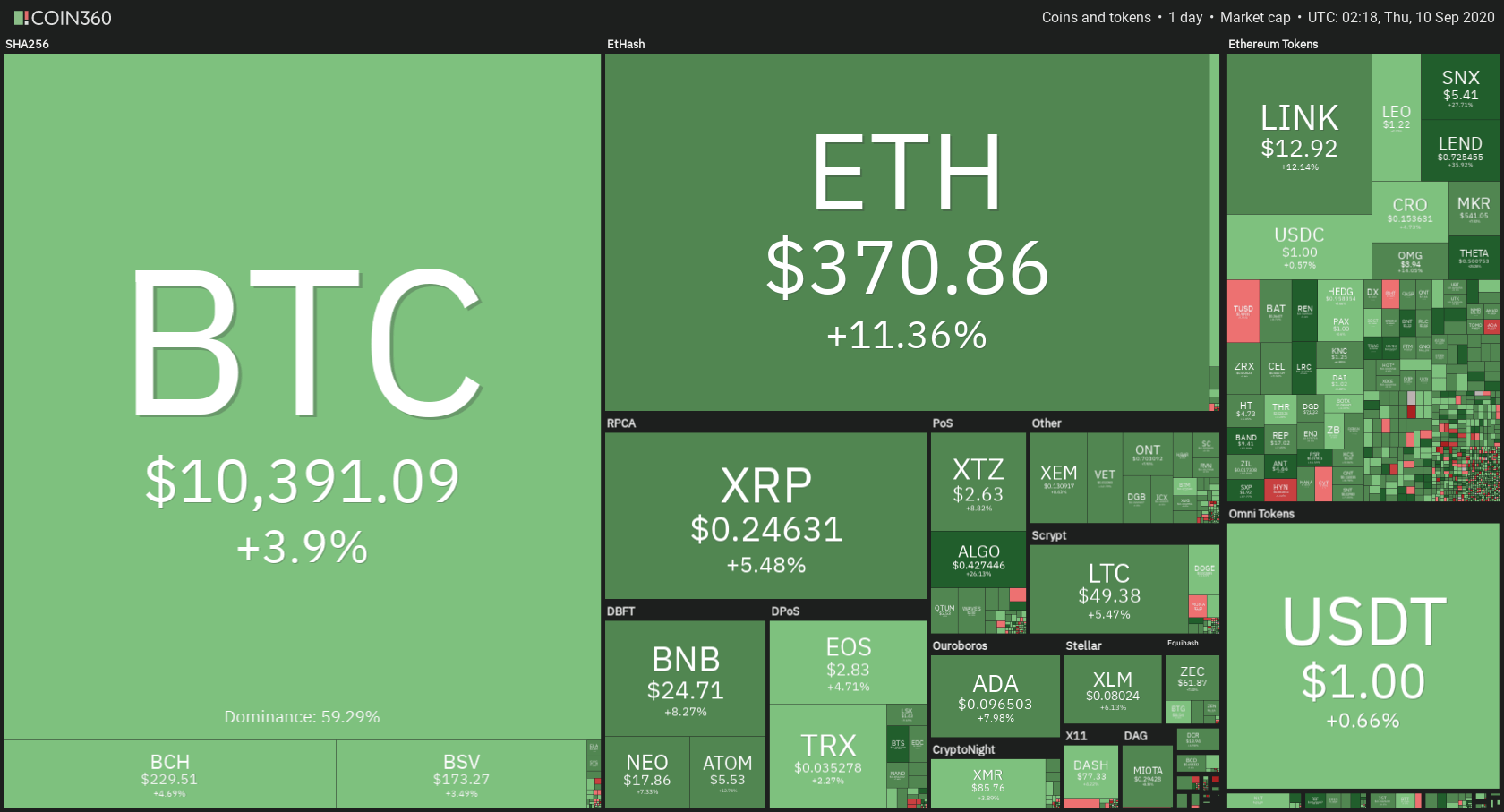 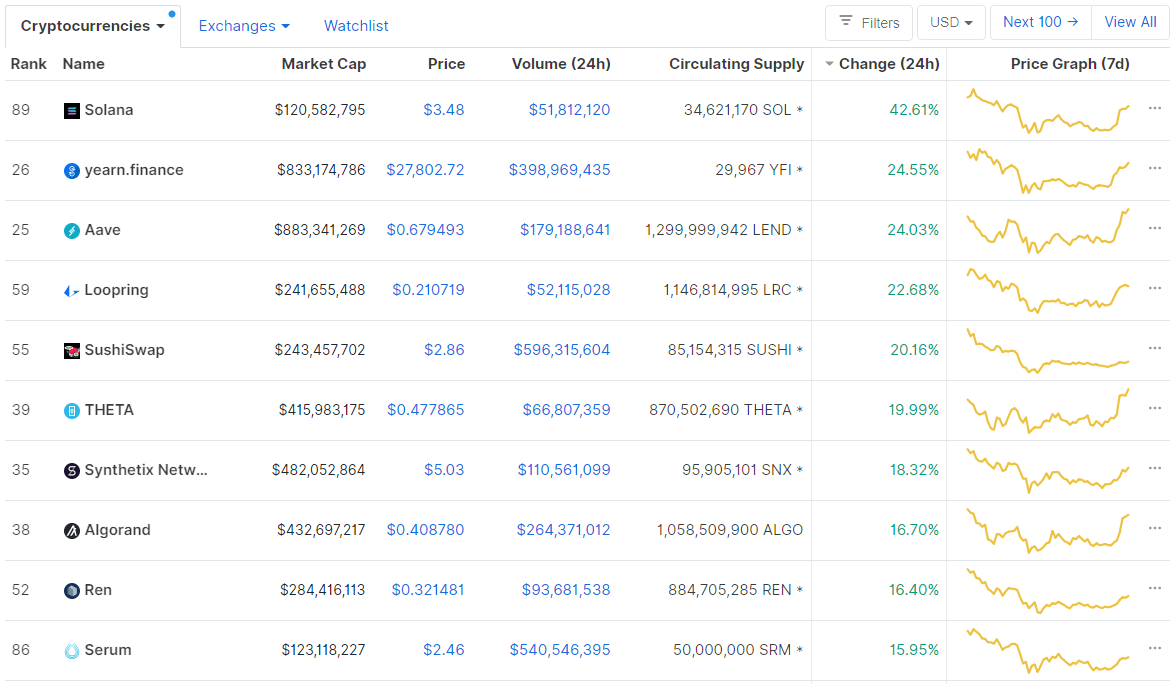 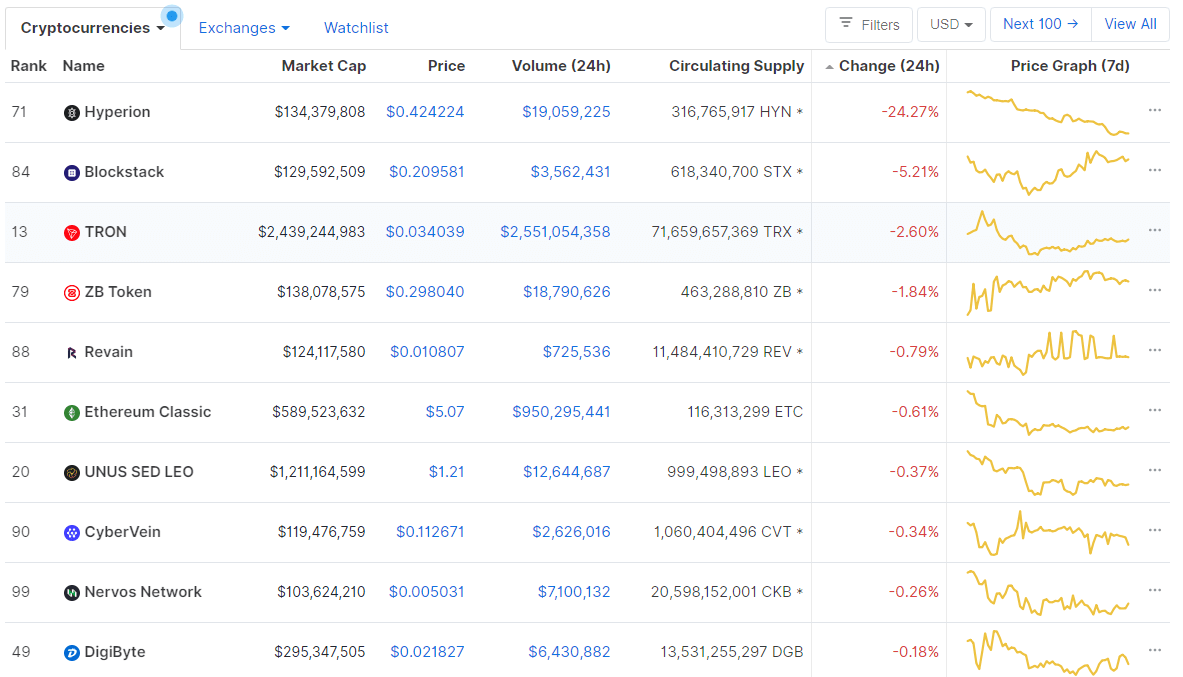 Bitcoin’s dominance level decreased slightly since our last report, with its value currently being at 59.29%. This value represents a 0.60% difference to the downside when compared to when we last reported. 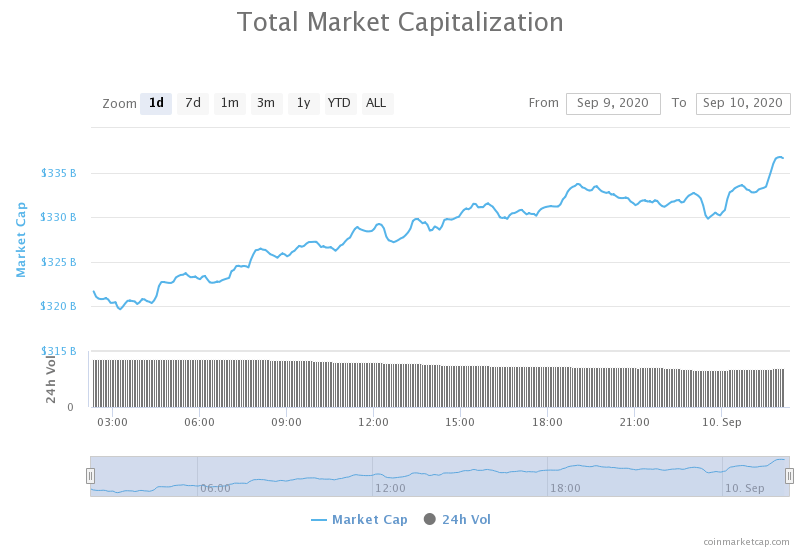 The crypto sector capitalization has gone up slightly in the past 24 hours. Its current value is $331.80 billion, which represents an increase of $4.90 billion when compared to our previous report.

Bitcoin has spent the past 24 hours trying to push past the $10,360 resistance level, which is key if the largest cryptocurrency by market cap wants to continue its bullish presence. Even though the level has fallen, BTC needs to reliably pass it and confirm its position above it in order to encourage more bulls to enter the market. If Bitcoin positions itself above $10,360 well, the influx of bullish pressure will most likely send its price further up towards $10,500 or even $10,630

Ethereum skyrocketed in the past 24 hours, with its price reaching double-digit gains. The second-largest cryptocurrency by market cap overcame the initial rejection of the $360 level and ultimately pushed past it, reaching the $371 level and getting stopped out there. The next move Ethereum makes will be crucial and will determine its short-term future.

If Ethereum manages to pull off a confirmation move above $360, we can expect a push towards $371. However, if that does not happen, we can expect ETH to return to its previous levels.

XRP made a move towards the upside like Ethereum and Bitcoin, but its move was more alike to Bitcoin’s than Ethereum’s. The third-largest cryptocurrency by market cap managed to gather some bullish pressure and push towards the $0.2454, which barely touched at the time of writing). However, just like with Bitcoin, XRP did not conquer this resistance level yet, and it will have to confirm its position above it in order to bring the attention of more bulls.

XRP might face another resistance level in the form of its 50-period moving average, which sits very close to its current price.