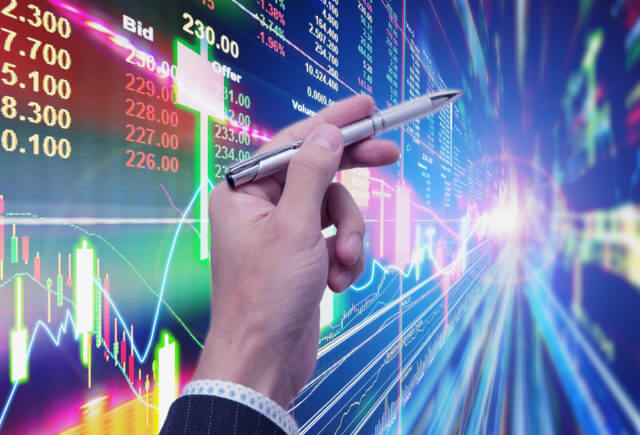 The cryptocurrency market is in the red for the past 24 hours. Most of the day has passed by without any downside resistance whatsoever. There has not been any new money coming into the markets as volume seems to be a bit lower than average. However, the downward-facing moves were not weak, but rather steady and stable. The market is now trying to find a price level to consolidate. As for the top3 cryptocurrencies, Bitcoin went down 3.03%, while Ethereum lost 4.3% of its value and. XRP was down 3.01% in the past 24 hours. Out of the top50 cryptocurrencies, BAT performed the best with its gains reaching over 7.5%.

Bitcoin’s dominance increased a fraction of a percent when compared to yesterday’s value. It now sits at 66.5%, which represents a 0.01% increase from the previous day. 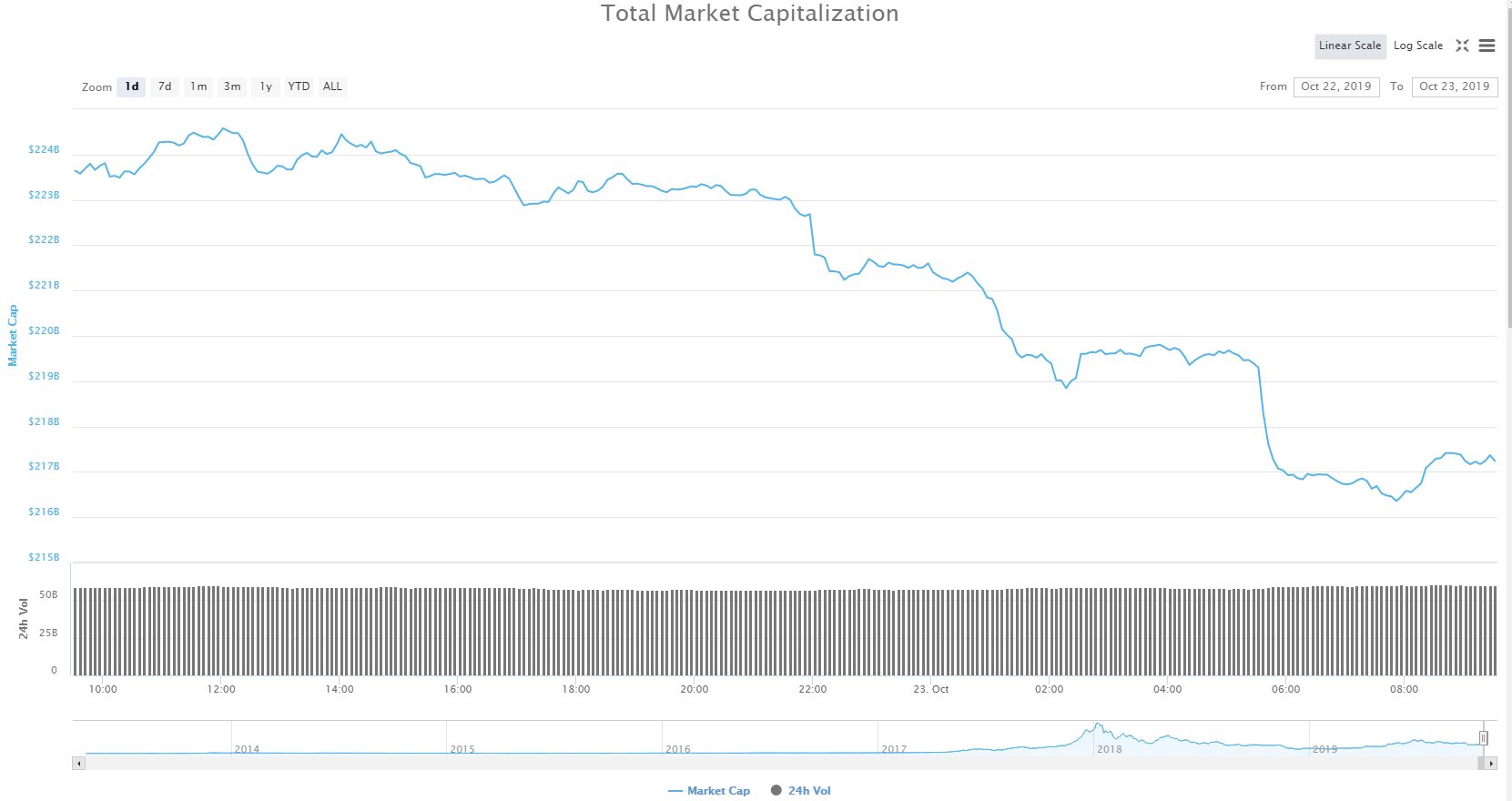 Most cryptocurrencies ended up being in the red in the past 24 hours. This, of course, slightly increased the value of the cryptocurrency market as a whole. The industry now has a market capitalization of $217.4 billion, which represents a $5 billion decrease from the previous day.

Cryptocurrencies have had both positive and negative news in the past 24 hours.

As reported by CoinDesk, Morgan Creek Digital managed to raise $60.9 million for its second blockchain venture capital fund. It seems that two pension funds invested $50 million into the project. This is more than double what they initially started with ($21 in the first blockchain fund).

The US Congress may consider a bill which would classify stablecoins as securities. This bill draft was published on Tuesday by Rep. Sylvia Garcia. The bill wants to regulate stablecoins under the Securities Act of 1933, seeking to provide clarity in an area the bill suggests lacks regulatory guidance.

Bitcoin has managed to break a bull flag downwards, making quite a bearish announcement to the market. If we take a look at the charts, the downtrend that started on Sep 30 ended up with a bull flag that broke upwards and increased in price right to the 161.8% of the downwards-facing move. After that, another similar downtrend started and we’ve come to the point when a bull flag was starting to rise. Everyone was expecting it to break upwards and Bitcoin to attempt to reach new highs (a 161.8% increase would mean a price of $9,440).

However, Bitcoin managed to fail the pattern and broke it downwards. Its price stabilized at just below $8,000.

Ethereum has lost over 4% of its value in the past 24 hours. It seems to be forming a falling wedge pattern on the daily chart. One more descending move is to be expected before Ethereum could attempt a price increase. However, if that does not happen, even a price of $110 is not excluded.

At the moment, Ethereum is sitting at $167, with a big support line being at $157. Its volume is at extremely low levels and RSI is approaching oversold territory.

XRP broke its ascending trend range and fell to $0.288. After creating a range that it moved in all the way from Sep 19 until now, XRP managed to break it downwards. It is now trying to recover and get back into the range, but the attempt has been unsuccessful so far.

XRP’s volume is average while its RSI is neither oversold nor overbought. It would take a significant increase in bull power in order for XRP to get back in its lane. If that does not happen, however, XRP has strong support sitting at $0.266.