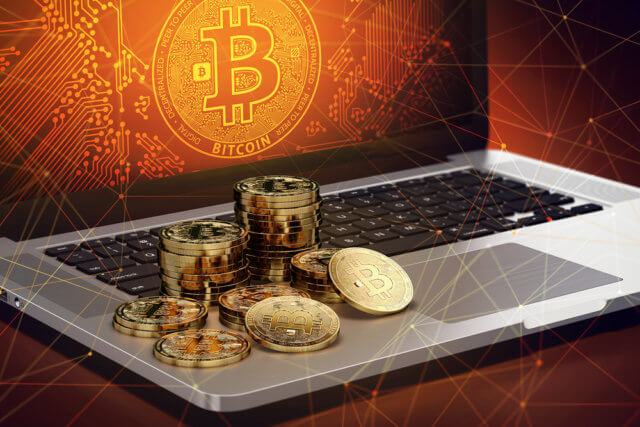 The cryptocurrency market did not have a particularly interesting weekend. While the prices did not move significantly, the price drop that occurred managed to put some cryptos under their support lines. Most cryptocurrencies did end up being in the slight red. If we take a look at the past 24 hours, Bitcoin went down 0.43% and is now trading at the price of $7,252. Ethereum was in the slightly green, gaining 0.09% on the day. XRP lost 0.07%.

Of the top100 cryptocurrencies by market cap, the biggest gainer is VeChain, with a gain of 22.52% on the day. The biggest loser of the day was Synthetix Network, which lost 13.07% of its value.

Bitcoin’s dominance has pretty much stayed on the level it was at the past weekend. Its dominance is currently 66.09%. 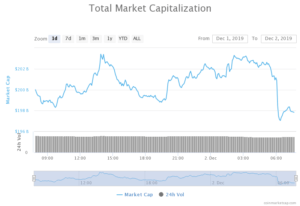 The cryptocurrency market as a whole now has a market capitalization of $197.90 billion, which represents a decrease of around $6.2 billion when compared to the value it had before the weekend.

The weekend passed without any big news that could shake the market and push it either way. However, the crypto industry is never without any news.

A man was named Virgil Griffith was arrested and accused of delivering information on using crypto and blockchain technology to North Korea, therefor helping them evade sanctions. He was arrested on Thursday at the Los Angeles International Airport. Griffith was set to appear in federal court on Friday, where more information on the topic will be uncovered.

Bitcoin has had a slight price drop over the weekend. However, that slight drop was not insignificant. Bitcoin broke its $7,415 support line and is now trading just below it. This key support has now turned resistance.

Bitcoin’s volume is currently lower than where it was at during the weekend. As for the RSI value, the line is slowly falling towards oversold levels again. The key level of $7,415 has moved to the upside.

Ethereum’s struggle to declare its price as above or below the support zone ended during the weekend. The price followed Bitcoin and went down, but stayed contained within the support zone. The top of the zone now acts as resistance while the bottom acts as support.

With Ethereum’s RSI being pretty stable as well as a bit lower volume, Ethereum seems like its price will be staying within those bounds for some time.

XRP spent the weekend following Bitcoin in price. After failing to break its $0.235 resistance, which would be good key support, XRP started dropping in price. It did not establish any immediate support lines, and even though it looks quite stable at the moment, it is in limbo as its first key support level is $0.202. As it seems that XRP will not reach $0.235 anytime soon, it will have to find support at lower prices or create some form of support at levels near where it currently is.