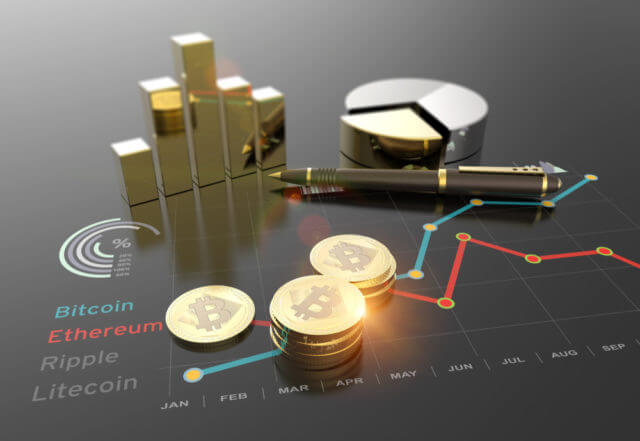 The cryptocurrency market did not move at all since our last report. After the bears took over the market for a short time, everything stayed calm. If we look at the past 24 hours, Bitcoin went down 0.31%, and it is now trading at $8,763. Ethereum lost 0.45%, while XRP went down 0.26%.

Of the top100 cryptocurrencies by market cap, the biggest gainer is Aurora, with 23.28% daily gain. The biggest loser of the day was DxChain Token, which lost 19.11% of its value.

Bitcoin’s dominance remained at the same place from the last time we checked the markets. Its dominance now sits at 65.87%. 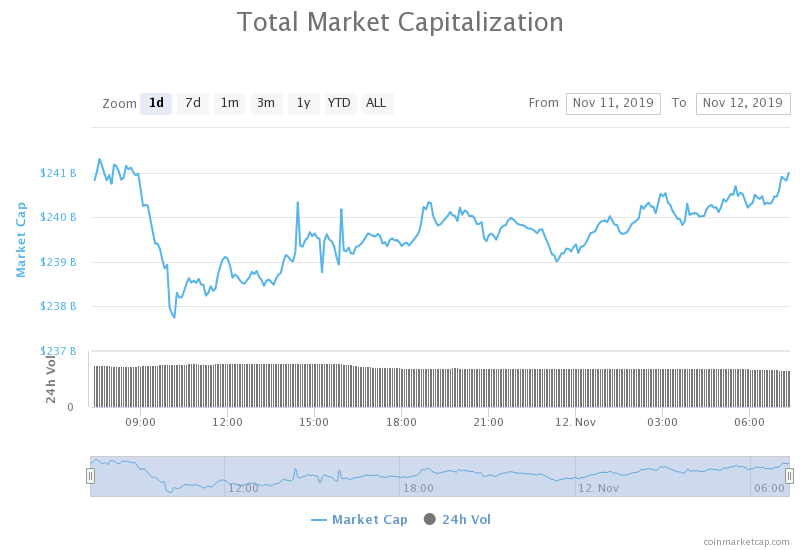 The cryptocurrency market as a whole now has a market capitalization of $240.87 billion.

There was no news that could spark up any moves to the upside or downside in the past 24 hours. As a matter of fact, after the markets dropped in price, everything stopped. No significant fundamental news worth noting, low volume in the markets, no significant price movement.

Ethereum is still in the same spot it was for the majority of the past week. Its price is contained within a range between the resistance line of $193.5 and a support line of $185. If we look at the past 24 hours, its price slowly decreased and tried to test the $185 key level, and even broke it downwards to $184,4 at one point. However, the bulls rallied and moved the price back up.

Ethereum’s volume is on extremely low levels when compared to the previous days. The key levels remain the same as Ethereum is back in the same position as it was before the weekend.

XRP is in a pretty interesting spot at the moment. Even though its price is contained within a range, its volume is rather high (and so is the probability of a move – to the upside or downside). After failing to break its resistance of $0.285, XRP is trading between that key level and its major support of $0.266.

As XRP’s RSI shows quite low values and its volume is high, there is a high chance of an attempt to break the key resistance level to the upside happening soon.