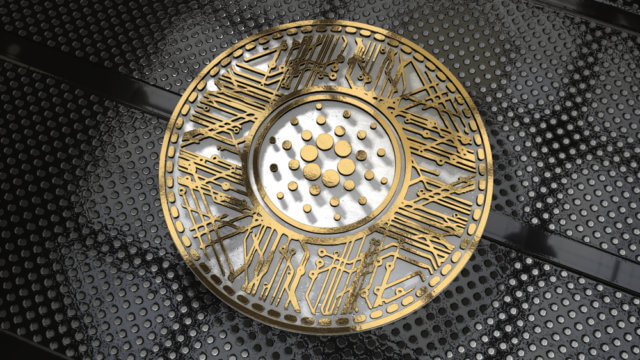 The crypto market went into a consolidation phase over the weekend. Altcoins seem to move up slightly more than Bitcoin in these phases. Bitcoin, the largest cryptocurrency by market cap, is currently trading for $9,372, which represents a 0.16% increase on the day. Meanwhile, Ethereum gained 1.55% on the day, while XRP went up 4.66%. 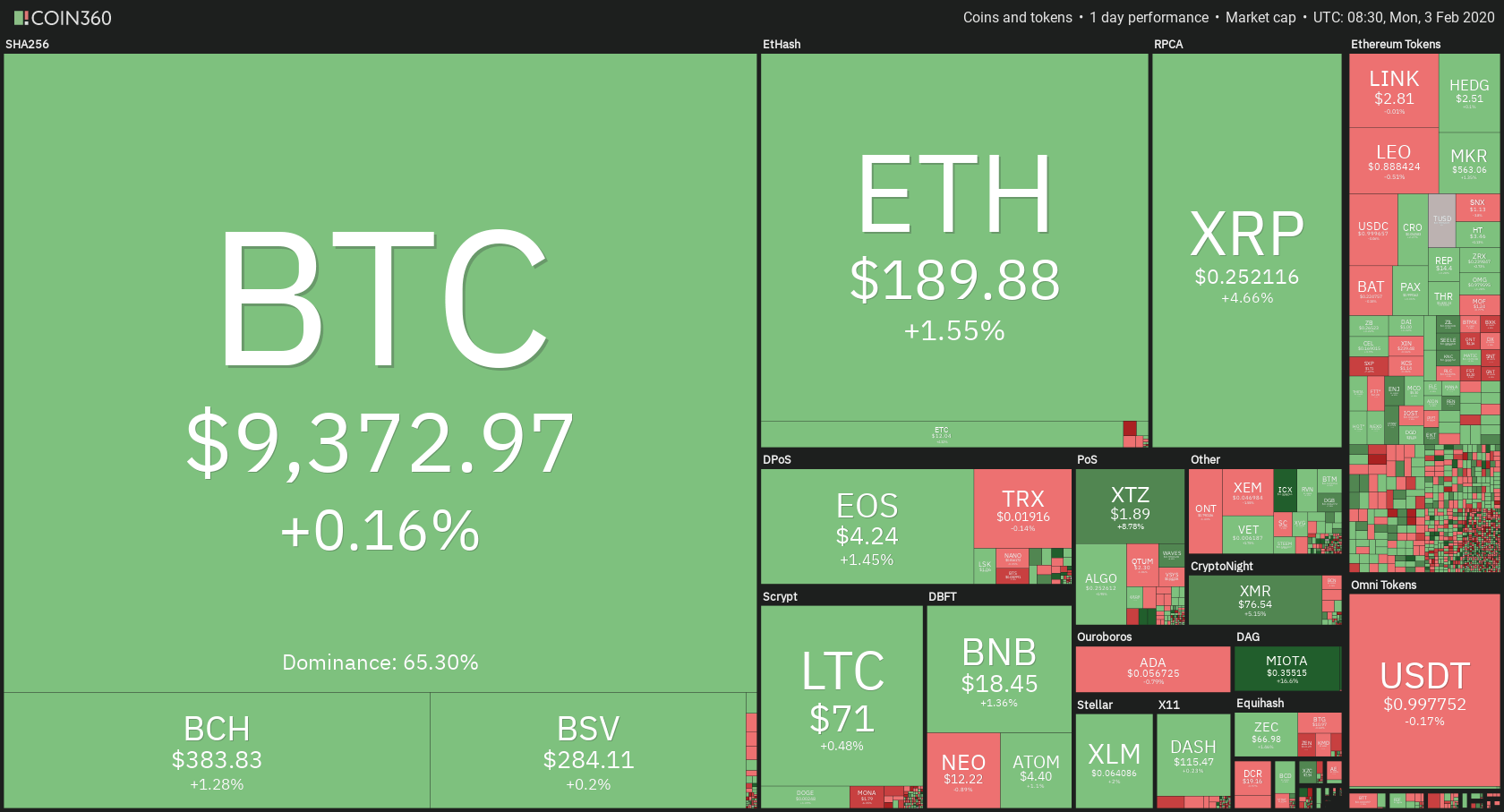 Bitcoin’s dominance decreased significantly over the weekend. It is now at 65.30%, which represents a decrease of 0.56% when compared to the value it had yesterday. 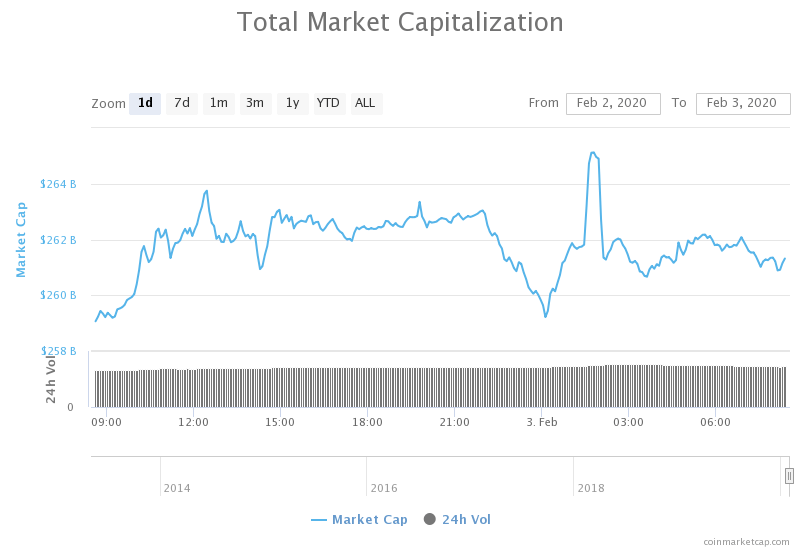 The cryptocurrency market capitalization stayed at pretty much the same level over the weekend. It is currently valued at $261.34 billion, which represents an increase of $0.97 billion when compared to Friday’s value.

The UAE’s Ministry of Health and Prevention, alongside the Ministry of Presidential Affairs, Dubai Healthcare City, as well as other relevant authorities, started operating on a blockchain-based health data storage platform.

The blockchain-based platform is built to improve the efficiency of MoHAP and others by using smart health services. Users will benefit from having a more streamlined search for health facilities as well as its licensed medical and technical personnel. It will also help with all inquires about medicine supply chains.

Cardano (ADA) seems to be on a green path, as its price is constantly rising. This is happening because of all the positive news surrounding it. Cardano’s co-founder and CEO of IOHK Charles Hoskinson announced building a new commercial strategy by partnering with PriceWaterhouseCoopers. This news was greeted well by the market participants, and the price of ADA surged over 30%.

Hoskinson claimed in an interview that once all the upgrades of the protocol are implemented, Cardano could become the most decentralized cryptocurrency the world has ever seen.

Bitcoin bulls tried to push the price above $9,500 over the weekend, but failed to do so on a couple ocasions. The largest cryptocurrency took the time after each failed attempt to establish its footing right around $9,300 levels. This is exactly where Bitcoin currently is, guided by the 14.6% Fib retracement from the move – usually not a well-respected retracement level. Bitcoin is currently trading between its nearest strong support of $9,251 and the $9,585 resistance level.

Bitcoin’s RSI is slowly reducing while its volume is average or slightly below.

Unlike Bitcoin, Ethereum did not consolidate in the past 24 hours. The second-largest cryptocurrency managed to push over the next resistance in the line ($185) and push towards new highs. The move faded as the bulls could not break $193.6 resistance. Ethereum is now trading below the level of $193.6 and above the support of $185.

Ethereum’s volume increased slightly while it was running up in price. Its RSI level dropped out of overbought on the 4-hour chart and is now in the upper part of the value range.

XRP was explosive today. Its price surged as the bulls gathered to break the resistance of $0.2454. The move was fast and extremely explosive and brought the price from $0.236 all the way up to $0.262. However, XRP moved slightly down as the bulls got exhausted. It is now consolidating in the middle of the range, somewhere around $0.25.

XRP’s volume was elevated during the move but quickly came to normal. Its RSI level is near the overbought territory.