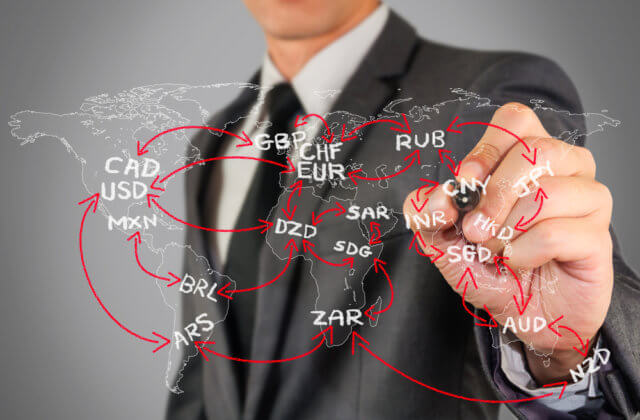 Regarding U.S. economic data, personal income grew 0.2% on month in December, below expectations of +0.3%, personal spending declined 0.3% in December (as expected).

The Market News International Chicago Business Barometer dropped to 42.9 in January, lower than 49.0 forecasts, and marking the lowest number since December 2015. The University of Michigan’s Consumer Sentiment Index (final reading) rose to 99.8 in January, exceeding 99.1 expected.

Looking forward, the breakout will likely be severe if the US ISM Manufacturing PMI (Jan) releases better-than-expected by a significant margin. By the way, the data is scheduled to release at 14:45 GMT. The currency pair may also take directions from the final German and Eurozone PMI numbers for January and speech by ECB’s De Guindos and German Bundesbank’s Weidmann.

Besides, the U.S. Commerce Department will report construction spending in December (+0.5% on month expected). The ISM (Institute for Supply Management) will release its manufacturing index for January (48.4 expected). The WARD’s Automotive Group will report vehicle sales in the U.S. (16.8 million units expected).

On Monday, the EUR/USD hasn’t changed much than before as it continues to trade at 1.1020 area, testing the downward channel around 1.0990. It also marks a triple bottom level of around 1.0990.

The GBP/USD jumped 0.8% to 1.3201, the highest level since January 01. Sterling accelerated distinctly higher late last week following the Bank of England unchanged interest rates decisions. Nevertheless, the pair is seen under pressure in the early day to wipe out Friday’s gain.

As per the British PMI, the activity gauge is expected to confirm the initial 49.8 marks but will likely boost the GBP currency pair if it manages to cross 50.00. Besides this, U.S. numbers may provide better results and could strengthen the greenback.

Manufacturing figures out of both Europe and the U.K. gave indications of stabilizing and potential for additional recovery. Markit described the purchasing managers’ index in the U.K. for the manufacturing area to rise to 50, taking it out of a recession.

The GBP/USD is peaking out of the symmetric triangle pattern, which was keeping the pair supported above 1.2961 along with resistance at 1.3050. For now, the pair may find resistance around the double top pattern around the 1.3155 area. The pair is very likely to trade with in the same range due to a lack of related economic events. However, a bullish breakout of 1.3150 level can cause a bullish trend in the GBP/USD prices until 1.3256.

On the lower side, the support prevails at 1.2961 and 1.2900. Taking a look at the MACD and RSI, both are holding in the selling zone, and are supporting the concept of selling. Keeping this in mind, we can go for selling trade below 1.306 today.

The USD/JPY currency pair continues to flash red and hit the lowest level of 108.30 since early January, mainly due to the risk-off market sentiment in the wake of intensified fears of coronavirus outbreak. As d writing, the USD/JPY currency pair is currently trading at 108.50 and consolidates in the range between the 108.31 – 108.58.

On the news front, the Fears of coronavirus outbreak have increased stronger during the weekend because the numbers of affected peoples crossed 14,300, whereas the death losses rose above 300. Apart from the coronavirus, there is another virus that occurred in Hunan that name is H5N1 bird flu virus.

It should be noted that China’s market opened again for trading for the first time since January 23, which was closed due to the extended Lunar New Year holidays, but now its time to end the holidays. As we all well aware that during the holidays there have many changes came in the wake of coronavirus. Moreover, the coronavirus has pressurized the investors.

However, the disease caused more than 300 lives in China and has affected 14,380, according to a report from China’s state broadcaster CCTV on Sunday. Whereas, the virus crossed SARS that threatened markets in 2002/03, while another reason behind the intensifying tension is an outbreak of the deadly H5N1 bird flu in a field in the Shuangqing area of Shaoyang City.

The Chinese government has wasted the New Year celebrations to save the peoples from the virus. However, Vice Governor of Hubei Province, where the infection started, conveyed his worries and poured cold water on the government’s efforts.

The USD/JPY pair continues to maintain the sideways trading range of 109.250 – 108.850. The pair is still holding within the upward channel, which is keeping the trading sentiment bullish. The USD/JPY may find resistance around 109.250, which is the same level that provided support to the USD/JPY earlier. We can see selling below this level until 108.520. Moreover, the RSI and MACD have crossed over in the selling zone and are supporting the selling bias. Let’s look for selling trades below 109.150 today.