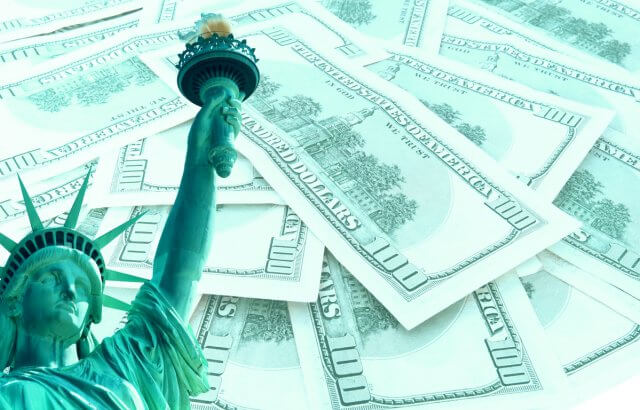 On the news side, the eyes will remain on the UK GDP and U.S. CPI figures. U.S. inflation is expected to drop, and it can impact the U.S. dollar negatively. Conversely, the UK GDP figures are anticipated to have improved, but the prelim GPD seems to perform badly. A mixed response can be seen in news releases.

In the first session of Tuesday, EUR/USD pair took bids and surged above 1.18050 level, but after the release of U.S. economic data, the EUR/USD pair started to decline and posted losses. The pair ended its day on the same level it started its day with and hence, gave a smooth movement throughout the day.

The stock markets rushed to their higher level on this news, and the riskier currency Euro also gained from it in the early trading session. The gains continued after the release of macroeconomic data from the European side.

However, the gains could not last for long as the U.S. President Donald Trump announced that he was very seriously considering a capital gains tax cut to help job creation. If Trump gave another executive order on capital taxation, it would likely face legal challenges as it would push the boundaries of the President’s executive orders.

The EUR/USD pair is trading at 1.1720 level, testing the triple bottom support level of 1.1714 level. Closing of candles below 1.1710 level can drive more selling in the pair until 1.1639 level. On the higher side, the EUR/USD pair may find resistance at 1.1793 level. Three black crows on the 4-hour timeframe are suggesting odds of selling trend continuation in the EUR/USD.

The GBP/USD pair was closed at 1.30470 after placing a high of 1.31318 and a low of 1.30413. Overall the movement of GBP/USD pair remained bearish throughout the day. The GBP/USD pair dropped on Tuesday and posted losses as the unemployment benefits claims surged in the local country and also because of the strength of the U.S. dollar onboard.

The most important data on Tuesday was the clamant count change from the U.K. that showed that more people applied for unemployment benefits in July. According to the Office of National Statistics, around 730,000 people have become unemployed since March this year, and since June, further 114,000 people have lost their jobs.

However, the jobless rate remained flat at 3.9% in June; this reflected that the number of people who had given up looking for work increased.

The ONS Deputy national statistician, Jonathan Athow, said that the labor market had continued its recent fall in employment and significantly reduced work hours because many people were furloughed.

The people without a job and those who were not even looking for a job but wanted to work increased as the demand for workers was depressed.

It is also believed that the full extent of Britain’s’s job problems has been hidden under the Government’s furlough scheme, which promised to cover 80% of the salaries of workers who could not work due to lockdown.

The USD/JPY pair was closed at 106.491 after placing a high of 106.682 and a low of 105.870. Overall the movement of the USD/JPY pair remained bullish throughout the day. The USD/JPY pair extended its previous day gains and rose for the 3rd consecutive day on Tuesday amid increased risk appetite in the market. The Russian vaccine, U.S. Stimulus package, Trump’s executive orders, and the rise of the equity market drove Tuesday’s move of USD/JPY pair.

In the early session of Tuesday, the President of Russia, Vladimir V. Putin, announced that the Russian government had approved the world’s first coronavirus vaccine. Putin said that his daughter had taken the vaccine in a cabinet meeting, and it has worked adequately enough to declare it safe.

However, global health authorities have said that the vaccine has to complete the last stage of clinical trials to be approved. Despite this, Mr. Putin thanked the scientists in a congratulatory note to the nation who developed the vaccine. He also said that it was “the first” very important step for Russia and generally for the whole world.

Scientists in Russia and other countries said that rushing to offer the vaccine before final-stage testing could backfire. Tens of thousands of people are included in the final stage of trials, and it could take months to prove its effectiveness.

However, investors cheered the news of the vaccine as it was long-awaited, and as in result, the risk appetite of the market rose. The equity markets surged that weighed on the safe-haven Japanese Yen, which ultimately pushed the USD/JPY pair higher, which keeps challenges the upbeat market tone. In the meantime, the White House National Security Adviser Robert O’Brien blamed China while saying that the “Chinese hackers have been targeting U.S. election infrastructure ahead of the 2020 presidential election.” These gloomy updates capped further upside in the currency pair by giving support to the safe-haven Japanese yen.

The USD/JPY trades sharply bullish to break out of the sideways trading range of 106.480 – 105.440. Bullish crossover of 106.480 level is opening further room for buying until 107.450 level. The RSI and MACD are also supporting bullish bias in the pair. A recent bullish breakout of 106.450 level can extend the buying trend until 107.390. The current market price of USDJPY is staying over 50 EMA, which extends support at 105.950 and may push the pair higher. Let’s consider buying above 106.480 level today. Good luck!