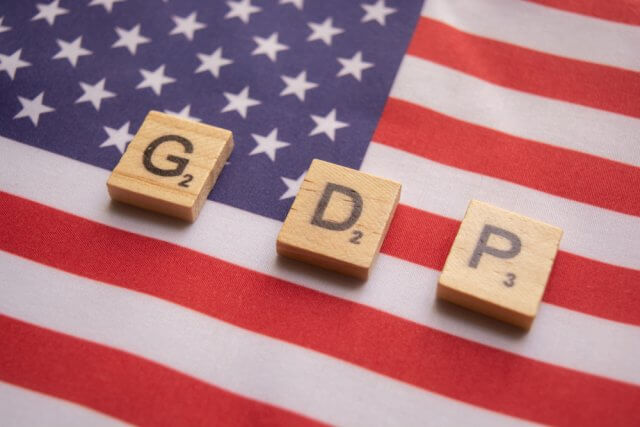 As risk aversion emerged in the market, the U.S. dollar became strong, and equity prices in Wall Street started losing as the speed of the U.S. dollar rallied. On the news front, the eyes will be on the U.S. Final GDP, Durable Goods Orders m/m, and Unemployment Claims figures due to come out during the New York Session. Overall the macroeconomic events are expected to be positive, and these may keep the U.S. dollar bullish today while keeping gold bearish.

The EUR/USD pair was closed at 1.12499 after placing a high of 1.13257 and a low of 1.12481. Overall the movement of the EUR/USD pair remained bearish throughout the day. The EUR/USD pair in the risk-off market sentiment moved in a downward trend on Wednesday on the back of strong U.S. dollar and U.S. tariffs on E.U. & U.K.

On late Tuesday, a document from the United States Trade Representative office said that the U.S. was considering an additional list of products from France, Germany, Spain, and the U.K. to be placed with 100% duty. The products included olives, beer, chocolate, coffee, gin, some trucks, and machinery. The enforcement of the new tariffs will potentially take effect from July 26. The move was taken against the long-lasting dispute with E.U. over subsidies to large civil aircraft manufacturers.

In October, WTO ruled that Germany, France, Spain, and the U.K. granted illegal subsidies to plane-maker Airbus and allowed the U.S. to impose $7.5 billion in duties as part of the punishment. Furthermore, in December, WTO also said that the European Union did not end its illegal subsidies, which gave the U.S. further room to impose new tariffs on European products.

This weighed heavily on Euro and dragged the pair EUR/USD towards the negative side. EUR/USD pair was already under pressure due to risk-off market sentiment & U.S. dollar strength. However, the losses were limited as the better than expected macroeconomic data from Europe gave some strength to the Euro. At 13:00 GMT, the German Ifo Business Climate for June exceeded the expectations of 85.0 and came in as 86.2 and supported EUR/USD pair. On the other hand, the Belgian NBB Business Climate was expected as -25.1, which came in June as -22.9 and supported Euro.

The EUR/USD pair has violated the upward trendline support level of 1.1280, and now it’s finding support around 1.1240 level. The violation of the 1.1240 level can also extend sell-off until 1.1195. The MACD and RSI are holding in a selling zone, which is supporting the selling bias. On the lower side, recently, the formation of a bearish engulfing candle is also suggesting a strong selling bias. Today, we should look for taking a selling position below 1.1240 level to target 1.1195 level, but don’t forget to monitor the U.S. GDP, and Jobless claims data as these are the main ones to impact the market.

The GBP/USD pair was closed at 1.24199 after placing a high of 1.25425 and a low of 1.24141. Overall the movement of GBP/USD pair remained bearish throughout the day. The risk perceived, GBP/USD currency pair came under heavy pressure after the risk appetite from market faded h gave strength to the U.S. dollar. The GBP was one of the worst-performing currencies on Wednesday after AUD & NZD. Along with decreased risk appetite, Brexit uncertainties also weighed on British Pound. Britain’s Prime Minister Boris Johnson also unveiled new easing measures across England from July 4. This indicted the reopening of pubs and restaurants and less social distancing.

On Brexit front, the E.U. chief negotiator, Michel Barnier, said that he was neither optimistic nor pessimistic about achieving a deal and also described himself as determined to break the deadlock. He also believed that the deal was still possible.

He showed concerns and said that a failure to reach a deal with the European Union would only damage the U.K.’s economy. He added that it was in particular interest of Britain to reach an agreement and avoid no-deal Brexit. He also added that the E.U. was willing to find a margin of flexibility on the sticking point of Britain’s fishing water, but he did not include the level playing field in this statement.

However, talks between E.U. & U.K. will start in the coming week, and the U.K. was an inch closer to the 1st July deadline for extending the transition period, which will end on December 31. On the data front, there was no macroeconomic data to be released from the U.K. so, the pair showed technical movement and followed the U.S. dollar on Wednesday.

At 18:00 GMT, the House Price Index for April from the United States came in as 0.2% against the expected 0.3% and weighed on the U.S. dollar. But GBP/USD pair failed to give attention to the macroeconomic data from the U.S. and continued falling on the back of a key technical level, which was rejected.day.

The Cable continues to trade with bearish momentum to trade at 1.2406 level, having violated the 1.2460 support level. This level is now working as resistance and can lead the GBP/USD prices until 1.2460 level. On the downside, the GBP/USD may gain support at 1.2380 level and 1.2336 level. Considering the recent bullish crossover on the MACD and bearish bias extended by the RSI, the pair is confusing traders about which way to move. The 50 periods EMA is still suggesting selling bias; therefore, we should consider taking selling trades below 1.2459 level today.

The USD/JPY pair was closed at 107.050 after placing a high of 107.069 and a low of 106.382. Overall the movement of USD/JPY remained bullish throughout the day. The USD/JPY pair extended the rebound on Wednesday, which was started on Tuesday from the lowest level in seven weeks, near the 106.00 level. The surge in USD/JPY prices was due to the U.S. dollar’s strength across the board.

The Japanese Yen failed to benefit from the declines in the Wall Street Journal and lower U.S. yields. The Dow Jones fell almost 3% on the day, and the S&P 500 fell 2.70%. The U.S. Treasury yield of 10 Years fell to 0.679%. Usually, the risk-off market sentiment tends to give strength to Japanese Yen on Wednesday, the yen fell, and the U.S. dollar gained traction on the back of increasing concerns related to coronavirus contagion.

The President of Chicago Fed, Charles Evans, said on Wednesday that no one at the central bank was thinking about negative interest rates and if Fed moved there it would be a big surprise. He said that there was more space for monetary stimulus and expected the economy to rebound in the other half of the year.

On the other hand, The Bank of Japan offered 8.28 trillion yen (US$ 77.74billiom) in loans to financial organizations under a new lending program. The new fund was aimed at channeling funds to cash strapped firms hit by the coronavirus pandemic. BOJ also eased monetary policy in March & April by pledging to buy more assets, gobble up unlimited amounts of government’s debt and create lending facilities to channel more money to firms.

After BOJ decided to pay 0.1 % interest to financial institutions for taking up loans from the central bank, the number of participants surged to 180 from only 18 in March. The central bank announced that the three-month loans would be extended from Thursday through December 25. On the data front, the Services Producer Price Index (SPPI) from Japan for May came in line with the expectation. From the American side, the House Price Index for April came in as 0.2% against 0.3% expected and weighed on USD.

The USD/JPY is trading with a bullish bias at 107.191 level, but the closing of recent candles below 107.220 level can drive selling or correction un the market. Although the pair has violated the downward trendline resistance at 107 level and technically, it should show us more buying in the USD/JPY pair. But we also need to consider the double top resistance level of 107.250. I will be happy to take a buy-trade if the USDJPY manages to break above 107.250 level to target 107.650 today. Good luck!