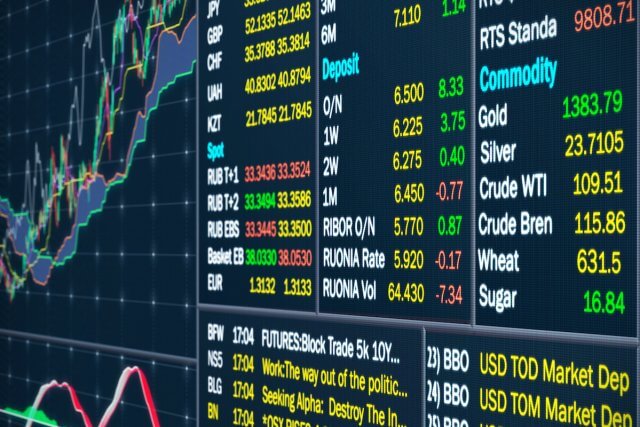 The U.S. dollar after this lost demand in the market and Wall Street’s main indexes started to move in positive territory. The U.S. Dollar Index dropped below 98, which further pushed the rising prices of EUR/USD pair on Monday.

On the news side, the economic calendar isn’t likely to have any high impact on economic events. Therefore, the market will wait for ADP figures tomorrow and NFP figures by the end of the week.

The EUR/USD pair was closed at 1.11337 after placing a high of 1.11539 and a low of 1.11003. Overall the movement of the EUR/USD pair remained bullish throughout the day. On Monday, the EUR/USD pair rose for the 6th consecutive day, extended its previous day gains, and moved above 1.11500 level, which was highest since March 17.

Most major European markets were closed due to Whit Monday, which limited the trading activity for a large part of the day. Data from the United States showed that ISM Manufacturing PMI in May came in worse than expectations and weighed on the U.S. dollar. The ISM Manufacturing PMI was expected to rise by 43.6pints, but instead, it came as 43.1.

The U.S. dollar after this lost demand in the market and Wall Street’s main indexes started to move in positive territory. The U.S. Dollar Index dropped below 98, which further pushed the rising prices of EUR/USD pair on Monday.

The bullish bias of the EUR/USD continues to prevail in the market as the EUR/USD is heading north towards the next target level of 1.1150 level. A bullish breakout of 1.1150 level may lead the pair towards 1.1220 level today while support holds around 1.1080 level. Bullish bias seems dominant today. Consider taking buying trades over 1.1140 level to target 1.1199.

The GBP/USD was closed at 1.24884 after placing a high of 1.25064 and a low of 1.23236. Overall the movement of GBP/USD pair remained bullish throughout the day. The British Pound rose to near one month high against the U.S. dollar on Monday, ahead of Brexit talks, which are scheduled on Tuesday. Market participants are cautious and fear that the U.K. and E.U. might fail to make progress on upcoming trade talks. Sterling rose above 1.2500 level, which is its highest since May 5.

The chances for any real progress in negotiations between the E.U. and U.K. are very low, and that is why GBP/USD was raised on Monday on the back of increased risk sentiment. Time for agreeing to extend the transition period by June 30 deadline is running out when the U.K. had already denied extending the transition period, the risk for no-deal Brexit increased and made investors cautious.

Market participants are buying Sterling with hope for failure in the next round of talks and catching big moves on Tuesday, and this large buying on Monday gave a push to GBP/USD pair. No-deal Brexit would further harm the already disturbed economy of Great Britain due to the coronavirus crisis, and it would make the recovery even more difficult.

Some market participants think that the increased economic growth concerns have made Britain’s bargaining power a little less, and they are waiting to place any big move.

On the data front, at 13:30 GMT, The Final Manufacturing PMI from Britain in the month of May came in line with the expectations of 40.7. The U.S. dollar was weak across the board due to the poor-than-expected ISM Manufacturing PMI release, which came in short of expected 43.5 as 43.1 and weighed on the U.S. dollar. The weak U.S. dollar further added in the upward trend of GBP/USD on Monday.

The GBP/USD continues trading bullish as it has violated the double top resistance area around 1.2545 level. Bullish crossover of this level is now likely to extend the buying trend until 1.2600, but on the way, the upward channel’s upward trendline is expected to provide resistance around 1.2560, while the support level stays at 1.2480 today. On the 4-hour timeframe, the 50 EMA is suggesting bullish bias, and now the MACD is suggesting buying trend in the GBP/USD pair as the histograms are forming above zero levels. Consider taking buying trades over 1.2510 and selling below the same level today.

The USD/JPY was closed at 107.587 after placing a high of 107.855 and a low of 107.376. Overall the movement of USD/JPY remained bearish throughout the day. The pair USD/JPY started its week on the back foot as the U.S. dollar faced pressure due to increased protests across the U.S. The U.S. Dollar Index extended its losses and moved below the handle of 98.

Thousands of protesters came out to the streets of cities around the U.S. despite curfew orders on Monday. The protests were against the killing of George Floyd, a black man in police custody. Angry protests continued nationwide a week after George Floyd’s death. Reports of looting, destruction, and firing came in from across the cities. On Monday, police used tear gas to clear a path for Donald Trump to visit a damaged church. Thousands of arrests have been made, and five deaths and millions of dollars in property damage were reported, which made investors sell the U.S. dollar, and hence, the U.S. dollar became weak across the board.

The threats of revoking phase-one trade deal, which was signed in January, are increasing day by day with the increasing tensions between China & the United States.

On the data front, at 4:50 GMT, the Capital Spending for the quarter from Japan was increased by 4.3% against the declined forecast of 5.1% and gave strength to JPY. At 5:30 GMT, the Final Manufacturing PMI for May came in line with the expectations of 38.4 from Japan. The stronger than expected data from Japan gave strength to the Japanese Yen and added in the downward pressure of the USD/JPY pair.

The closely watched and long-awaited ISM Manufacturing PMI fell short of expectations and weighed on the U.S. dollar resulted in a downward trend of USD/JPY at the starting day of the week.

On Tuesday, the USD/JPY pair continues to trade sideways, maintaining the same trading range of 107.950 – 107.400. On the 4 hour timeframe, the USD/JPY pair has crossed below 50 EMA and has also formed a bearish engulfing candle supporting bullish bias among traders. The USD/JPY pair may find support at 107.425 and resistance at 107.900 level while the breakout of this range will determine the next trend in the pair. Today let’s consider buying over 107.400 and resistance around 107.900. All the best for today!