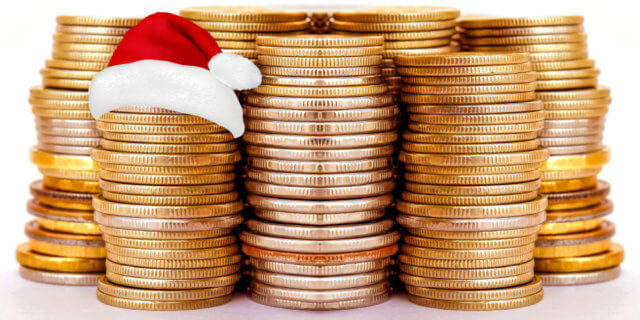 The British pound was little changed at $1.3004. U.K. House of Commons voted 358 to 234 in support of Prime Minister Boris Johnson’s Brexit deal.

Regarding U.S. economic data, third-quarter GDP growth was confirmed at an annualized rate of 2.1% on the quarter (as expected). Meanwhile, personal income rose 0.5% on month in November (+0.3% expected) and personal spending grew 0.4% (as expected). Later today, economists expect durable goods orders to rise 1.5% on month in November, while new home sales are anticipated to fall to 730,000 units.

The greenback strength held ground against the EUR currency over intensifying trade tensions, which pushed Germany to the recession. Besides this, the European Central Bank further delivered the rate cut into the negative territory during September and declared a fresh bond-buying program.

The market is expecting that the EUR/USD currency pair may pick up the strong bullish buying in 2020. Whereas, the continued gains could remain difficult if the Eurozone economic data do not show any substantial progress.

The EUR/USD is trading with the slightly bearish sentiment, and it’s very likely to test the next support area around 1.1110 on the 4-hour chart. The bearish breakout of this level can trigger further selling until 1.1085. Conversely, the bullish bias can lead the EUR/USD to 1.1125 and 1.1160 resistance levels. Let’s wait for the sell trade below 1.1110 today.

The GBP/USD currency pair failed to extend its bearish weekly streak despite the United Kingdom’s political uncertainty. As of writing, the GBP/USD currency pair is currently trading at 1.3013 and consolidates in the bearish range between the 1.2990 – 1.3017. Moreover, the cables traders seem to avoid declining political optimism in the United Kingdom.

The British pound was little changed at $1.3004. U.K. House of Commons voted 358 to 234 for Prime Minister Boris Johnson’s Brexit deal.

The United Kingdom Prime Minister Boris Johnson succeeded in getting his European Union Withdrawal agreement bill passed from the new Parliament. Whereas, the House of Common has not passed the bill so far, but will have lesser stops considering the Tories majority.

The USD/JPY was broadly flat at 109.44. The USD/JPY currency pair flashing green and picked up the bids to 109.50, mainly due to the United States President Donald Trump Weeknd’s positive comments. The pair also got support from the United States upbeat data, which turned the market risk-on.

On the Weekend holidays, the United States President Donald Trump said: “We have just achieved progress on the trade deal, and we will be signing it very soon. The same motivates the risk-takers to start the holiday-shortened week on a positive side.

It is worth to mention that the Fridays strong United States GDP hit down the talks of the slowdown. Moreover, the reason behind the greenback strength was the upbeat data from the U.S., including Personal Consumption Expenditure and the Michigan Consumer Sentiment Index.

Looking forward, the market traders will take note of the November month U.S. Durable Goods Orders, up for publishing on Monday, to verify the fresh, positive data from the U.S. The report of Durable Goods Orders is anticipated to increase by 1.9% from downwardly revised 0.5% previous.

Besides this, the November month Chicago Fed National Activity Index, as well as New Home Sales, will also entertain traders before spreading the holiday mood. Whereas the activity gauge is anticipated to recover to -0.09 against -0.71 earlier, the housing data could soften to 0.728M against 0.733M prior.