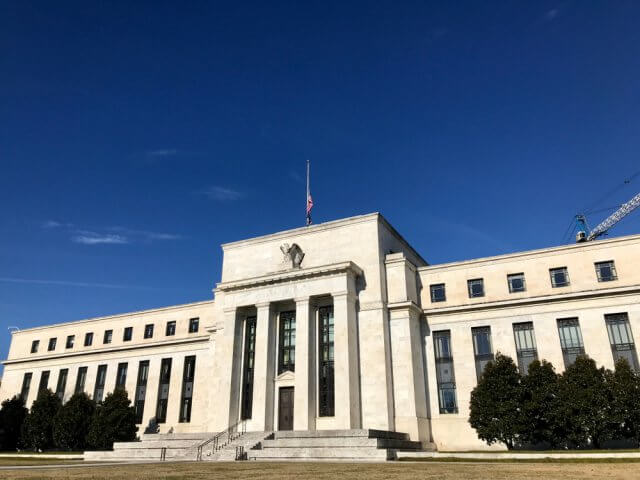 On Tuesday, eyes will be on the U.K. Jobless claims data, which are coming out shortly. COVID could badly impact the news release, and it may drive selling bias in the Sterling pairs. Besides, the G7 meeting and Fed Chair Powell testimony will also remain in the highlights today.

The EUR/USD prices were closed at 1.09141 after placing a high of 1.09268 and a low of 1.07966. Overall the EUR/USD pair remained strongly bullish throughout the day. The EUR/USD pair surged to its highest since May 5 on the back of a proposal, which was announced by France & Germany on Monday. Both countries joined to provide $543 in recovery fund, which would offer grants to regions of the bloc, which were highly affected by coronavirus pandemic.

They also proposed to allow the European Commission to borrow more money on markets to finance the fund. The president of the European Central Bank, Christine Lagarde, has been urging more fiscal measures and welcomed and targeted the Franco-German proposal. She said that monetary policy transmission was as important as the policy, and there was no risk to the euro currency, which was irreversible.

Single currency euro gained on Monday due to the jointly raised debt from France & Germany. The pair EUR/USD rose above 1.0900 level and gave a robust bullish move on that day. The U.S. dollar, on the other hand, remained weaker due to increased risk appetite in the market after the hopes for a possible COVID019 vaccine increased in the market. The optimism raised after the first trial of the vaccine gave early reports positively and increased the demand for riskier assets like EUR/USD pair.

The markets were fueled by the increased hopes for a vaccine and the rising risk-appetite in the market along with the announcement of a recovery fund worth 500 billion euros by German Chancellor Merkel and French President Macron. The fund was introduced to reduce the effect of coronavirus pandemic on the region’s economy.

Across Europe, many measures have been taken to reduce the coronavirus impact on the economy, including PEPP bond purchases by ECB, the 55billio package from Italy government, and the extension of job retention scheme from the U.K.’s Chancellor. Apart from the measures mentioned above to recover the eurozone’s economy, more measures might include more asset purchases in June.

The EUR/USD is trading at 1.0817, trading below 50 periods EMA resistance at 1.0838 level. Last week, the pair bounced off over the double bottom support level of 1.07756. The direct currency pair is consolidating in a sideways range of 1.09070 – 1.09250, and violation of this will determine further trends in the market. On the higher side, the EUR/USD pair may head upward until the next target level of 1.0956 level while support holds at 1.08850 today.

The GBP/USD pair was closed at 1.21952 after placing a high of 1.22272 and a low of 1.20752. Overall the movement of GBP/USD pair remained bullish throughout the day. The pair GBP/USD spiked to fresh daily gains around 1.2200 level during early American sessions on the back of broad-based U.S. dollar weakness and increased risk appetite.

GBP was dropping continuously in previous sessions on the back of delayed Brexit talks, which could result in no-deal Brexit. Still, on Monday, it showed a recovery after the renewed U.S. dollar selling bias. The Sterling was supported by the weak U.S. dollar on Monday and was forced to move upward.

In recent months, the trade talks between the U.K. & E.U. has shown no progress due to increased frustrations over each other’s ideological approach and lack of understanding. Diplomats & officials had forecasted that before the deadline of June 30, the questions would be raised in the market for companies about future trade between U.K. & E.U. Before coronavirus, the total amount of trade between the world’s fifth-biggest economy and its biggest trading bloc accounted for 650 billion pounds.

The negotiation between U.K. & E.U. has been affected due to video-conferencing; officials suggested that if they had to conduct meeting in a face-to-face environment, then results would have been different.

Britain left the European Union on January 31, and both sides now run under a tight schedule to sign a deal before 2021, when on 31st December U.K. will leave E.U. with or without a deal. U.K. wanted a free trade agreement with E.U. just like Canada has with E.U. or Japan while E.U. has been arguing for a wider agreement, including Britain’s proximity to the bloc.

The GBP/USD traded sharply bullish to trade at 1.2245 level despite the release of worse than expected Labor market reports from the U.K. At the moment, the cable is facing resistance around 50 EMA level, which holds at 1.2255 level. The closing of candles below 1.2260 can drive selling. Still, considering the recent bullish engulfing and long histograms of GBP/USD pair, we may see a continuation of a bullish trend in the Sterling. On the upper side, the violation of 1.2246 level may lead Sterling towards 1.2318 today.

The risk-on market sentiment on that day weighed on safe-haven Japanese Yen after the hopes about quick global economic recovery re-emerged in the market. A coronavirus vaccine trial gave hopes to the possible cure for the virus and revived optimism in the market to raise stock indexes.

A company named Moderna has announced that its first human trials for its coronavirus vaccine reported more or similar blood levels, which include virus-fighting antibodies in participants than the recovered patients of COVID-19. It reported that the vaccine could help improve the immune system.

According to the New York Times, A phase 1 study by Moderna has developed the vaccine in collaboration with the National Institute of Allergy, and Infectious Diseases has gone very well. Phase 2 of the study has been granted an expected enroll of 600 volunteers half older than 55 to provide additional immunogenicity data. Phase 3 will begin in July, which will aim at proving that vaccines could actually prevent the viral disease.

The technical side of the USD/JPY mostly remains the same as the pair continues to exhibit choppy sessions in between 107.480 – 107.029 level. Overall, the pair has formed an ascending triangle pattern, and it’s been trading within the same triangle pattern. Bullish crossover of 107.485 level may extend buying until the next resistance level of 107.650, and violation of this could determine the actual trend in the pair. So far, the traders seem confused over the market sentiments. On the lower side, the pair is facing support by the upward trendline, which holds around 107 mark. Let’s trade choppy until the violation occurs.