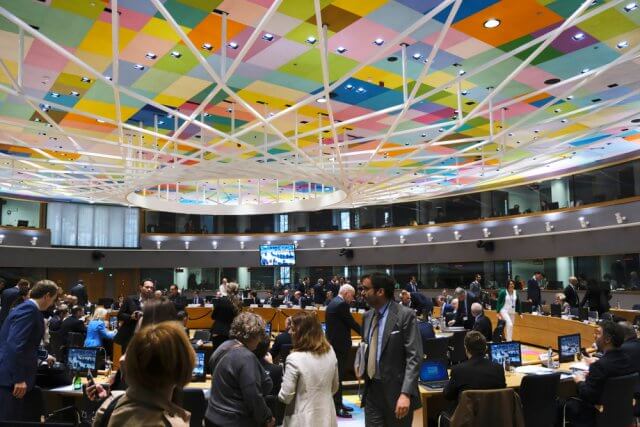 On the news front, the market seems to be muted due to a lack of high impact on economic events. The Eurozone’s German Buba report and current account data will remain in focus, but I highly doubt if this will drive any market movement.

The EUR/USD pair was closed at 1.14248 after placing a high of 1.14434 and a low of 1.13750. Overall the movement of the EUR/USD pair remained bullish throughout the day. The EUR/USD pair edged higher on Friday and rose near 1.145 level on the increased hopes for further progress on the European Union’s 750 billion euros recovery fund. As a result, the EUR/USD pair traders became optimistic that Eurozone’s economy could be on the road to recovery.

Traders expected some progress in the 2-day Summit even though the German Chancellor Angela Merkel was downbeat about a consensus between E.U. leaders over the recovery fund. She said that the differences were too large to predict that a positive result will reach this time. She added that though it would be desirable, we must be realistic. She said that to reach an agreement, a great deal of willingness to compromise was required, demanding very difficult negotiations.

Meanwhile, on the data front, at 14:00 GMT, the Final CPI from the Eurozone for the year in June came in line with the expectations of 0.3%. The Final Core CPI for the year also remained as expected, 0.8% from the Eurozone. From the U.S. side, the TIC Long-Term Purchases for May came in as 127 B compared to April’s -130.8B. At, 17:30 GMT, the Building Permits in June dropped to 1.24M against the expected 1.30M and weighed on the U.S. dollar. The Housing Starts, however, came in line with the expectations in June as 1.19M.

At 19:00 GMT, the Prelim UoM Consumer Sentiment for July dropped to 73.2 against the expected 79.0 and weighed on the U.S. dollar. The Prelim UoM Inflation Expectations in July increased to 3.1% from the previous 3.0%. The poor than expected data from the United States on Friday pushed the already rising EUR/USD pair.

Further weighing on the greenback was the escalating tensions between U.S. & China trade relations after US Trump’s administration was considering a blanket ban on all Chinese Communist Party members to the U.S.. This news made the markets cautious, and investors became seriously concerned over the economic recovery.

The greenback came under pressure due to its struggles against fighting the pandemic and coping with the increased number of unemployment claims that came in as 1.3M in recent weeks. The weak U.S. dollar helped the EUR/USD pair to gain its strength in the market.

The EUR/USD has tested the double top resistance at 1.1446 level, and now it’s finding support at 1.1410 level. The upward trendline on the hourly chart is also likely to support the pair around 1.1375 level. Chances of bullish trend seem solid today; therefore, the bullish breakout of 1.1445 level can lead the EUR/USD prices towards 1.1490 level.

The GBP/USD pair was closed at 1.25645 after placing a high of 1.25742 and a low of 1.25115. Overall the movement of GBP/USD pair remained bullish throughout the day. On Friday, Bank of England’s Governor, Andrew Bailey, said that Britain’s economy was starting to recover from its coronavirus lockdown induced crisis, but some job-intense sectors remained weak. He also added that the long-term outlook for the country remained unclear as well.

During a webinar organized by the central bank, Bailey said that the visible activity return could mean the beginning of the recovery. There were signs of activity returning in the Housing market and new car sales but not in hospitality and entertainment that employ many people.

The Governor also warned against the optimism of his chief economist Andy Haldane who has declared that there would be a V-shaped recovery in the economy post Coronavirus. He said that rebound would depend on people’s return to work and go shopping and dining out. He also said that recovery would depend on the progress of medical companies in finding cures and vaccines for the COVID-19 and also the impact of the second wave.

Earlier this week, Britain’s budget forecasters said that economy could shrink by more than 14% this year if there will be lasting damages by the pandemic. The British Pound continued to grind sideways on Friday as Governor Bailey provided gloomy comments, and traders became cautious. However, the U.S. dollar’s weakness kept the GBP/USD pair on the higher track.

Due to poor than expected macroeconomic data, the weak U.S. dollar caused a surge in GBP/USD prices on Friday in the absence of any macroeconomic data from Britain. Meanwhile, on Friday, the U.K.’s 38 Billion Dollars’ worth Stimulus package announced by Rishi Sunak came under fire after the opposition Labour Party called on the country’s spending watchdog to open an investigation over it.

The USD/JPY pair was closed at 107.021 after placing a high of 107.359 and 106.938. Overall the movement of the USD/JPY pair remained bearish throughout the day. The U.S. dollar was marginally lower in early European trade hours on Friday as traders looked past the resurgence in coronavirus cases worldwide and the need for a safe-haven. The U.S. dollar’s focus was on the likelihood of more fiscal stimulus ahead rather than on its safe-haven status.

The sharp increase in the central bank’s stimulus packages to protect economies from the consequences of the pandemic has weighed on the U.S. dollar. The U.S. reported 71,558 new COVID-19 cases on Saturday and made its second day in a row to post more than 70,000 cases, according to Johns Hopkins University. The average daily rise in cases improved by 18.34% as compared to one week ago.

The increasing number of cases urged U.S. lawmakers to partially shut the economies again to control the spread of the virus. This raised fears that economies will suffer from the re-imposed restrictions and calls for more stimulus packages emerged. The need for more stimulus packages from the U.S. and across the globe to save the economy for coronavirus induced lockdowns weighed on the U.S. dollar that dragged the USD/JPY pair on Friday.

On the flip side, there were also reports on the weekend that Trump’s administration was trying to block billions of dollars in an upcoming coronavirus relief fund that was allocated to states for conducting tests and contact tracing. Reports also suggested that Trump’s administration was also blocking the amount of 5 billion that was to be allotted to the Centers for Disease Control and Prevention.

Furthermore, the New York Federal Reserve President John Williams said that it could take a few years for the U.S. economy to recover from the pandemic, and it was not yet the time to think about rising interest rates. The long-lasting decreased interest rates also weighed on the U.S. dollar and kept the pair USD/JPY prices under pressure.

The poor than expected macroeconomic data from the U.S. weighed on the USD/JPY pair and dragged the pair below the 107 level.

The USD/JPY is consolidating in a broad trading range of 107.400 – 107, while the overall bias seems neutral at 107.191. The USD/JPY pair has recently crossed over 50 EMA, which extended resistance at 107 level, including now the same level will work as a support. The bearish breakout of the 107 level can extend the selling trend until 106.580.

Simultaneously, the bullish breakout of the 107.400 level can extend the buying trend until 107.600. The MACD and RSI support bearish bias, and we may take a selling trade below 107 and buying above the same level today. Good luck!