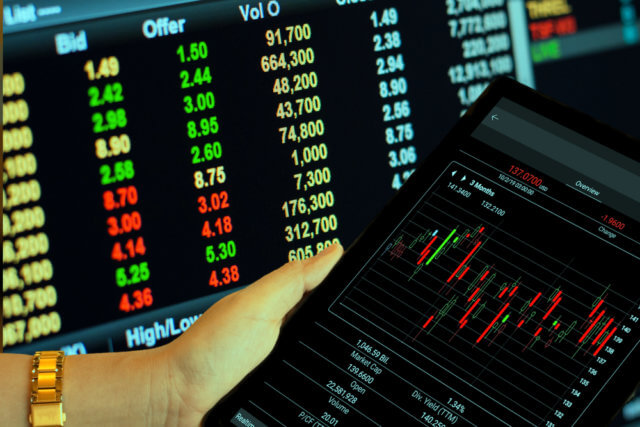 On the forex front, the U.S. Dollar Index was little changed at 96.84 on Friday. Being regarded as a haven-asset, the Japanese yen strengthened against the greenback as geopolitical risks increased. USD/JPY dropped 0.5% to 108.09, the lowest level since mid-October.

Besides, Iran vowed “severe revenge” on the U.S., while President Donald Trump threatened major retaliation on Iran if they do anything.

The EUR/USD currency pair hit the bullish track mainly due to U.S. Treasury yields, which dropped in the wake of risk-off sentiment. Besides, the greenback is also struggling to gain the ground. The EUR/USD pair is consolidating at 1.1164, consolidating in the range between the 1.1156 – 1.1172.

The on-going tension between the United States and Iran further intensified during the weekend after Iran’s supreme leader Ayatollah Ali Khamenei’s statement that Iran would take revenge for the U.S. killing of Iranian general Soleimani. The country also announced that it would not follow any restrictions imposed by the 2015 nuclear deal.

On the other hand, the United States President Donald Trump also gave warning regarding retaliation if the Iran attacks on United States personnel or assets.

The yield on the United States ten-year Treasury note dropped to a one-month low of 1.757% in Asia and is currently seen at 1.777% – down ten basis points on the day.

At the data front, the German retail sale for November and final PMI indices for December are scheduled for release. However, these data will likely avoid in the wake of geopolitical development.

On the 2 hour chart, the EUR/USD has tested the support level of 1.1130, which was being extended by the old triangle pattern. The U.S. Iran war sentiments are making EUR/USD weaker and are very likely to drive bullish bias until 1.1200 and 1.1245 level today.

Speaking about the leading indicators, the RSI and MACD are holding in the buying zone, demonstrating the bullish trend in the EUR/USD pair today. Consider staying bullish until 1.1240 today.

The GBP/USD currency pair shifted to bullish track from the two-day losing streak, mainly due to broad-based greenback weakness. As of writing, the GBP/USD is trading at 1.3160.

Just like the EUR/USD, the GBP/USD is also being influenced by the geopolitical tensions. On-going tension between the United States and Iran further intensified during the weekend after Iran’s supreme leader Ayatollah Ali Khamenei’s statement that Iran would take revenge for the U.S. killing of Iranian general Soleimani. The country also announced that it will not follow any restrictions imposed by the 2015 nuclear deal. As a result, the U.S. dollar is getting weaker.

At the Brexit front, the United Kingdoms’ opposition Labour Party will decide the schedule for the election to choose the next leader on Monday. Moreover, it seems like the contender Keir Starmer already accepted the Brexit while Jess Phillips says if Brexit fails, she will likely to rejoin the European Union.

The United Kingdom Prime Minister will meet the Ursula von der Leyen, European Commission President on Wednesday, and will likely discuss the Brexit process ahead. However, the daily mail hints that the senior Tory leaders are supporting Boris Johnson to kick off parallel post-Brexit trade talks with the U.S. to put pressure on the E.U.

The USD/JPY currency pair found on the bearish track due to the risk-off sentiment in the market and a greenback’s weakness. The USD/JPY pair is trading at 108.00 and consolidates in the range between the 107.77 – 108.12.

On the front of main headlines, the on-going tension between the United States and Iran further intensified during the weekend after Iran’s supreme leader Ayatollah Ali Khamenei’s statement that Iran would take revenge for the U.S. killing of Iranian general Soleimani. As a consequence, the markets have turned into risk-off sentiment, boosting demand for safe-haven assets like U.S. treasury, gold, and Japanese yen.

The USD/JPY is trading in a bearish channel, which is keeping it support near 107.750 for now. At the same time, the resistance is likely to be found around 108.250. The RSI and MACD are staying above 50 and 0, suggesting a bullish trend in the USD/JPY.

Technically the pair has the potential to drop further until 107.800 level, and violation of this could extend selling until 107.600. All the best!