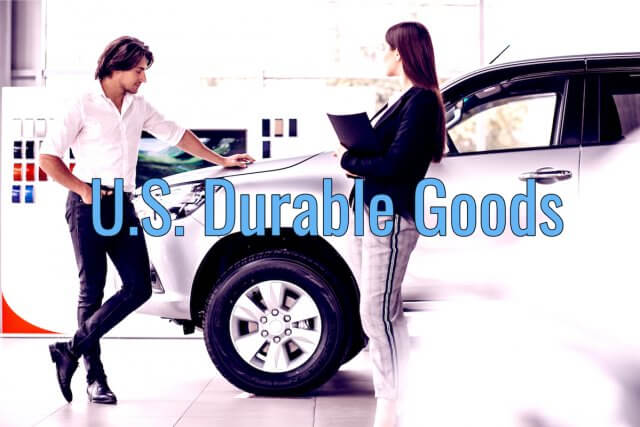 On the news side, eyes will remain on the German Business Climate, and the U.S. durable good as these have the potential to drive movement in the market gold and US-related pairs. Check out the trading plans below.

The EUR/USD pair was closed at 1.16543 after placing a high of 1.16579 and a low of 1.15810. The EUR/USD pair extended its 6th-day bullish rally and rose above 1.16500 level on Friday amid the broad-based U.S. dollar weakness. The declines in greenback boosted the currency pair EUR/USD as the marginal gains in the U.S. dollar failed to retain their position.

The U.S. Dollar Index raised to 94.80 level but turned to the downside after dropping to 94.40 level, the lowest since September 2018. The U.S. dollar currency was unable to stabilize as its weakness remained in place.

The main driver behind Friday’s rally in the EUR/USD pair was the U.S. dollar’s weakness. However, the economic data also supported this upside movement in currency pair.

At 13:00 GMT, the Flash Manufacturing PMI for whole bloc also rose to 51.1 from the anticipated 50.0, and the Flash Services PMI for whole bloc reached 55.1 in July from the expected 51.0. At 17:55 GMT, the Belgian NBB Business Climate dropped by 13.9 points against the expected drop by 14.3 points, and it also supported Euro as the business climate showed improvement.

The mounting numbers in infected people will likely weigh on the U.S. economy and its currency for a longer period, and the weakness in gold is likely to remain persistent. So, another rally in EUR/USD on Monday is expected unless news suggested otherwise.

The GBP/USD closed at 1.27945 after placing a high of 1.28034 and a low of1.27168. Besides, the trading of the GBP/USD pair remained bullish throughout the day. The GBP/USD pair gained on Friday and extended its bullish streak of the 6th consecutive day on Friday amid better than expected U.K. data and broad-based U.S. dollar weakness.

Despite U.K. data coming in favor of local currency, the other factor involved in the rally of GBP/USD pair was the U.S. dollar’s weakness. The greenback has failed to recover as U.S. yields were low and looking for support. Since March, the U.S. Dollar Index fell and posted the fifth weekly decline in a row with the worst performance. The index dropped below 94.5 level that is lowest since September 2018.

Meanwhile, the U.S. dollar weakness was further bolstered by the rising coronavirus cases across the states. The U.S. marked the second day with 70,000 plus new instances of coronavirus and deaths more than 1000 in 24 hours on Saturday. The total number of infections in the U.S. touched 4.1 M, and the death toll reached 145,324.

The hopes that the U.S. economy will take a long period to recover from the coronavirus crisis as it hit hardest the U.S. States kept weighing on the U.S. dollar. The U.S. Dollar drops across the board pushed the pair above the 1.2800 level, and analysts believe that if the dollar’s weakness remained still, the GBP/USD pair could reach the 1.3000 level.

The British Pound was also backed by the decreasing number of coronavirus cases in the U.K. It means that restrictions will be gradually removed, and these hopes supported Pound.

On Brexit front, the latest round of negotiations ended on Thursday without significant progress on the post-Brexit trade deal. Britain’s chief Brexit negotiator David Frost said that they would not reach a preliminary agreement by the UK PM Boris Johnson’s July deadline. However, although the expectations for striking a deal are very less, it could not lose attention. Next week, the Brexit talks, U.S. stimulus package, and the infection cases in the U.S. will be key to watch.

The GBPUSD is also trading in an overbought region, and now it can drop until 1.2825 level, which marks 23.6% Fibonacci retracement below this the next support will be found around 1.2770. At the same time, resistance stays at 1.2860 and 1.2930. The RSI and MACD are in the bullish region, but they are forming smaller histograms that suggest odds of selling bias. Let’s consider taking buying trade over 1.2760 until 1.2860 level today.

The USD/JPY was closed at 106.124 after placing a high of 106.902 and a low of 105.679. The USD/JPY pair extended its bearish streak for the second day towards the lowest of 2 years amid broad-based U.S. dollar weakness. The strong bearish pressure on the day came in after the souring market sentiment that helped JPY gather strength as a safe haven. The currency pair dropped below 106 level and extended its slide and reached its lowest since mid-March at 105.67.

The risk-averse market sentiment was boosted by the escalating tensions between the U.S. & China. Last week the U.S. sent a short notice to China to halt its consulate in Houston. In retaliation, China closed the U.S. consulate in Chengdu, and the tensions between the U.S. & China escalated. Besides, U.S. Secretary of State Michael Pompeo asked for an end of “engagement,” a policy that has defined US-China relations for nearly five decades. The policy is considered as the most important foreign policy achievement by China in recent history.

The safe-haven Japanese yen gained traction due to its safe-haven status, causing the USD/JPY pair to move in a downward direction. The U.S. Dollar Index dropped by 0.36% to its lowest level since September 2018 at 94.41 level and made the greenback weak across the board. The weak U.S. dollar weighed on the USD/JPY pair and pushed the pair to its two years lowest level.

The decreased PMI data from the U.S. could be attributed to the increased number of coronavirus cases from across the U.S. On Saturday, the U.S. marked the second day with 70,000 plus new instances of coronavirus and deaths more than 1000 in 24 hours. The total number of infections in the U.S. rose to 4.1 M, and the death number reached 145,324.

Next week, the FOMC meeting will remain dovish, and the scope for U.S. Dollars will remain on the downside. This will make investors to short USD positions that will cause further decline in the USD/JPY pair.

The USD/JPY trades with a selling bias around 105.526 level, trading within a downward channel that provides an immediate resistance at 106.120. On the lower side, the USD/JPY may find support at 105.375 level, and closing of candles below 105.375 can open further selling bias until 104.850. Overall the pair is forming lowers low and lowers high pattern, which signifies selling sentiment among traders. The RSI and MACD suggest selling signals; for instance, the RSI is holding below 50, and the MACD is staying below 104.866. Today, let’s look for sell trade below 105.800. Good luck!