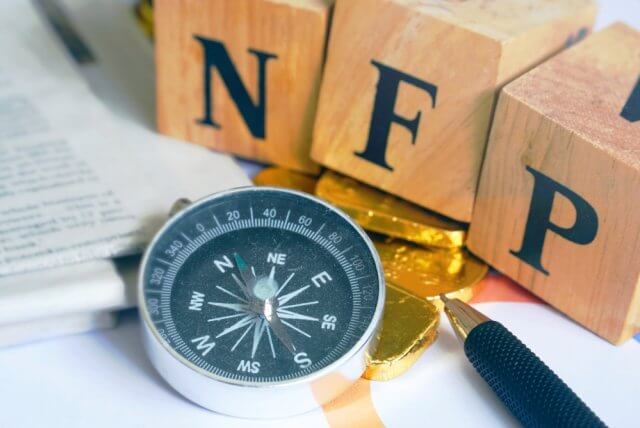 On Wednesday, the market is likely to exhibit sharp price actions in the wake of series of high impact economic events such as Final Services PMI, G7 Meeting, ADP Non-farm payroll, and Canadian monetary policy meetings. Most of the price action is expected to be driven by Advance Non-farm payroll figures, which are expected to perform slightly better than the previous month. It can drive buying in the U.S. dollar.

The EUR/USD pair was closed at 1.11687 after placing a high of 1.11958 and a low of 1.11149. Overall the movement of the EUR/USD pair remained bullish throughout the day. The EUR/USD pair extended its bullish rally for the 7th straight day on Tuesday due to risk-on market sentiment and made the risk-sensitive Euro to outperform the U.S. dollar. The pair rose to its highest since mid-march near 1.1196.

At 11:45 GMT, the Budget Balance from the French government was issued, which showed a deficit of 92.1B. AT 12:00 GMT, the Spanish Unemployment Change was decreased to 26.6K from the expected 230.3K and supported Euro, which ultimately raised EUR/USD prices on Tuesday.

The U.S. dollar weakened against its rivals, and the U.S. Dollar Index dropped to its lowest level in12 weeks at 97.43. The weakened U.S. dollar also gave support to EUR/USD gains on Tuesday.

On Wednesday, for Euro traders, the unemployment data will be looked upon for fresh impetus. While on Thursday, the European Central Bank will announce its monetary policy decision, which will be under close watch by the investors.

It is widely expected that ECB would extend the PEPP program to a total of 1 Trillion euros. If that happens, it would further add in the EUR/USD gains. Furthermore, on Tuesday, the European Commission started a process that could lead to reforms of drug manufacturing pharmaceuticals to limit shortages of vaccines and antibiotics and the availability of medicine more easily.

The move came in after the E.U. faced many difficulties in fighting the COVID-19 pandemic related to the healthcare shortcomings due to dependency of the bloc on foreign supplies of essential drugs and chemicals from India and China.

According to the European Commission, there was a need to build a holistic patient-centered pharmaceutical Strategy that could cover the whole life cycle of pharmaceutical products i,e from its scientific discovery to authorization and patients access.

The bullish bias of the EUR/USD pair continues to drive an upward trend in the market, as it leads to EUR/USD prices to 1.1204. The pair is likely to find immediate support around 1.1150 level, while resistance holds around 1.1236 level. The overall trend is bullish, but we can expect a slight retracement until 1.1180 level before seeing additional buying.

The GBP/USD was closed at 1.25514 after placing a high of 1.25758 and a low of 1.24782. Overall the movement of GBP/USD remained bullish throughout the day. The GBP/USD pair continued its bullish track and rose for the 4th consecutive day on Tuesday and crossed a level of 1.25700 on the back of broad-based U.S. dollar weakness. Another factor in the upward rally of GBP/USD, along with the U.S. dollar weakness, was Pound’s strength due to renewed optimism in Brexit developments.

According to Brussels sources reported in The Times, U.K. was expected to signal compromises on fisheries and some trade rules if the E.U. agreed to back down from its demand for regulatory alignment and fishing access.

After this statement came into the market, the demand for British Pound increased, which raised the bars for GBP/USD pair across the board. However, the rally was on its way to posting remarkable gains but was dragged down after U.K.’s Prime Minister dismissed the report for compromising on key sticking points that have paused the progress in the post-Brexit deal.

The U.K. rather expressed its desire to take control over access to its waters and fish after the transition period ends. U.K. showed disagreement to stick with the E.U.’s Common Fisheries Policy in which fishing quotas for E.U. member states are fixed.

The official spokesman of Prime Minister Boris Johnson said that the reports suggesting that the U.K. was ready to compromise on fishing and its waters were only “wishful thinking by E.U.” The remarks added to the growing concerns over the lack of progress on negotiations. The final round of detailed negotiations took effect from today, and results will be under close observation by British Pound traders. It should be noted that if both parties failed to secure a deal or agree on a point, it would demand an extension in the transition period. But Johnson has promised not to extend this period, which will lead to no-deal Brexit.

Boris Johnson has suggested the country would accept a no-deal Brexit if London and Brussels failed to agree on new trade rules by December 31.

At 13:30 GMT, the Mortgage Approvals from the U.K. came in as 16K against the expected 34K and weighed on Pound. The Net Lending to Individuals came in negative as -6.9B against the expected 1.7B. A sharp fall in U.K. Mortgage approvals in April and House price suffering kept a lid on additional gains of GBP/USD.

The GBP/USD continues trading bullish as it has violated the double top resistance area around 1.2545 level, and now it’s testing the upward channel, which extends resistance around 1.2603. Bullish crossover of 1.2603 level is now likely to extend the buying trend until 1.2690. While the support level stays at 1.2550 today. On the 4-hour timeframe, the 50 EMA is suggesting bullish bias, and now the MACD is suggesting buying trend in the GBP/USD pair as the histograms are forming above zero levels. Consider taking buying trades over 1.2605 and selling below the same level today.

The USD/JPY pair was closed at 108.675 after placing a high of 108.770 and a low of 107.512. Overall the movement of USD/JPY remained bullish throughout the day. The pair USD/JPY moved beyond 108.00 level and extended its gains to the fresh seven weeks high of 108.77. The increased risk appetite caused the upbeat movement of USD/JPY after the easing of lockdown measures from across the globe, which raised optimism about the quick economic recovery.

Despite the broad-based U.S. dollar weakness, the pair USD/JPY took its pace on the upside due to underpinned demand for safe-haven Japanese Yen in the risk-on market sentiment. On the other hand, the U.S. Dollar Index, which measures the value of the U.S. dollar against the basket of six currencies, fell 0.30% around 97.5 level on Tuesday.

President Donald Trump vowed to use military action against the increasing protests near the White House, which raised fears for even more disruptive economy of the United States. The protests were against the killing of an unarmed black man George Floyd in police custody two weeks ago. Other than that, China halted the purchases of U.S. Soybeans and pork on Tuesday against U.S. decision to revoke the special status of Hong Kong, which increased the ongoing tensions between the world’s two largest economies. China’s move could also lead towards the cancellation of phase one trade deal, which both parties signed in January.

On the data front, there was no economic report released by the United States on Tuesday, which left the pair at the mercy of market risk sentiment, which eventually drove the pair to 7 weeks’ highest level.

However, on Japan front, at 4:50 GMT, the Monetary Base for the year from Japan was increased to 3.9% from the forecasted 2.6% and supported the Japanese Yen. Traders will be waiting for the U.S. response against the move by China to halting the purchases of U.S. agricultural goods.

The USD/JPY bullish bias violated the series of resistance levels to lead the USD/JPY currency pair towards 108.770 level. The closings of bullish engulfing and three white soldiers candlestick patterns are likely to drive further buying until 109.125 level today. On the 4 hour timeframe, the USD/JPY pair has crossed over 50 EMA and has closed a few candles above resistance become support area of 108.350, which is supporting bullish bias among traders. The USD/JPY pair may find support at 108.350 and resistance at 109.125 level while the breakout of this range will determine the next trend in the pair. Today let’s consider buying over 108.35. All the best for today!