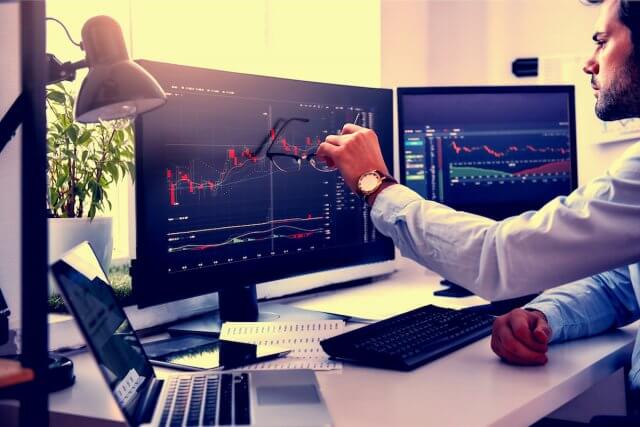 The fundamental side is again muted with a limited number of economic events that don’t have the potential to drive major movement in the market today. Therefore, the focus will remain on the technical side of the market.

The EUR/USD pair was closed at 1.12177 after placing a high of 1.12595 and a low of 1.11902. The EUR/USD pair posted losses on Thursday for the second consecutive day on the back of U.S. dollar strength amid risk-averse market sentiment. The worries over an increase in the number of coronavirus cases across the globe raised fears in the market. The number of death tolls in the U.S. topped to 120 thousand, and the number of rising cases reached 2.4M.

The S&P 500 declined to a 2-week lowest by 2.55% on Thursday. The U.S. Dollar Index rallied higher on the day but remained within a broader range near the starting point of the month. On the data front, at 11:00 GMT, the German GfK Consumer Climate for June supported Euro when it came in as -9.6 against the forecasted -11.7.

On Thursday, ECB released its last monetary policy meeting minutes, which revealed that ECB aimed to neutralize a German court ruling and to justify its bond purchasing scheme. ECB will also release confidential documents to curb the threat.

In May, Germany’s constitutional court threatened to block the central bank from participating in the stimulus plan unless ECB could prove that its government debt purchases exceeded the legal limits. German court provided a time period of 3 months to ECB to prove that. The critics argued that the bond purchases exceeded the ECB’s mandate, and the leading judge of the court said that ECB should not consider itself the ‘master of the universe.’

In monetary policy minutes, the ECB also underlined the delicate economic situation with millions of jobs at risk and inflation at weak levels. The forecast for Eurozone’s deep recession was also mentioned while stressing the efficiency of stimulus measures in helping to stimulate economic growth.

In short, the minutes send two messages: the ECB was ready to do more if needed, and the ECB efforts to end the conflicts with the German Constitutional court. Whereas, from the U.S., the Core durable goods orders for May increased by 4.0% against the forecasted 2.1% and supported the U.S. dollar. The Durable goods orders for May also increased by 15.8% against the expected 10.3% and supported the U.S. dollar, which weighed on EUR/USD pair on Thursday.

The EUR/USD is trading in a narrow range of 1.1243 – 1.1193 level, which limits the price action for now. On the lower side, the EUR/USD pair can drop towards 1.1145 level upon the bearish breakout of 1.1193 level, while the bullish breakout of 1.1243 level will allow us to go long. Simultaneously, the RSI and MACD are still in a bearish zone, while the 50 EMA also suggests selling bias. Therefore, we should look for selling trades below 1.1250 levels.

The GBP/USD pair was closed at 1.24184 after placing a high of 1.24642 and a low of 1.23888. Overall the movement of GBP/USD pair was flat throughout the day. The GBP/USD pair attempted to recover amid the hopes of Brexit breakthrough as the next round of face-to-face talks came. However, the fresh Brexit optimism was not expected to offset the disappointing U.S. coronavirus data giving strength to the greenback.

Britain’s chief negotiator David Frost warned Michel Barnier to ‘get real’ ahead of the face-to-face meeting in months. Both men will conduct an intensified round of talks at the Commission headquarters on Monday in a view to strike a breakthrough.

Frost said that he would go to Brussels in good faith to engage with the E.U.’s concerns, and this should be a real negotiation, and for that, E.U.’s unrealistic positions must have to change if they wanted the U.K. to move forward.

He added that U.K. sovereignty over its laws, its courts, and its fishing waters were not up for discussion. He also said that the U.K. did not seek anything that could undermine the E.U.’s single market. This raised the bars that the Brexit deal could be done when the face-to-face meeting will happen, but at the same time, the U.K.’s decision not to show any relaxation towards E.U.’s demands weighed on the positive expectations.

According to the European Social Survey (ESS), a pan-European poll carried out every two years, 56.8% of respondents in the U.K. showed a willingness to remain in Europe while 34.9% said that they would leave the bloc while 8.3% said that they would not vote at all. This survey also exerted pressure on GBP/USD on Thursday.

On the other hand, at the economic data front, the CBI Realized Sales from Great Britain remained flat with the expectations of -37 in June. While from the American side, the core durable goods order gave strength to the U.S. dollar when exceeded the expectations of 2.1% and came in as 4.0% and weighed on GBP/USD. The durable goods orders from the U.S. in May also exceeded 15.8% from the expected 10.3% and supported the U.S. dollar to weigh on GBP/USD pair. However, the Unemployment claims exceeded 1.480M from the expected 1.320M and weighed on the U.S. dollar, which supported the GBP/USD pair. Hence, the GBP/USD remained flat throughout the day.

The GBP/USD extends trading with bearish momentum at 1.2406 level, having disrupted the 1.2460 support level. This mark is presently serving as resistance and can point the GBP/USD prices lower until 1.2380 level. On the downside, the Cable may find support around 1.2380 and 1.2336 levels. Acknowledging the fresh bearish crossover on the MACD and bearish bias extended by the RSI, the pair can show us a bearish trend. The 50 EMA is also proposing selling sentiment; hence, we should consider taking selling trades below 1.2459 level on Friday.

The USD/JPY pair was closed at 107.050 after placing a high of 107.069 and a low of 106.382. Overall the movement of USD/JPY remained bullish throughout the day. The US Centers for Disease Control and Prevention (CDC) Director Robert Redfield recently said that the number of actual confirmed cases is ten times bigger than reported cases. The Redfield indicated that approximately 92 to 95 % of the U.S. population is still in trouble by the fears of ever-increasing virus figures. There are 37,667 new cases with 692 deaths in America on June 25 as per the latest report, which initially weighs on the risk sentiment and contributed to the yellow-metal gains.

The risk-off market was further bolstered by the latest report that the United States recently announced to impose fresh sanctions on eight entities connected with Iran’s metal industry that supply revenue for the country’s Revolutionary Guard Corps. As per the U.S. Secretary of State Mike Pompeo tweet, “Today, we are sanctioning nine entities for their connections to Iran’s metals sector. Iran’s leaders must stop squandering resources to support proxies abroad while Iranians suffer.” which adds strength to the risk-tone and weighs on the riskier assets.

It’s worth mentioning that the U.S. also imposed sanctions on a Chinese company known as the Global Industrial and Engineering Supply Ltd., for providing graphite — a vital material in Iran’s metal industry — to Tehran in 2019.

Moreover, the reason behind the risk-off market sentiment could also be associated with the report of a huge unconfirmed blast in Tehran and the trade wars between the U.S. and the rest of the major global economies. It should be noted that the police have started to look into an incident that happened over the last few hours in Tehran, where a bright light and loud sound in the eastern portion of Tehran were reported.

Besides the geopolitical tensions, the Federal Reserve recently banned 34 largest banks from share buybacks in the 3rd quarter (Q3). As well as, the Federal Reserve capped dividend payment to the second quarter (Q2) levels for these banks. While the U.S. central bank also released gloomy analyses, due to the coronavirus (COVID-19) economic impact, which exerted some downside press on the risk-tone.

The USD/JPY is consolidating with bullish sentiment at 107.191 marks, but the closing of recent candles underneath 107.220 marks can encourage selling or retracement. Although the pair has violated the downward trendline resistance at 107 mark and technically, it should dispense selling the USD/JPY pair below 107.225. But we also require to recognize the double top resistance mark of 107.250. I will be glad to take a sell-trade if the USDJPY holds below 107.250 level to target 106.450 today. Good luck!