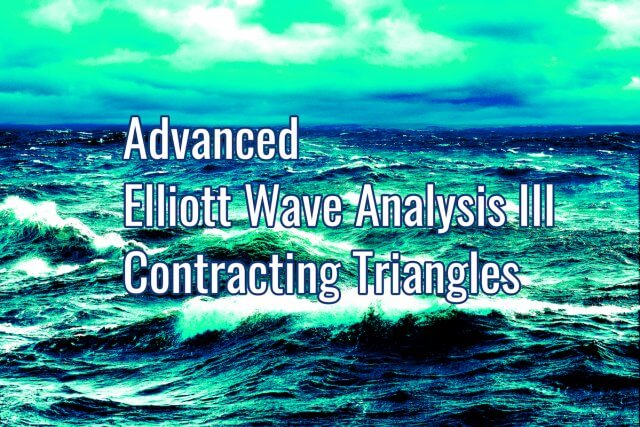 The triangle pattern is the third basic model of the corrective structures defined by R.N. Elliott. The triangle contains five internal segments and tends to appear in waves 4 and B.

In this educational article, corresponding to the third of four parts, we’ll present the triangle pattern variations and its implications in the wave analysis. In particular, we’ll discuss the contracting triangle pattern and its restrictive subcategory.

This type of triangle is the most frequently identified in the real market. In this group, there are two types of triangles, restrictive and non-restrictive contracting triangles.

All contracting triangles have a similar shape in its construction. The main characteristic is that wave E ends before the apex of the triangle. The apex tends to occur in a range of 20% to 40% of the total triangle time extension.

Concerning the thrust, in restrictive contracting triangles, it is limited by the most extended segment of the triangle (25% approx.) This type of triangles corresponds to the formations described by Elliott in his Treatise. Moreover, these patterns tend to appear in waves 4 and B. 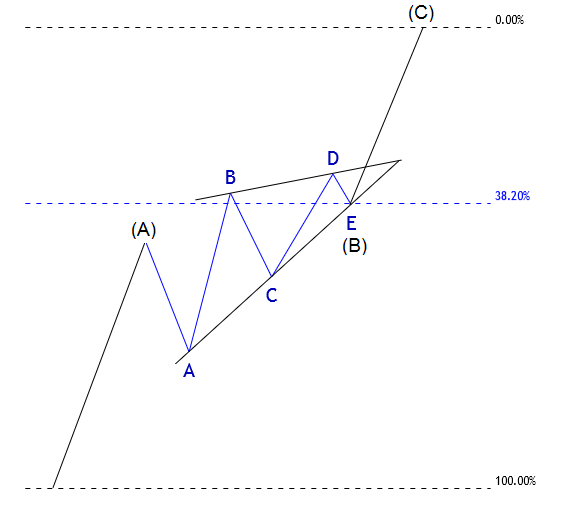 In this educational article, corresponding to the third part of the four-part series, we presented the contracting triangle pattern under the restrictive subcategory.

The contracting triangle tends to be the most common corrective pattern in waves 4 and B. As said by R.N. Elliott in his Treatise, the knowledge of the corrective formations and its implications provides to wave analyst an advantage of the potential next move of the market.

In the next article, we’ll end this four-part present the non-restrictive contracting triangles and the expanding triangles.