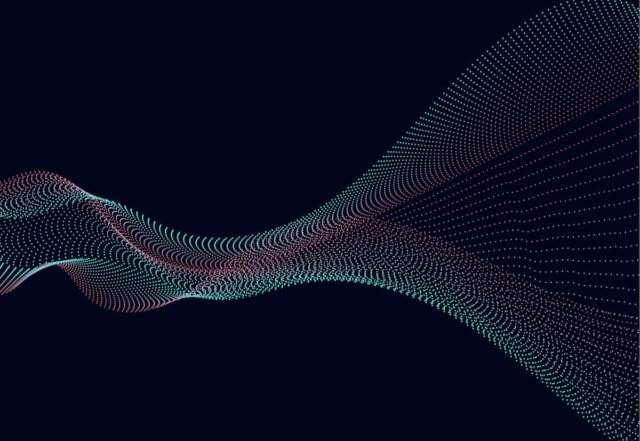 In our previous articles, we have seen that impulsive waves have construction rules. However, some rules, or principles, allow the wave analyst to validate or confirm each guideline. These rules are divided into two groups, which we will detail in this educational article.

This rule will apply once the impulsive pattern ends. The wave analyst must trace the trendline joining the end of waves 2 and 4. Then, the impulsive wave will be confirmed if the price action pierces the trendline 2-4 in the same or less proportion of time it took to form wave 5. 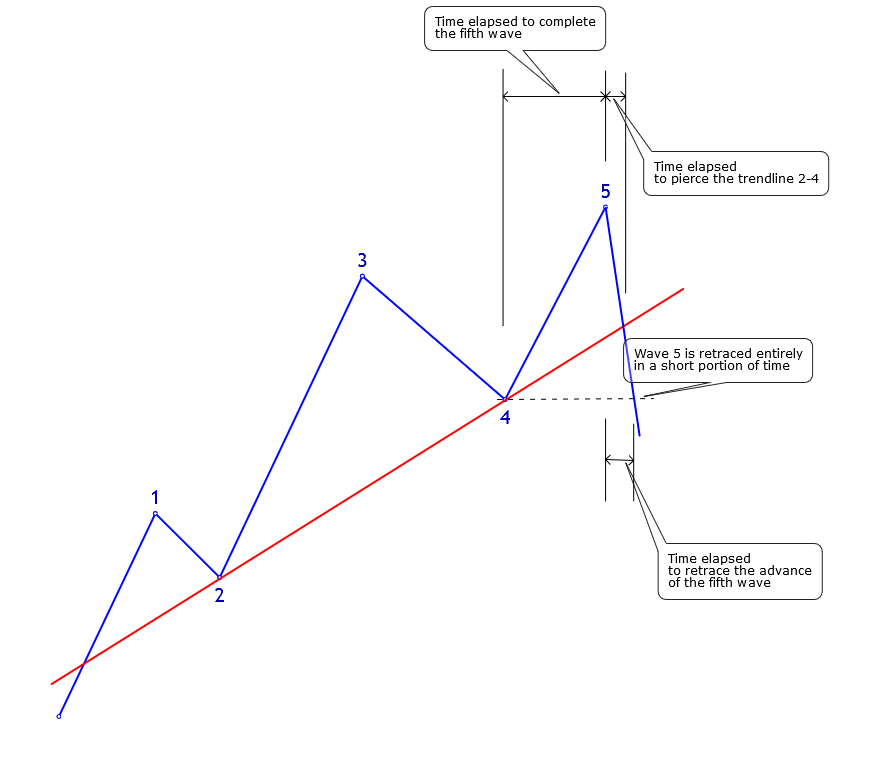 In case the fifth wave takes longer, the price develops a terminal structure or wave 4 that has not still ended, another possibility is the wave analyzed does not correspond to an impulsive formation, but to a corrective wave.

Within an impulsive wave, the wave analyst must recognize which the extended segment is. Depending on this factor, it will be possible to determine the level at which the price could fall, determined by the wave 2 and 4 price range within the momentum structure. 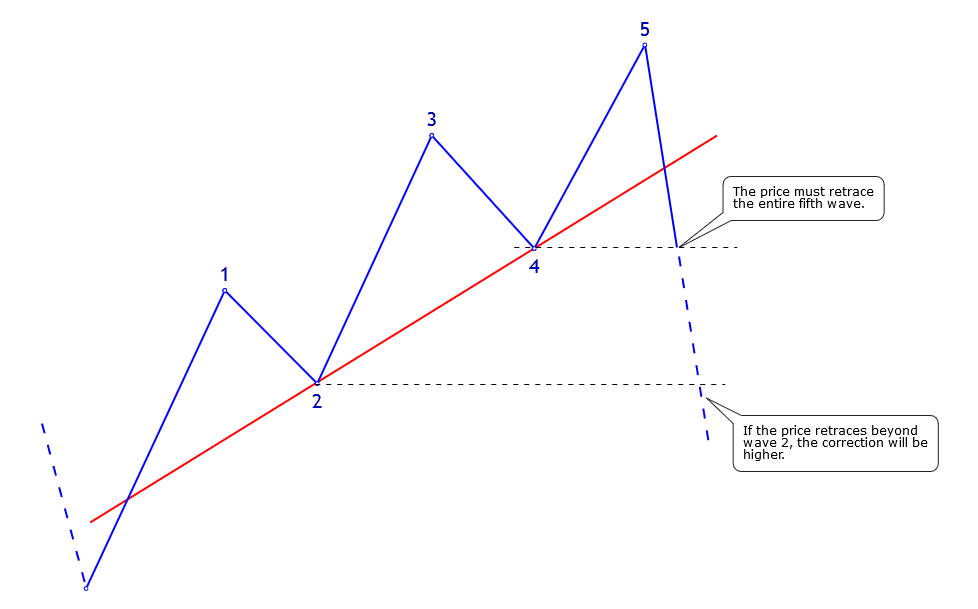 The price has to return to the fourth wave area of ​​the impulsive pattern and will generally finish near the end of that wave. If the retracement comprises more than 61.8% of the complete motive sequence, then the third wave would involve a higher degree impulse wave completion. 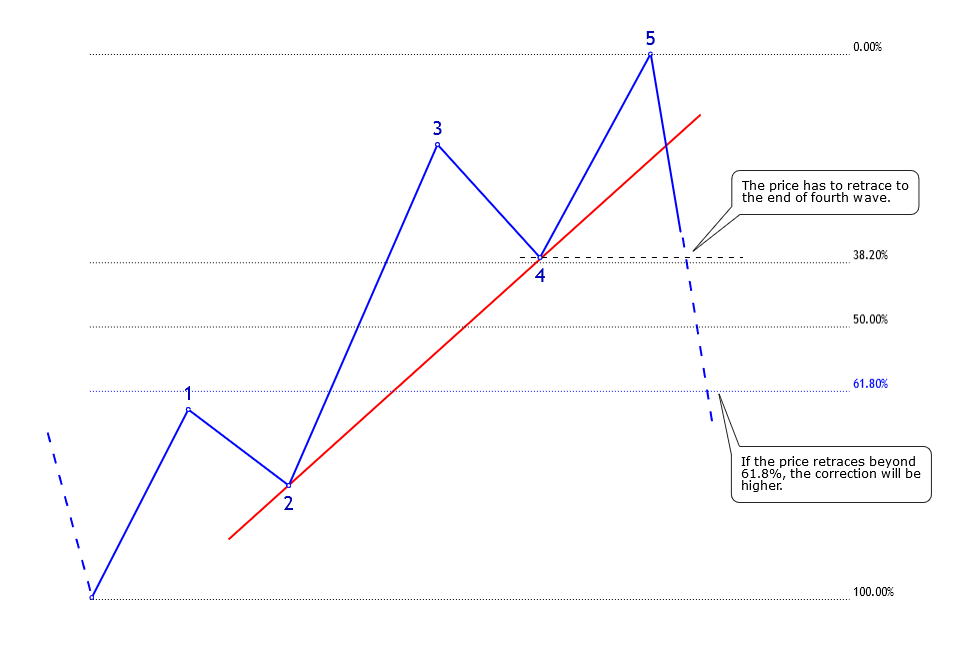 In this case, the following could happen: 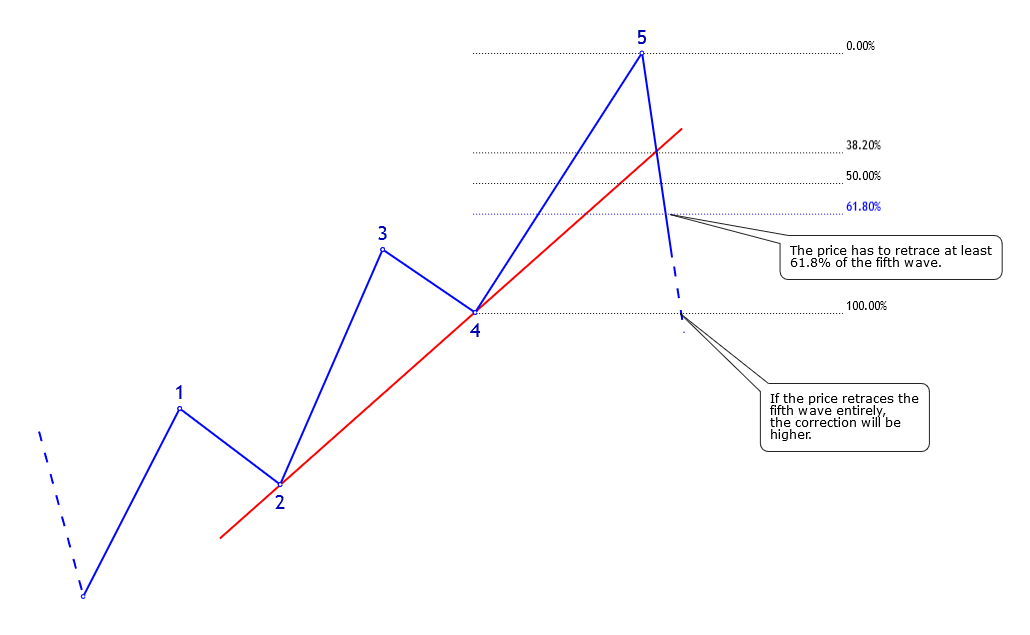 On the other hand, if the motive movement was bullish, there should not be further highs until the price has fully retraced the impulsive bullish sequence. This affirmation is analogous if the impulse is bearish. 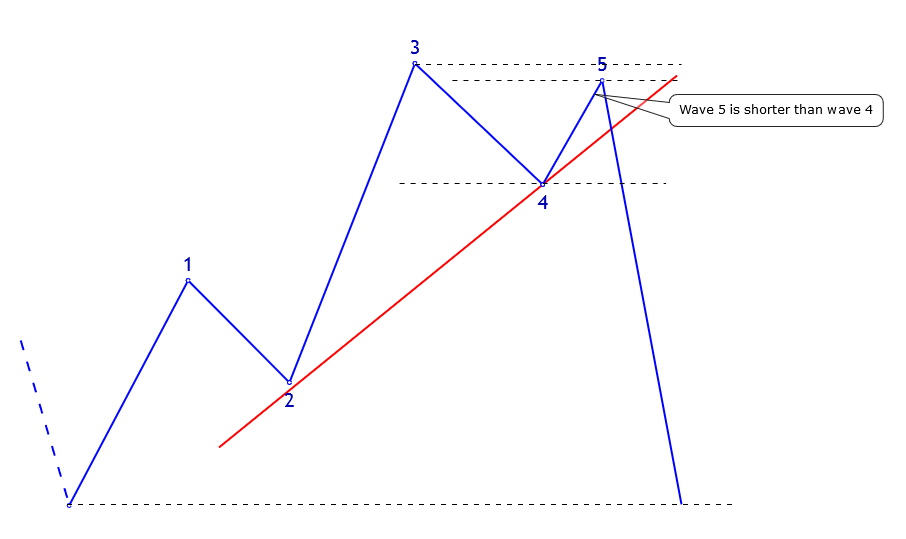 In this educational article, we have seen how to validate an impulsive sequence in terms of its correction. Also, we commented on the potential of the next path, respecting the fifth wave retracement and what is the extended wave in the impulsive sequence.

Likewise, we have seen the case of the failure in a fifth impulsive wave and what will be the impact in the next movement.

In the next educational article, we will see the process of validation of corrective structures.