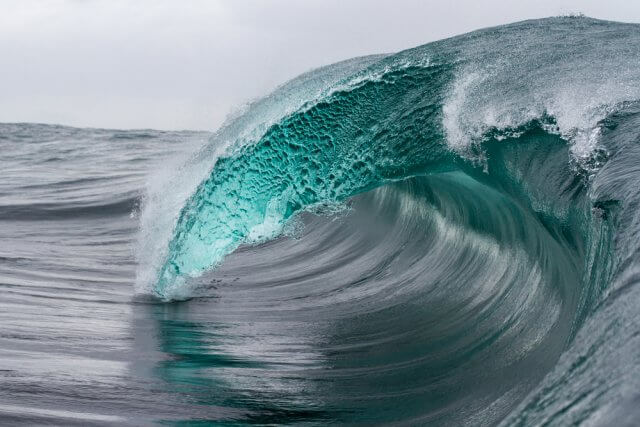 Financial markets are the result of human interactions where one party buys and the other sells. The results of these actions are reflected in a price chart.

R.N. Elliott studied the interactions between these two forces that move the market. In his study, Elliott detected that specific patterns repeat themselves over time. He also identified that the price tended to move in impulsive and corrective movements.

Elliott recognized that as time progresses, the price develops movements that, in its basic unit, correspond to segments, those that have a low level of complexity.

The complexity increases at an additional level as these segments complete a series of three or five movements, giving origin to the wave.

Later, as a wave is completed, another movement emerges, giving course to a new wave. As this ordered sequence advances in time, the price forms structures that we could call as “poli-waves,” which Elliott defined in the form of patterns corresponding to a structure or wave of higher degree.

The interaction between different sequences of “poli-waves” or basic wave patterns, give origin to a more complex structure, which we can define as “multi-wave.” In turn, when a succession of 3 or 5 multi-waves completes, the price action creates a structure of a higher degree whose complexity level is higher. We can call this complex structure as “macro-wave.”

Multi-waves are complex structural series that is characterized by having at least one poly-wave in their internal structure. The type of waves can be impulsive or corrective.

Impulsive Multi-waves. They are structures in which one or several of their impulsive waves are poly-waves. Its training requirements are as follows:

The following figure shows the different patterns of multi-waves of impulsive nature, being the second case, which corresponds to the third extended wave the most common.

Corrective Multi-wave. In the same way as multi-impulsive waves, the corrective multi-waves must contain specific requirements, which are described below.

As the market develops, the structural series can be grouped as multi-waves and thus form a macro-wave.

Impulsive Macro-waves. This type of structure is composed of a multi-wave in one of its three impulsive waves, while the other two will be a poly-wave.

In this educational article, we have seen how, as time advances, the complexity of the waves also increases.

This situation leads us to conclude that the market behaves in a fractal way over time, and wave analysis does not change regardless of the proportion of time studied.

In the next educational article, we will expand on the concepts of alternation and extensions.