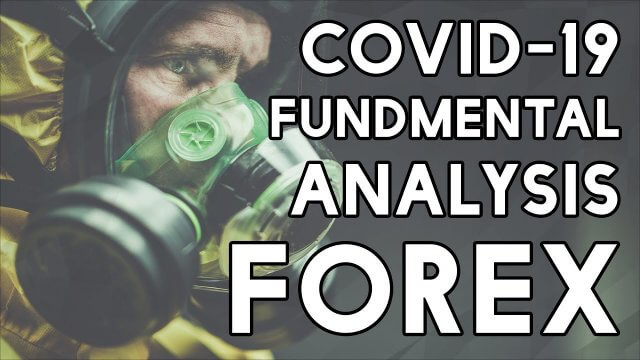 How Is Fundamental Analysis Affecting Forex During Covid-19

There is absolutely no doubt about it since the coronavirus took hold in Europe, the United Kingdom, and the USA, and to a degree at the height of the epidemic in China, where previously markets had shrugged off off the disease as being contained there, the way that markets are now observing fundamental analysis has been completely turned on its head.
Before the virus, the markets were doing very nicely, with record strong economic growth, particularly in the west, and definitely in the USA, which had hit a record for the lowest number of unemployment, and stock indices which were at all-time record highs, and where within a few weeks the country has flipped into a state of record amount of unemployment of over 16 million, and growing, and is facing the worst depression in U.S. history.

Naturally, the financial markets are in a state of pandemonium because this situation is almost unprecedented. Of course, we had the banking crisis in 2008, which sent shock waves through the financial markets, and we have had other virus outbreaks such as Sars, Avian Flu, Swine Flu, and Ebola, which all caused some degree of market turbulence, but nothing on the scale of what we are seeing at the moment.

Normally financial markets, including Forex, Oil, Gold, and Commodities, turn to stock market indices for guidance because they present a good gauge of economic activity. But of course, while most countries are in lockdown, the majority of business sectors are closed, and economies have essentially flatlined. And so GDP, a key area of fundamental analysis, is now useless. In fact, any economic data releases coming out of major western countries right now can only tell us varying degrees of catastrophic failings.
Where once currencies would rise and fall in exchange rates based upon strong data which only fluctuated in relatively small varying degrees, and where markets were able to predict such data releases within a narrow band of expectation, now analysts are gauging the value of one currency against the next on which country is suffering the fewest fatalities and sometimes this causes see-sawing of price action on an hour by hour and day by day basis.
As China slowly begins to come out of the virus and starts opening for business, we should not be surprised to see countries such as Australia and New Zealand, who export heavily into China, to be amongst the first countries to start to bounce back from the virus, especially as they are recording lower numbers deaths at the moment.

This would mean that their currencies strengthen against counterparts and we are seeing that against the U.S. Dollar right now, INSERT B, where 17-year lows of $0.5500 for AUDUSD pair, has recovered to $0.6360 and where the NZDUSD pair hit an eleven-year low of $0.5460 before recovering to $0.6025 currently. 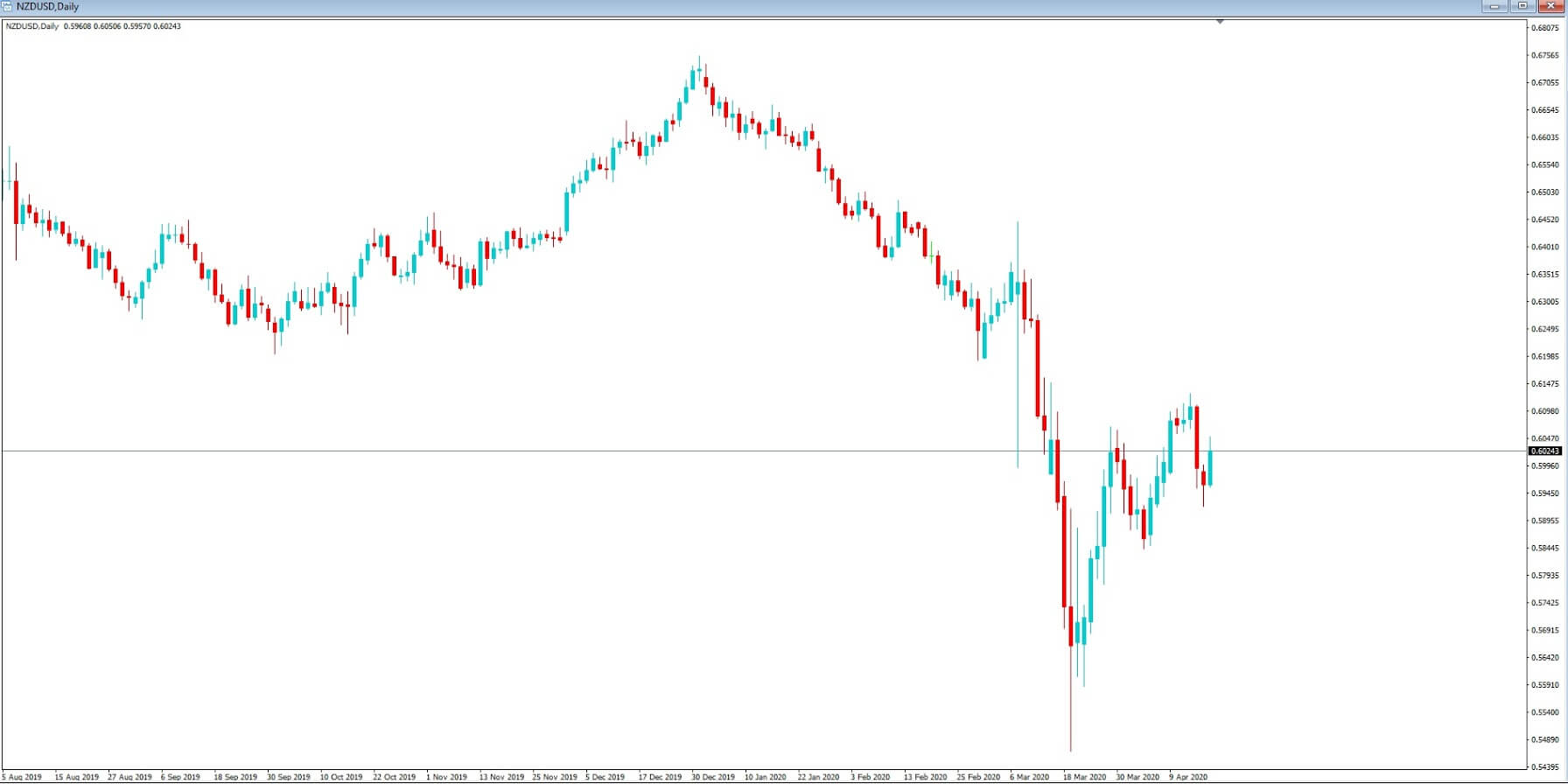 While countries such as the USA, which was the last continent to be affected, are directly in an area of focus right now because of the exponential death rate and the fact that it is the largest economy on the planet. And although so it might end up being the most severely affected country, both in terms of people suffering and dying from the condition and also its economy taking a huge hit, in both unemployment and its GDP going into the minus territory, the thing that is stopping a complete stock market annihilation is the fact that the Federal Reserve acted quickly to slash interest rates and enter into one of the biggest quantitative easing programs in history in order to bolster the finances of small to large businesses across the United States, to try and stave off mass bankruptcies, and the offer of financial relief to the majority of its population.

This has helped us stock indices to bounce off their lows and steady themselves to a certain extent. And, surprisingly, the U.S. dollar index is actually higher than before the crisis. So are people now looking at the U.S. Dollar as being a safe haven currency? Probably. So what now? Well we know that for at least the next few months economic data coming out of Western countries is going to be bad with economies flatlining and grinding into negative territory across the board with gross domestic product tanking in each country
Also as we have seen in recent economic data releases coming from the United States, such as the weekly unemployment numbers, which are getting worse week on week, the markets are largely discounting this information, while betting that the U.S. economy will fare better than most in the long term once things start to recover. Therefore analysts are predicting that all western countries will record high levels of unemployment, and negative gross domestic product numbers, but the hope is that these will be short shocks and that as long as the virus is contained in a short period of time, those economies are likely to bounce back and grow strongly.
And so, the big question is how to trade the foreign exchange markets based on fundamental analysis? The best advice that we could give you is to expect the unexpected which you should do anyway, but even more so right now. Because we know that data numbers coming for all countries are going to be bad to horrendous, and some of the big players out there will completely be ignoring the data and strategize their forex trading based on technical analysis only, and that would be our advice to you too. Stay out of the market during times of economic data releases especially, reduce your trading size, and tighten your stop losses.