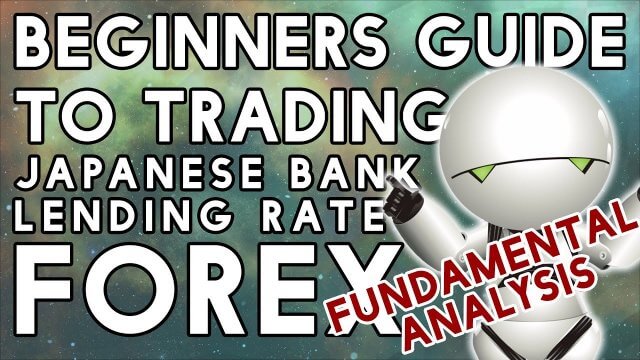 Welcome to the fundamental analysis for novices’ educational video.  In this session, we will be looking at the bank Japanese bank lending rate. 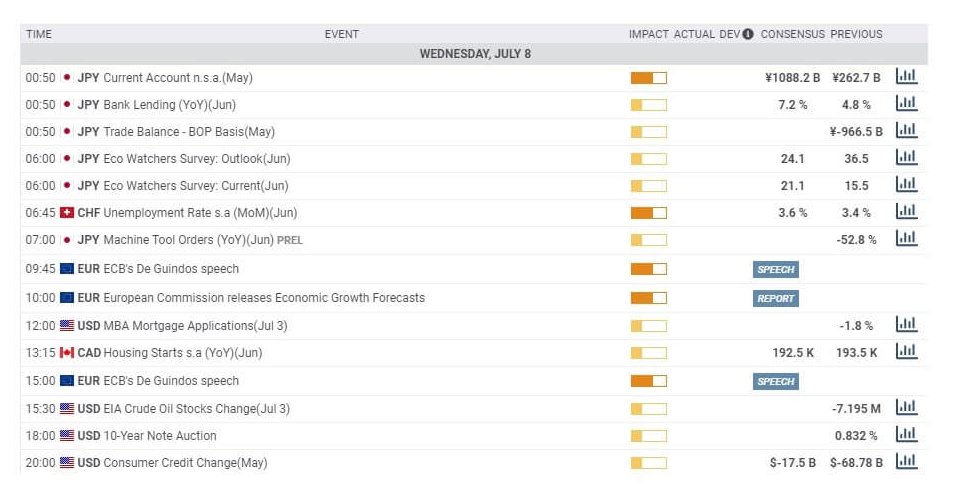 You have probably heard the old adage – failing to plan is planning to fail.  Well failing to take note of an Economic Calendar on a regular, daily, basis in order to plan your trading around potential volatile economic data releases is planning to fail at trading.
You should refer to one the day before you plan to trade, and eventually, when you are proficient enough, you will look for opportunities where extra volatility might creep into the market after a particular data release, in order to hop on a post developing trend.  But before you are proficient, you should avoid such volatile times at all costs. 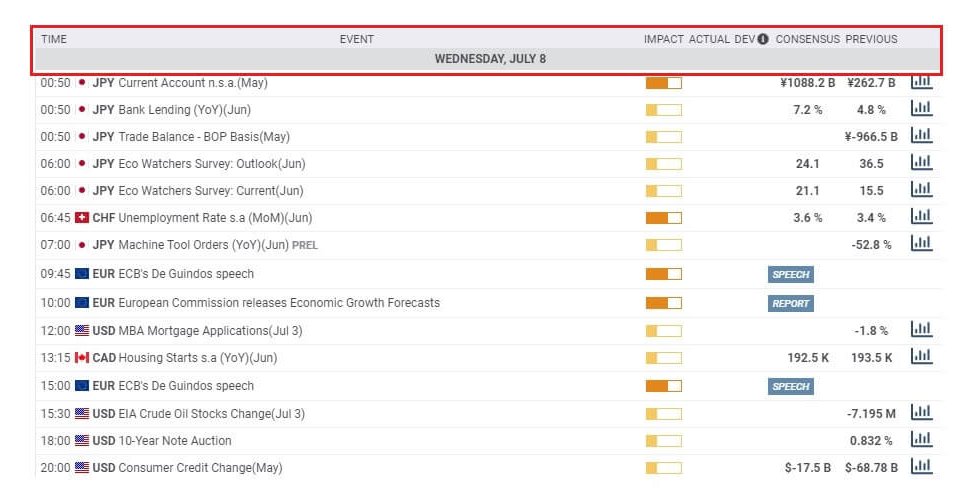 The critical components of any Economic Calendar which are available by most brokers,  is the day and date, the event type, the time of the event, noting that the time of the event might be your local time and not the time of the particular country where the information is being released,  the likely impact that the data will have on the financial markets upon its release, the actual data will be released into a set area of the calendar and it is important that you find out where,  the consensus or forecast of the data, which has been put together by the economists and analysts and where large deviances from this upon release may cause volatility and the previous level of that data for comparison purposes. Remember, we are looking to see whether data is worse, better or the same as the previous release.  Better economic data numbers are positive for that economy, and where you might see the local currency strengthen, worse numbers might mean that the country is not doing so well economically and therefore bad for the country and where you might see the local currency weekend against its counterparts. 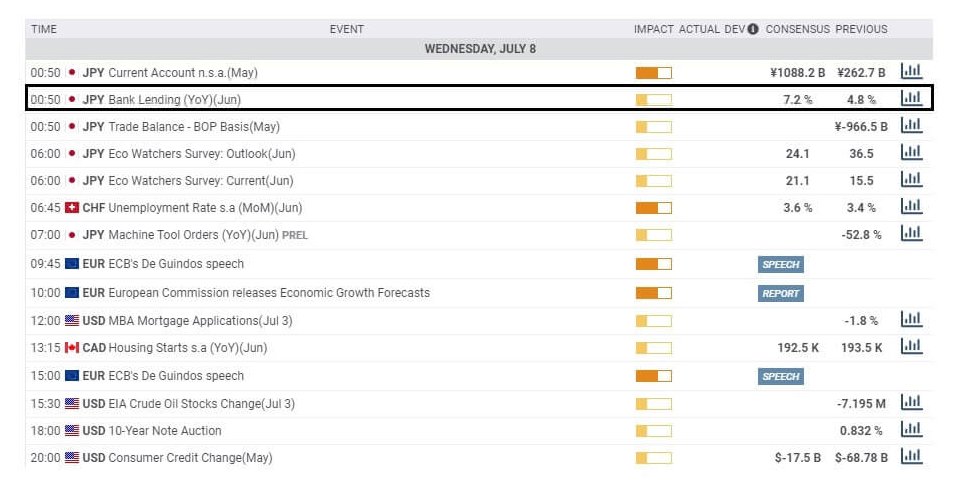 As mentioned, we are looking at the bank lending rate for Japan year on year for June, which will be released on Wednesday, July 8th, at 12:50 AM BST.

This particular data is considered as low-impact upon its release by the bank of Japan. It is the value of outstanding loans with Japanese Banks, and it is seen as important within the financial markets because it provides an insight as to whether banks are lending more to businesses. The more money that is lent, the better that is for companies who might be expanding, or buying more raw materials, and perhaps taking on extra staff. 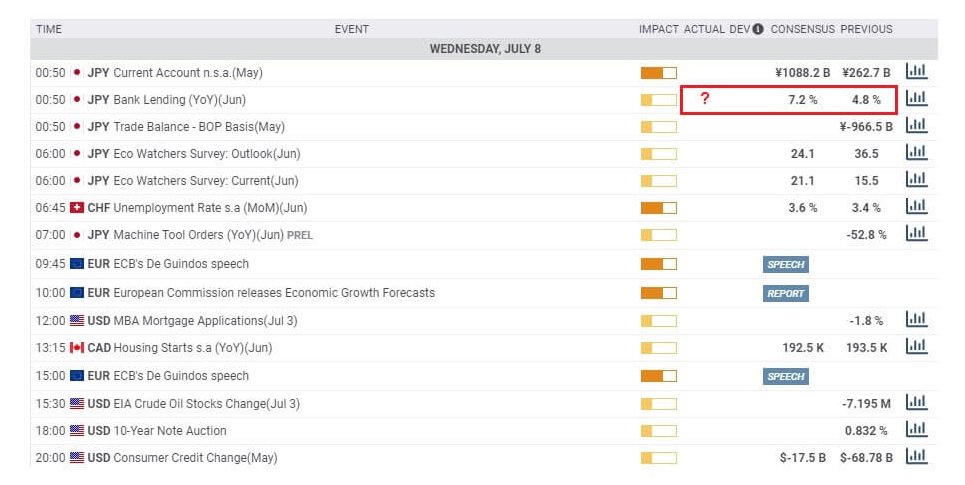 The actual data released is calculated as a percentage and where year on year figure 4 May was 4.8%,  and that the general consensus forecast is for an increase to 7.2%,  and this is what the market will be looking for, a better number than for May and thus an improvement year on year.