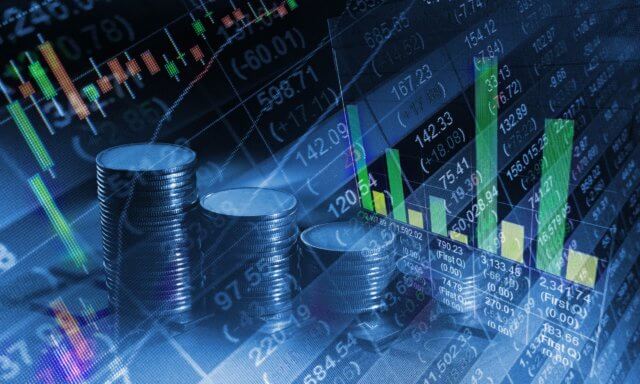 The most popular way to make money in the crypto industry is trading or mining. But recently, the two methods are proving difficult due to unprecedented market trends and the high electric power consumption associated with mining.

Unknown to many, you can earn passive income from owning and holding a digital currency in a wallet for a fixed period of time. It’s pretty much like saving money in a fixed deposit account. The longer the money stays in the account, the more interest you earn. What makes coin staking even more lucrative is the fact that you can reinvest your earned coin tokens to reap more returns. So, you don’t have to study complex price charts or try to time the market. You earn guaranteed income regardless of market highs and lows.

How the Coin Staking Process Works

Cryptocurrency staking is derived from the “Proof-of-Stake” (POS) algorithm. See, in the case of Proof-of-Work, the creation of new blocks, as well as validation of transactions, relies on solving complex mathematical calculations. This process relies heavily on the mining power of a GPU/CPU, which is why it’s an expensive method. The higher the mining power, the more coins rewards a miner earns.

Rather than using expensive mining hardware, POS validates transactions and generates new blocks using coins stored in a wallet (network nodes). It’s important to note that not every coin holder is chosen to validate a transaction. Usually, users who have staked significant amounts of coins stand a better chance of being chosen as the next validators.

Alternatively, you may consider joining a staking pool to increase your chances of validating new blocks and earning coin rewards. Basically, a staking pool works by merging resources of several coin holders to form a stronger staking power. The block rewards are then shared proportionally to an individual’s contribution.

Advantages and Disadvantages of Coin Staking

In addition to being a more energy-efficient way of earning more coins, crypto staking also offers a wide range of benefits, including:

The coins mined using computational power risk losing their value over time due to the use of the mining hardware and ASIC. On the other hand, coins earned through staking do not increase or appreciate in value with time. Their value can only fluctuate with the market trends.

Coin staking eliminates the need for owning expensive mining equipment and other entry barriers such as the technical know-how and knowledge of the market patterns. This is especially the case with staking pools where the entry requirements are relatively low. As such, it offers an opportunity for more investors to join the network, thereby decentralizing its control.

Besides staking cryptos on an online wallet, there are a couple of blockchain networks that allow investors to stake coins in their cold wallets. This method is commonly known as cold staking, and it goes a long way into securing your earnings. Cold staking is particularly useful to stakeholders with large amounts of coins that would otherwise be susceptible to theft if stored in an online wallet.

☑️Reduces the Chance of a 51% Attack

The 51% attack is a common problem in the Proof-of-Work algorithm, where coin rewards are earned through mining. The attack refers to a case whereby a user or group of users controlling the majority of the mining power end up monopolizing the creation of new blocks. As such, they prevent the small-scale miners from completing blocks, which in turn denies them coin rewards. Besides reversing transactions, such attacks also lead to the outflow of small-scale miners as well as a decline of the coin’s value.

Thanks to the Proof-of-Stake improved architecture, it’s almost impossible for one party to earn extra profits and become the majority holder. Even in the event where a perpetrator succeeds in controlling the largest share, the community can coordinate a hard-fork and delete the offending validator’s holdings. As a result, the price of the coin may increase due to the supply crunch.

The only drawback of staking cryptocurrencies is that you’ll need to lock them for a fixed period without using them. In a bullish market, locking your coins for long may not be a huge problem. The problem occurs in bearish market conditions, especially when the amount earned through staking is not enough to cover the price depreciation. As such, it makes sense to stake a specific amount of coins depending on your risk tolerance.

How to Get Started Staking Cryptocurrencies

Staking cryptocurrencies may sound easy and straightforward in theory, but it actually demands a considerable degree of input if you’re to make any reasonable returns.

i) Choose a Coin to Stake

Finding a good Proof-of-Stake coin requires extensive research of the crypto market. At first, you may easily be lured by POS coins offering the highest percentage of returns. Usually, such coins end up being saturated in the market, making it hard for your stakes to maintain their value. Also, due to their high supply in the market, these coins tend to require a huge financial investment for one to begin staking.

An ideal POS coin strikes a good balance between returns and the initial investment required. This way, it’s able to maintain a steady value making it suitable for generating passive income rather than being a speculative investment.

All POS coins have a minimum number of tokens required in order to begin staking. Dash, for instance, requires about 1000 DASH coins while ETH requires not less than 32 coins. This amount can be brought down to attainable limits by joining a staking pool. But you should be prepared to pay a certain percentage of your rewards to the pool provider as payment for the service.

Alternatively, you can also invest in coins such as PIVX, NEO, and PART that don’t require a minimum investment amount. However, they don’t pay as well as their counterparts.

For those coins that require staking in an online wallet, you’ll need around-the-clock connection to the internet. A standard computer might serve you just right, preferably one that consumes less power. Small single-board computers such as Raspberry pi and PocketBeagle can also get the job done and even save much more on power bills.

Cold staking is the best alternative if you want to eliminate the power and internet bills entirely. Coins staked in a hardware wallet are also safer than those in a hot wallet.

As market volatility and the high cost of mining continues to turn away investors, coin staking is finding its place as an alternative method of earning income from the crypto market. Most importantly, through its long-term approach, coin staking puts the crypto-space on the road to maturation as more investors welcome the idea of earning returns from staking.