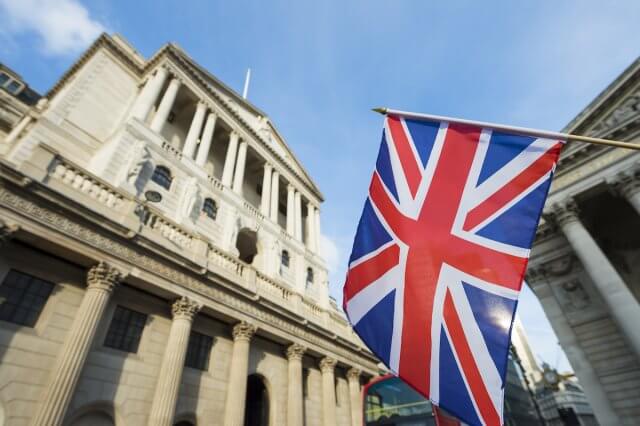 Let’s keep an eye on the U.K. Monitory Policy meeting, especially on the MPC members voting for the Asset Purchase facility. Overall, the bank isn’t expected to change it’s interest rate today. Besides, the U.S. Jobless Claims and Manufacturing Index will remain in focus.

The EUR/USD prices were closed at 1.12425 after placing a high of 1.12938 and a low of 1.12068. Overall the movement of the EUR/USD pair remained bearish throughout the day. The EUR/USD pair extended its losses for the second consecutive day on Wednesday on the back of the risk-off market sentiment.

The escalating geopolitical tensions in the disputed border between India & China and North Korea and South Kore weighed on the risk-on market sentiment on Wednesday. The risk-off market sentiment was then bolstered by the fears of a fresh second wave of coronavirus after an increased number of infection cases from Beijing and some states of the United States.

To stop the virus from further spread and second wave to emerge, China ordered to impose strict restrictions in 29 communities of Beijing on Wednesday, and hence, risk sentiment dropped. Riskier currency Euro suffered and moved in a downward direction.

The announced European Strategy proposed a joint E.U. approach and was built on the mandate received from E.U. health ministers. The latest strategy gave some support to the falling Euro currency and kept a lid on any additional losses.

On the other hand, the chief of Eurogroup meeting, Mario Centeno on Wednesday, said that his decision to step down from his post had no specific political reason but was simply the end of the cycle. He claimed that his tenure was due to the period, and he just did not apply for a second chance. E.U. leaders are due to meet later this week to discuss the trillion-euro fund that will finance the European coronavirus recovery plan.

On the data front, the Consumer price index (CPI) for the year remained in line with the expectations of 0.1%, and the Final Core CPI from the Eurozone also came as expected 0.9% and had a null effect on Euro currency.

On the U.S. front, the Building permits remained flat with the expectations of 1.22M however, the Housing Starts in May were recorded as 0.97 M against the expected 1.1M and weighed on the U.S. dollar.

In his second testimony of Federal Reserve Chairman Jerome Powell, he stressed that Fed would use all of its tools to curb the damage caused by coronavirus pandemic. He also showed that no hike in interest rate was any near in the future. This decision helped the U.S. dollar to find demand in the market, and hence, the EUR/USD pair suffered more on the day.

The EUR/USD pair is testing the double bottom support level at 1.1210 level in the 4-hour timeframe, and now it’s bouncing off towards 1.12730 level. Continuation of a bullish trend can extend bullish bias until the next resistance level of 1.1340. Elsewhere, a bearish breakout of 1.1210 can trigger selling until 1.1170. Let’s look for selling below 1.1298 and buying above the same level today.

The GBP/USD pair was closed at1.25548 after placing a high of 1.25885 and a low of 1.25106. Overall the movement of GBP/USD remained bearish throughout the day. The pair GBP/USD posted losses for the second consecutive day on Wednesday amid the sudden pick up in the U.S. dollar demand.

The greenback’s relative safe-haven status was continuously benefitted by the growing fears of the second wave of coronavirus and geopolitical tensions in Asia. However, the bearish trend for the GBP/USD pair remained under stress due to the latest optimism related to the Brexit progress.

The market expectations of no-deal Brexit have faded away after the U.K. & E.U. agreed to intensify post –Brexit talks. Besides, UK PM Boris Johnson said that the end of July could reach an outline of a deal. This helped to limit the additional losses in the GBP/USD pair.

On Thursday, the GBP/USD is trading at a level of 1.2580, holding right above a next support level of 1.2550. Continuation of a bullish trend requires the cable to break above 1.2585 level first. The 50 periods EMA is weighting on Sterlin gat 1.2585 level while the RSI and MACD are holding in the bearish zone. Although they are very close to crossover into the bullish zone, so we should wait for a bullish breakout before taking a buy trades. By the way, a bullish breakout of 1.2585 level can extend to buying until the next target level of the level of 1.2685, while bearish breakout of 1.2545 level can lead Sterling to be lower towards 1.2475.

The USD/JPY pair was closed at 107.004 after placing a high of 107.439 and a low of 106.950. Overall the movement of the USD/JPY pair remained bearish throughout the day. After moving in a consolidation phase for the previous two days, the USD/JPY pair finally found a trend to follow on Wednesday and dropped below 107.06 level. The bearish trend of USD/JPY was because of the risk-off market sentiment.

At 4:50 GMT, the Trade Balance of Japan for May showed a deficit of 0.6T against the expected 0.68T and supported the Japanese Yen. The strength of the Japanese Yen dragged the pair USD/JPY lower on Wednesday.

The downward trend was then supported by the U.S. economic docket, which released negative or flat results. At 17:30 GMT, the Building permits for May from the U.S. came flat with the expectations of 1.22M. The Housing Starts in May dropped to 0.97Mfrom the expected 1.10M and weighed on the U.S. dollar.

The decreased housing starts weighed on the U.S. dollar and dragged the USD/JPY prices further. In his second round of testimony to Congress, the Fed Chair, Jerome Powell, told the lawmakers that the U.S. economy was beginning to recover from the worst of coronavirus crisis. He added that to provide support to 25M jobless Americans with ongoing pandemic will need more help.

He said that with interest rates remain near zero for an extended period, the U.S. central bank would have to continue to buy bonds to make the longer-term borrowing cost lower. Powell also said for Congress to extend in some form the extra $600 weekly payments to the unemployed people that were the part of the relief package which was passed in March and will expire in July.

Congress has already allocated 3T USD for coronavirus related economic aid, and the U.S. central bank has also pumped trillions of dollars of credit into the economy to support the economy through the pandemic crisis.

On the other hand, the rising geopolitical tensions in Asia between India and China over their disputed border. The site left 20 Indian soldiers dead in a fistfight and an unspecific number of Chinese casualties.

Meanwhile, the tensions between North Kore and South Korea also escalated after North Korea blew up the de facto embassy of South Korea near both nation’s highly armed border on Tuesday and threatened to send troops. These geopolitical tensions faded away from the market’s risk sentiment, which weighed on USD/JPY, and the pair posted losses on Wednesday.

The risk-off market sentiment was further bolstered by the recent lockdown measures imposed in 29 communities of Beijing to control the increasing number of virus cases. Meanwhile, the Fed Chairman Jerome Powell presented a gloomy outlook for a road to recovery of the U.S. economy and faded away from the optimism of V-shaped global economic recovery, which also weighed on USD/JPY pair.

The USD/JPY pair is trading at 106.914 level as it continues trading sideways in a wide trading range of 107.620 – 106.630. It failed to break above an immediate resistance level of 107.580. This level is working as resistance for USD/JPY, and the 50 periods EMA is also prolonging strong resistance at 107.580 zones while immediate support lingers nearby 106.600. The USDJPY bearish trend can trigger a sell-off unto the next support level of the 106.017 level today. Let’s wait for the USD/JPY to test the 107.650 level before entering a sell in the USD/JPY.