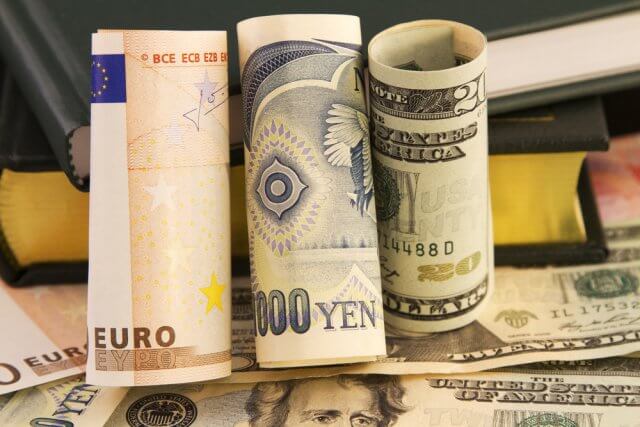 On the news front, it’s going to be a busy day in the wake of U.S. Chicago PMI, C.B. Consumer Confidence, and Fed Chair Powell Testifies. The European session may exhibit muted trading, but the New York session is likely to bring sharp movements in the market, and we can expect breakouts.

The EUR/USD pair was closed at 1.12423 after placing a high of 1.12876 and a low of 1.12149. Overall the movement of the EUR/USD pair remained bullish throughout the day. During the Monday session, Euro broke higher and reached near 1.1300 level; however, U.S. dollar strength caped on any additional gains and took the prices away from that level. European Union has been praised for its handling of coronavirus crisis through its stimulus plans, and despite the increasing numbers of infected cases around the world, the E.U. has decided to open its gates for 15 countries.

European Union revealed a new list of countries that will be permitted to enter the E.U. from July 1 when external borders will be officially reopened. However, the U.S. was excluded from the permitted countries to enter the E.U. due to coronavirus developments. This raised Euro across the board on the hopes that tourism will aid in the fast E.U. economic recovery.

China was also excluded from the “safe list” of the European Union; however, if the Chinese government would offer a reciprocal travel deal for E.U. citizens, then the E.U. will add China to its “safe list.” E.U. has said that the safe list will be reviewed every two weeks and will be adjusted according to the coronavirus developments in each country.

Furthermore, Germany’s finance minister and lawmakers said on Monday that the European Central Bank (ECB) had met the principle of proportionality with its stimulus package that ended the legal conflict threatening to undermine central bank policy. The German Constitutional Court last month gave ECB 3 months to justify bond purchases under its stimulus plan –PSPP or lose German central bank as a participant. This raised Euro in the financial market and pushed EUR/USD pair higher on Monday.

On the data front, The German Prelim CPI for June surged to 0.6% from the expected 0.3% and supported Euro. At 12:00 GMT, the Spanish Flash CPI for the year was dropped by 0.3% against the expected drop by 0.9% and supported the single currency Euro.

The better than expected CPI data from Germany and Spain gave strength to Euro, which added in the gains of EUR/USD pair on Monday.

On the other hand, from the American side, the Pending Home Sales for May increased to 44.3% against 18.9%, which gave strength to the U.S. dollar that exerted downward pressure on EUR/USD at 19:00 GMT.

The U.S. Dollar was also intense because of its safe-haven status during increased US-China tensions and China-India conflict and rising number of coronavirus cases in the U.S. & many other countries. This dragged the rising EUR/USD and limited the gains of the pair on Monday.

The EUR/USD is holding below a strong resistance level of 1.1245 level, the closing of candles below this level is suggesting chances of selling bias until 1.1218 level. Continuation of selling trend below 1.1218 level can extend selling until 1.1195 level today. Conversely, a bullish breakout of the 1.1245 level can extend buying until 1.1289. The RSI and MACD are still in a bearish zone, while the 50 EMA also suggests selling bias. Therefore, we should look for selling trades below 1.1223levels.

The GBP/USD pair was closed at 1.22980 after placing a high of 1.23893 and a low of 1.22513. Overall the movement of GBP/USD pair remained bearish throughout the day. The Pound was already weak against the U.S. dollar, and the decline in Pound gained speed after the risk-off market sentiment gained traction and made the U.S. dollar stronger on Monday in the late trading session.

On Monday, face-to-face negotiations on the post-Brexit trade deal between the E.U. & U.K. began after both parties pledged to intensify talks. It would be the first time the U.K.’s chief negotiator David Frost will meet in person with his E.U. counterpart Michel Barnier since the talks began in March. Negotiations were continued through the pandemic but virtually not in person due to coronavirus pandemic.

Boris Johnson has said that a deal could be reached this month with new momentum. PM Johnson met E.U. Commission President Ursula von der Leyen in a video conference this month and exclaimed that there were very good chances of getting a trade deal by Dec. The traders were cautious ahead of talks as to how they would go; so, British Pound came under pressure on Monday and dragged GBP/USD pair with itself.

Furthermore, Boris Johnson promised “an active approach to economy” while speaking at a school construction site. His comments came ahead of the launch of a task force to speed up the delivery of infrastructure projects. PM Boris Johnson said that “the cash is there” for long-term investment to help the U.K. recover from the coronavirus crisis and its impact on the economy. He announced that $1.23 B would be delivered to build the first 50 projects, including schools. The U.K. economy was contracted by 20.4% in April, the largest monthly fall on record due to the coronavirus crisis.

On the other hand, the Pending Home Sales from the United States for May came in as 44.3% against the expected 18.9%and supported the U.S. dollar. Better than expected data from the U.S. gave strength to the U.S. dollar, which added in the downward trend of GBP/USD on Monday.

The U.S. dollar was strong across the board due to its safe-haven status that was high due to the increased geopolitical tensions and intensified numbers of coronavirus cases around the world. Strong U.S. dollar weighed on GBP/USD pair on Monday.

The GBP/USD is trading with a bearish bias, primarily upon the release of worse than expected GDP figures. The cable is trading at 1.2275 level, and it’s finding immediate support at 1.2258 level. Closing of candles below 1.2258 level can open further room for selling until 1.2175 level while the resistance continues to hold at 1.2400 level. On the 4 hour chart, the GBP/USD has also formed a downward channel, which is extend selling bias, along with the 50 EMA, MACD, and RSI as all of the technical indicators are in support of selling. Let’s consider taking sell trades below 1.2345 level today.

The USD/JPY pair was closed at 107.570 after placing a high of 107.882 and a low of 106.979. Overall the movement of USD/JPY remained bullish throughout the day. The USD/JPY extended its gains and raised for the 4th consecutive day on Monday on the back of improving risk sentiment that made it difficult for safe-haven Japanese Yen to find demand.

On Monday, China said that it would impose visa restrictions on certain United States individuals in response to the same move by Washington on Chinese officials over the Hong Kong issue. The Chinese Ministry of Foreign Affairs spokesman Zhao Lijian said that the visa restrictions would be imposed on confident Americans with egregious conduct relating to Hong Kong.

He added that national security law for Hong Kong was purely China’s internal affairs, and foreign countries had no right to interfere. He said that attempts from Washington to destruct China’s legislation for safeguarding national security in Hong Kong would never succeed. This increased the risk sentiment, and hence, the USD/JPY pair gained.

On the data front, the Retail Sales for the year from Japan was released at 4:50 GMT, which dropped by 12.3% against the forecasted decline by 11.6% and weighed on Japanese Yen that raised USD/JPY across the board. At 19:00 GMT, the Pending Home Sales from the United States on Monday for May increased to 44.3% against the forecasted 18.9% and supported the U.S. dollar, which helped USD/JPY to gain traction in the market. Meanwhile, the U.S. Dollar Index, which dropped to a daily low of 96.11, gained traction and reached 97.50 and helped the USD/JPY pair to surge further.