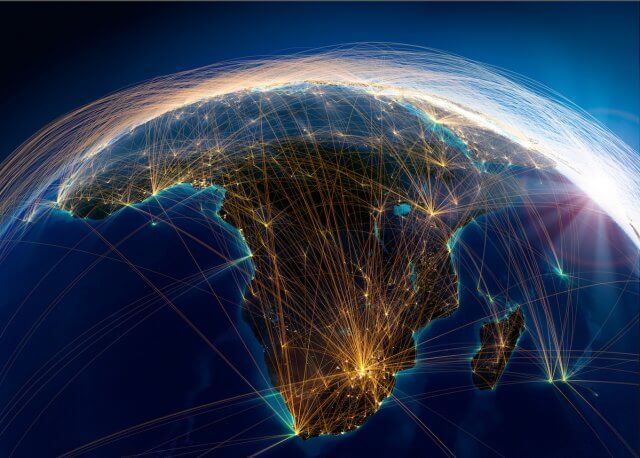 Facebook’s digital currency, Libra, may have hit a wall, but at least it succeeded in bringing cryptocurrencies to the attention of entrepreneurs who work outside the digital asset market. This comes after Bitcoin had a rocky entry into the mainstream, where increased speculative investment led to a regulatory crackdown in 2018 on the back of various crypto scams.

As the rest of the world continues to grapple with stringent government policies stifling the growth of the crypto market, African governments have had a rather welcoming approach to cryptocurrencies. Although they have not explicitly endorsed digital currencies, their relaxed laws have created a regulatory sandbox for crypto projects to experiment with the fertile African market. It remains uncertain whether these governments will still be lenient to cryptocurrencies years to come. However, at the moment, entrepreneurs are working hard to build a new financial framework in the continent using cryptocurrency. These crypto projects have a more realistic and practical approach to solving some of the financial problems ailing Africa as outlined below:

Akoin is a relatively new cryptocurrency that has managed to create enough buzz in the last two years of its existence. Formed by Senegalese-American rapper Akon, the Stellar-based crypto aims at becoming the primary payment solution in the Western and Eastern Africa. To achieve this, the rapper-cum-entrepreneur awarded an American engineering firm, KE International, a $6 billion contract to build a cryptocurrency city in Senegal.

The first phase of this city is expected to be completed by 2023, while the final phase will be done by 2029, which will deliver a whole city running on the Akoin cryptocurrency. All utility bills within the proposed city from electricity, gas, water to sewer, and waste will be paid using Akoin.

Similarly, the engineering firm is also managing the construction of a tech city in Western Kenya. The Akoin token will be used to pay for services and even pay workers in this city.

In each of these application cases, Akoin is banking its success in creating a new financial inclusion era. As such, the unbanked population in these jurisdictions will have access to a new form of the financial infrastructure that is more secure and affordable than the existing mobile payment networks.

Binance, the global exchange platform, recently launched a social payment app in Nigeria known as Bundle. The app is the brainchild of Yele Bademosi, a Nigerian national, who once worked as an executive in the exchange.

According to Binance’s press release, Bundle is designed to provide users across Africa with free means of transacting in cash and cryptocurrencies. Currently, the app is only available in Nigeria with support for its national currency, the Naira. However, there are plans to extend its market to 30 more countries by the end of 2020. In each of these countries, including Nigeria, users can use the app’s fiat on-ramp feature to buy and sell digital currencies such as Bitcoin, Ether, and Binance’s crypto – BNB.

What separates Bundle from traditional digital wallets is that users can send funds to anyone on their contact list, even if that particular individual doesn’t have the app yet. Coupling this feature with the app’s ability to support digital and fiat currency, users across Africa will have an efficient way of sending remittances and a hedge against hyperinflation of their local currencies.

Wala is designed as the Binance Bundle app. But unlike the latter, which is yet to penetrate the market, Wala has had quite a smooth sailing in Africa until its recent collapse in early last year.

Essentially, the payment app was founded by Tricia Martinez, who, being a daughter of a Mexican immigrant, was no stranger to income disparity. Armed with this knowledge, Tricia started on a poverty alleviation mission in Uganda by providing small scale farmers with access to financial services. This marked Wala’s birth, a micropayment processor that allows users to buy goods and pay bills at almost zero transaction cost. Much of Wala’s success can be attributed to its ability to process micro-transactions, which was impossible using traditional payment processors. As the platform grew in dominance, it created a small-scale circular economy where users can pay school fees, buy airtime, and pay utility bills across ten different markets. For instance, South Africa users can pay their family’s electricity bill in Uganda using the crypto-powered app.

It’s not an easy fight

The race for the growing African crypto market is getting stiffer as entrepreneurs seek to establish themselves as continent’s crypto solutions providers. But there are significant challenges to overcome

In most of the African regions where crypto projects are launched, there is a lack of supportive infrastructures to guarantee these projects sustainability. Poor infrastructure in this context entails unreliable internet access as well as poor telecommunications services. Wala payment app, in particular, collapsed almost a year ago due to poor internet connection in Uganda, as CEO Tricia Martinez explained in her blog post.

Deploying crypto solutions requires highly specialized skills and knowledge in blockchain technology. As the global demand for blockchain developers increases, the competition for top talent accelerates in equal measure. For a continent like Africa, where there is poor infrastructure, it becomes even harder to attract talented blockchain developers, which consequently slows down the development of crypto projects.

In developed countries, blockchain startups have access to funding from a wide pool of venture capitalists. On the other hand, few venture capital firms are willing to invest in African innovative crypto projects. Moreover, most investors in the continent tend to invest in companies that have a history of profitability. Blockchain startups being new in the market lack proof of profitability, which then scares away investors.

Africa is primed to become a crypto-hub owing to low financial inclusion witnessed in most of its countries. This has captured both local and international entrepreneurs who seek to fill the gap between the low-income population and financial services. However, as entrepreneurs bet on Africa crypto adoption, they should prepare themselves to mitigate the problems slowing down the development of crypto solutions in the region.