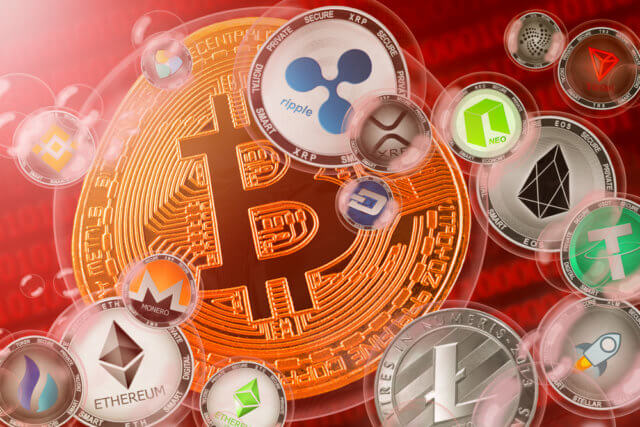 The cryptocurrency market spent the weekend falling down, possibly indicating a further drop towards the lows of the end of 2018/start of 2019. Bitcoin is currently trading for $5,922, which represents a decrease of 6.28% on the day. Meanwhile, Ethereum lost 7.21% on the day, while XRP lost 5.67%. 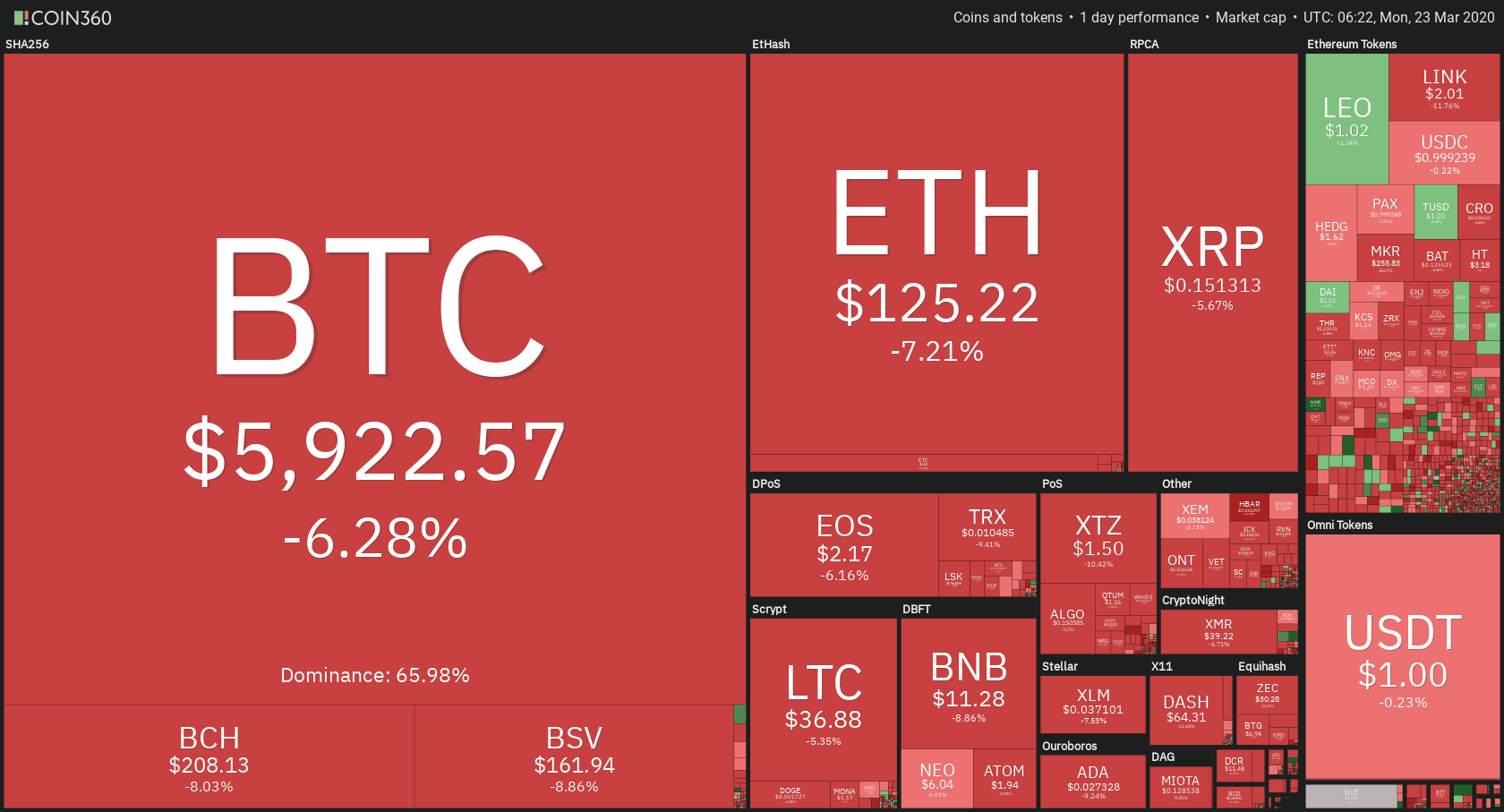 Bitcoin’s dominance has increased over the weekend. Its value is now 65.98%, which represents a 0.55% difference to the upside when compared to Friday’s value. 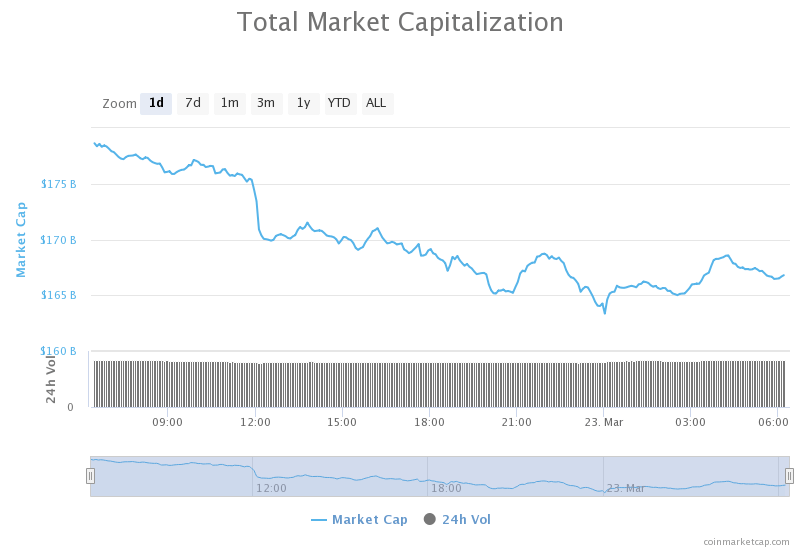 The cryptocurrency market capitalization decreased over the weekend, with a current value of $166.74 billion. This value represents a decrease of $3.03 billion when compared to the value it had on Friday.

Catherine Coley, the CEO of the US branch of Binance, revealed that the coronavirus quarantine in Asia led to increased trade volumes. She announced this statistic during a Bloomberg interview, where she also talked about the increasing correlation between Bitcoin and the S&P 500.

On the subject of the increased correlation between Bitcoin and the S&P 500, Coley said that both the traditional markets as well as the cryptocurrency market are playing out a well-known long-term cycle.

The Tezos Foundation announced that they would settle a $25 million consolidated class-action lawsuit. This will settle more than two years of fighting in court. The foundation chose to settle due to the time and financial expenses that would keep piling up.

While most analysts claim that Bitcoin has not gone under the $5,900 level and therefore stabilized above it, they fail to notice that it might be more plausible that Bitcoin is facing resistance at the $5,960 level. If this is the case, then Bitcoin fell under one of its key support levels over the weekend. However, this does not signal that it will keep going further down. That being said, the situation in the world economy alongisde the coronavirus outbreak does not bring good news to any market, cryptocurrency included.

Bitcoin’s volume decreased over the weekend, while its RSI level is currently near the middle of the value range, sitting at the value of 47.

Ethereum, as a cryptocurrency that is highly correlated to Bitcoin and its movement, did not differ much from the largest cryptocurrency by market cap. Ether’s price fell under the $128 support level but found its stability near the $122.5 support. Ethereum is now trading in the middle of the range, bound by these two key levels.

Ethereum’s volume decreased over the weekend, while its RSI level is currently at the value of 44.

XRP fell below its $0.165 support level over the weekend after just briefly going over it. The third-largest cryptocurrency is, again, trading between the levels of $165 to the upside and $0.1 to the downside. The only change in terms of key levels seems to be that XRP now responded to a pre-2017 support level of $0.147.

XRP’s volume is on extremely low levels, while its RSI level is currently at the value of just above 44.