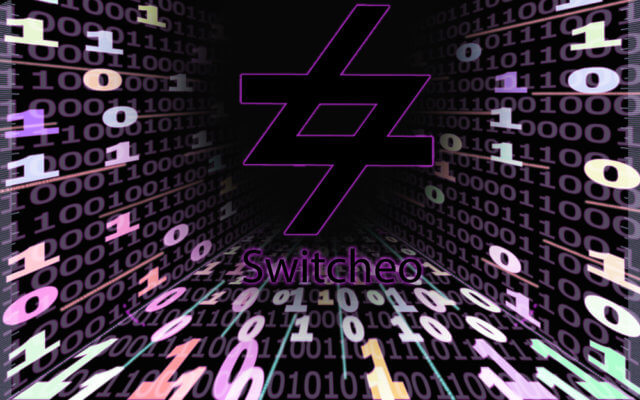 The cryptocurrency market managed stayed at almost the same place as yesterday. Bitcoin climbed above the $5,000 mark and is currently stagnating and consolidating there. Bitcoin is currently trading for $5,341, which represents an increase of 1.3% on the day. Meanwhile, Ethereum lost 0.28% on the day, while XRP gained 0.56%. 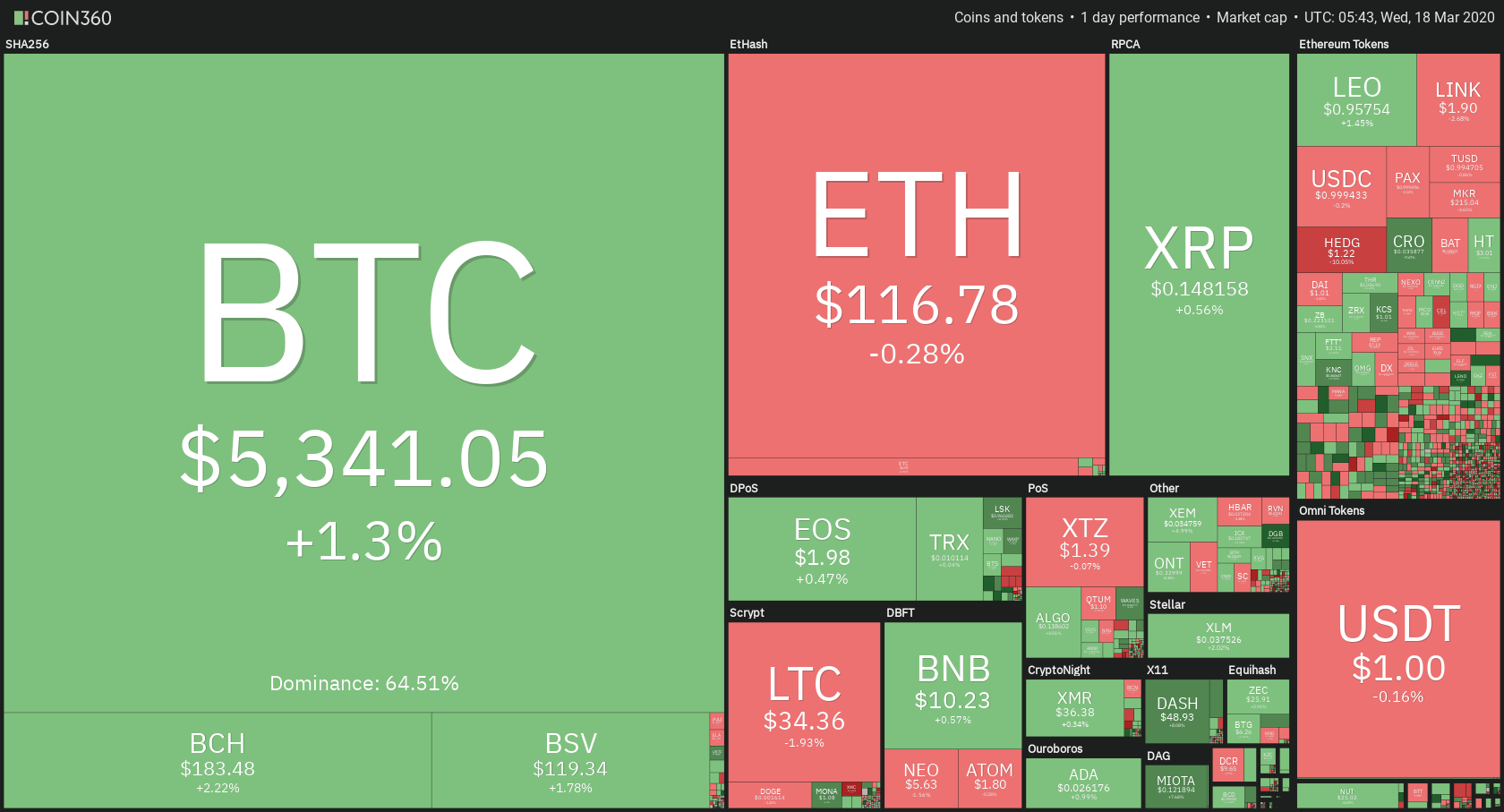 Bitcoin’s dominance increased by a slight margin over the past 24 hours. Its value is now 64.51%, which represents a 0.57% difference to the downside when compared to yesterday’s value. 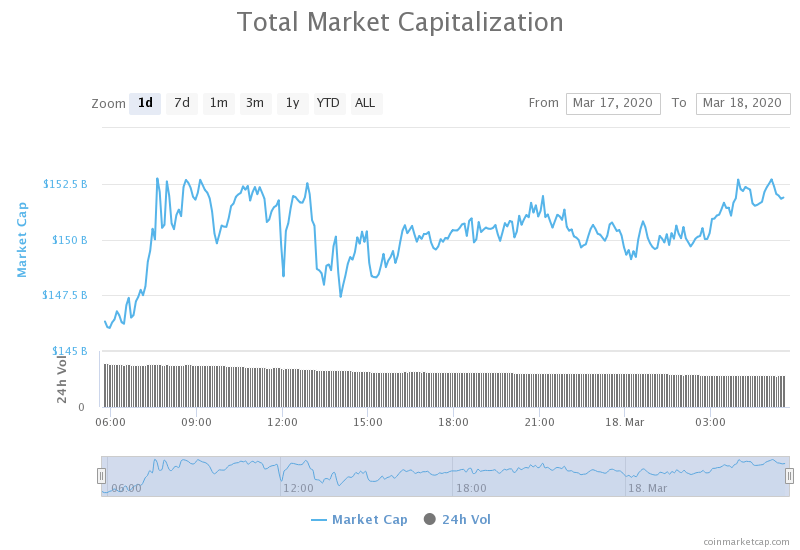 The cryptocurrency market capitalization went up slightly, with a current value of $151.75 billion. This value represents an increase of $5.61 billion when compared to the value it had yesterday.

Draper announced that decentralization powered by Bitcoin as well as other new technologies is one of the tools that has the “ability to transform the biggest industries in the world.”

NEO-based DEX Switcheo partnered with the Zilliqa platform to allow trading of Ethereum-based and EOS-based assets on their platform.

According to a Mar 16 announcement, after the launch, Zilliqa holders will have access to Ethereum-based assets for the first time. Switcheo also plans to add Bitcoin (BTC) support soon.

Bitcoin experienced almost no price movement in the past 24 hours. The price was completely flat while the volume lowered slightly. This area of no movement happened ever since Bitcoin stepped into the $5,300 area.

Bitcoin’s volume is quite low, while its RSI level is in the middle of the value spectrum (currently at 45).

Ethereum did pretty much the same as Bitcoin by mirroring its movement (or lack thereof). The second-largest cryptocurrency did nothing but move sideways for the whole day, with the price hovering right below the $122.5 resistance.

Ethereum’s volume decreased further, while its RSI level is currently at 40. There were no changes in key levels due to no movement to the upside or downside.

XRP, for the first time in a while, didn’t just follow the general direction of the market but actually mirrored Bitcoin’s and Ethereum’s movement. The lack of volume resulted in sideways trading with no price movement whatsoever. The third-largest cryptocurrency is moving in a range between $0.1 and $0.165.

XRP’s volume decreased even more in the past 24 hours, while its RSI level is currently at the 44 mark.