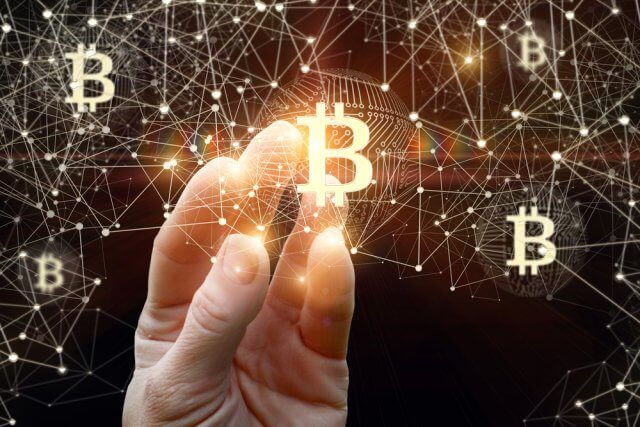 The crypto market has spent the day slowly testing out immediate support and resistance levels.  Bitcoin is currently trading for $8,836, which represents a decrease of 1.28% on the day. Meanwhile, Ethereum lost 0.37% on the day, while XRP gained 0.08%. 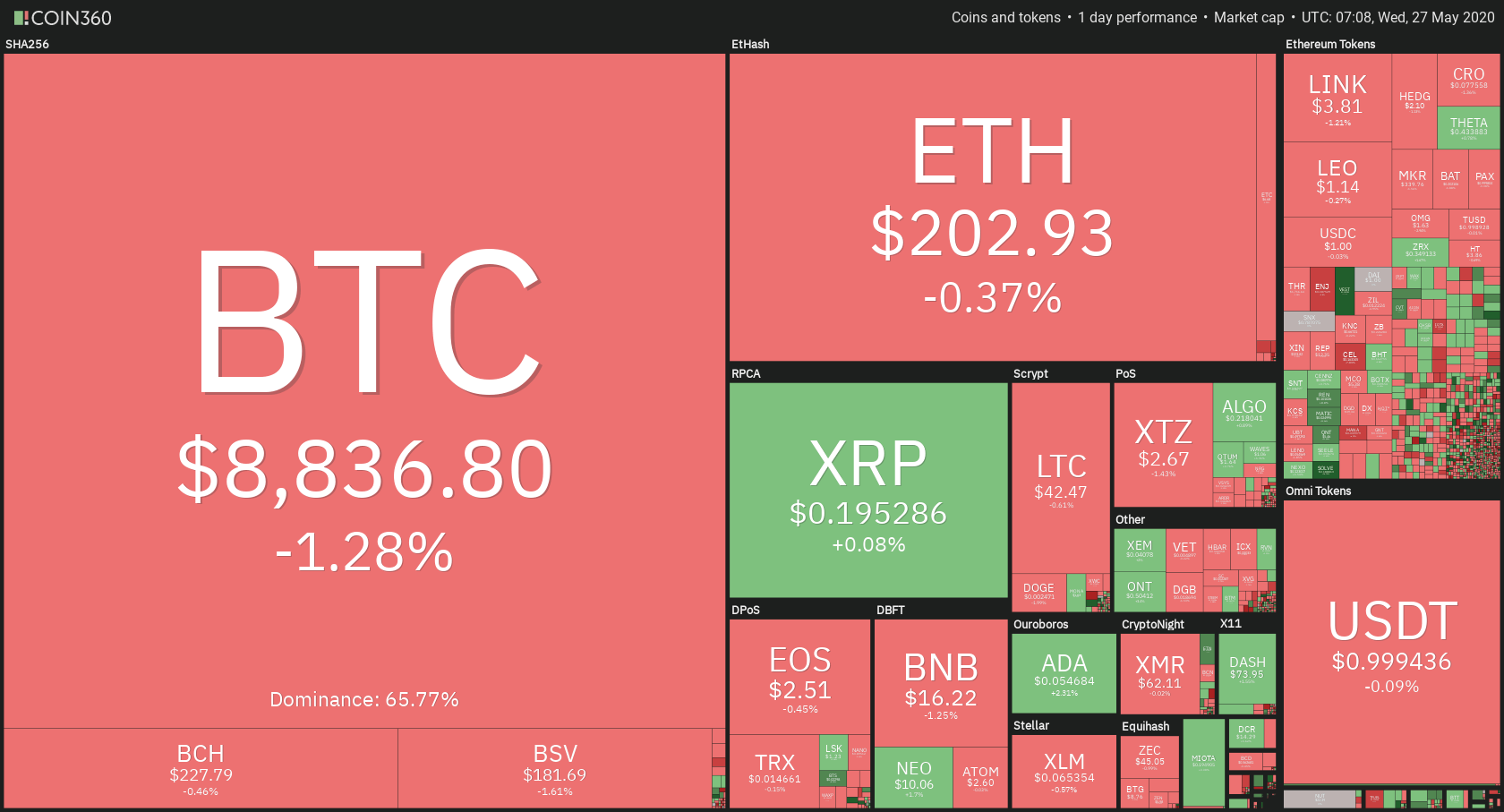 SOLVE took the position of today’s biggest daily gainer, with gains of 15.32%. Theta Fuel lost 10.48% of its daily value, making it the most prominent daily loser.

Bitcoin’s dominance decreased quite a bit since we last reported, with its value currently at 65.77%. This value represents a 0.34% difference to the downside. 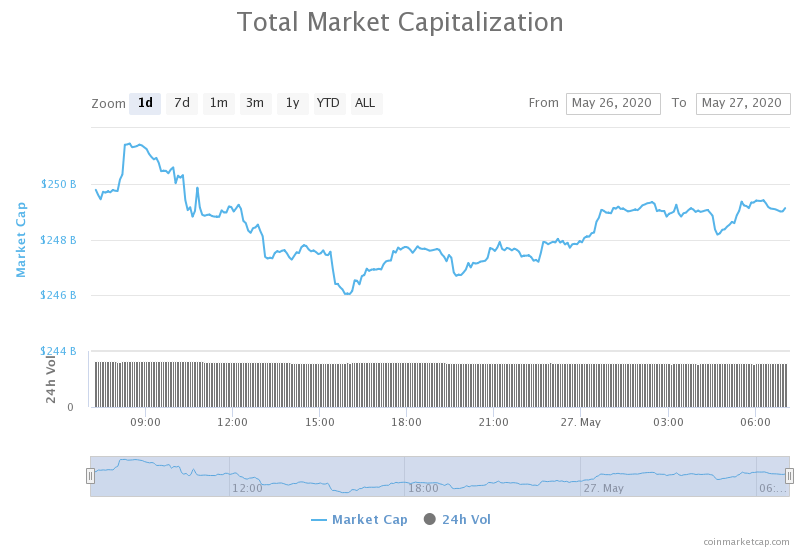 The cryptocurrency market capitalization decreased when compared to yesterday’s value, with its current value being $249.12 billion. This value represents a decrease of $0.87 billion when compared to the value it had yesterday.

After spiking to Feb 2018 level-highs just a week ago, the average Bitcoin transaction fee has dropped by more than 50%.

The largest cryptocurrency by market capitalization had quite a slow day of testing its support and resistance levels. As it failed to break $8,980 resistance line, Bitcoin started dropping towards the downside and only stopping at the $8,650 support level. However, the bounce from the $8,650 level was strong enough to put Bitcoin back to where it was, practically nullifying all efforts made by both the bulls and the bears.

Bitcoin is still trading between the $8,820 support and $8,980 resistance. Breaking above the resistance level could trigger another strong push towards the upside, while a break below the support is less valuable as a signal (unless accompanied by a strong volume and goes below $8,650).

Ethereum has spent most of the day dropping towards the $198 support line and testing its strength. The level held strong, and ETH bulls came in and picked up the slack and struck when bears were weakened from the push. Ethereum has, over a couple of hours, managed to reach $205 levels.

Ethereum’s volume is still incredibly small, while its RSI is in the middle of the value range.

XRP’s chart looked a lot like Ethereum’s chart yet again. The price has fallen slightly as bears tried to take over the market, but it then corrected to the upside and came back to the previous levels. Out of the three cryptocurrencies we are covering, XRP was the only one that ended up in the green today.

XRP’s volume decreased slightly when compared to yesterday, while its RSI stayed just below the middle of the value range.