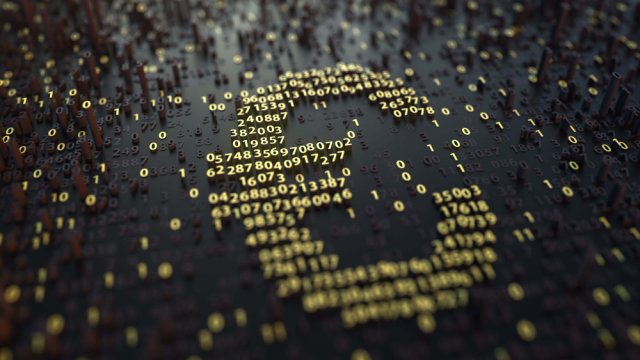 The cryptocurrency market has spent the past 24 hours, either establishing its current levels or gaining a bit of value. Bitcoin is currently trading for $9,639, which represents an increase of 0.36% on the day. Meanwhile, Ethereum gained 2.69% on the day, while XRP gained 0.87%. 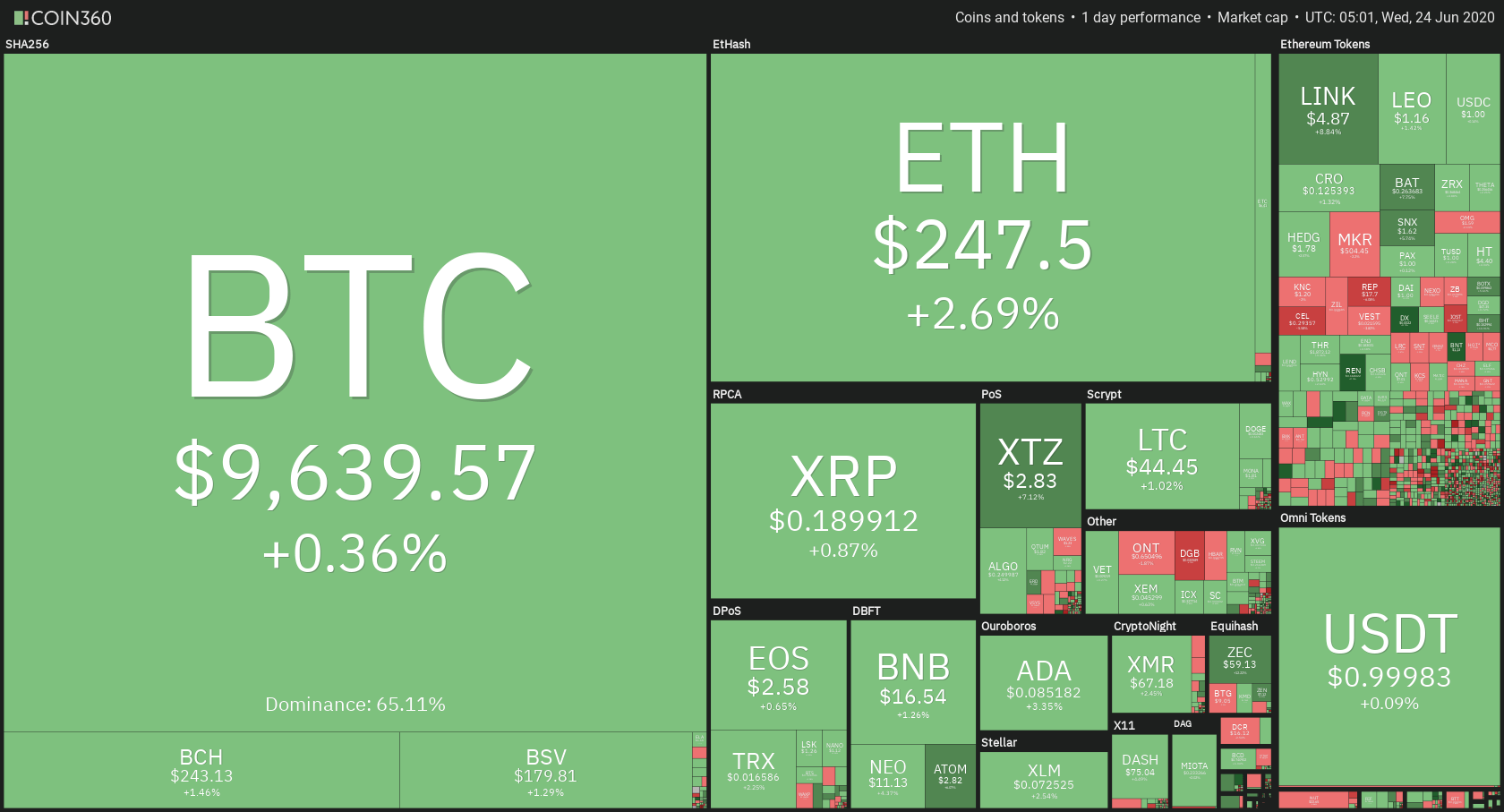 DxChain Token took the position of today’s biggest daily gainer, with gains of 21.87%. Compound lost 17.50% of its daily value, making it the biggest daily loser.

Bitcoin’s dominance level decreased slightly since we last reported, with its value currently at 65.11%. This value represents a 0.17% difference to the downside when compared to yesterday’s value. 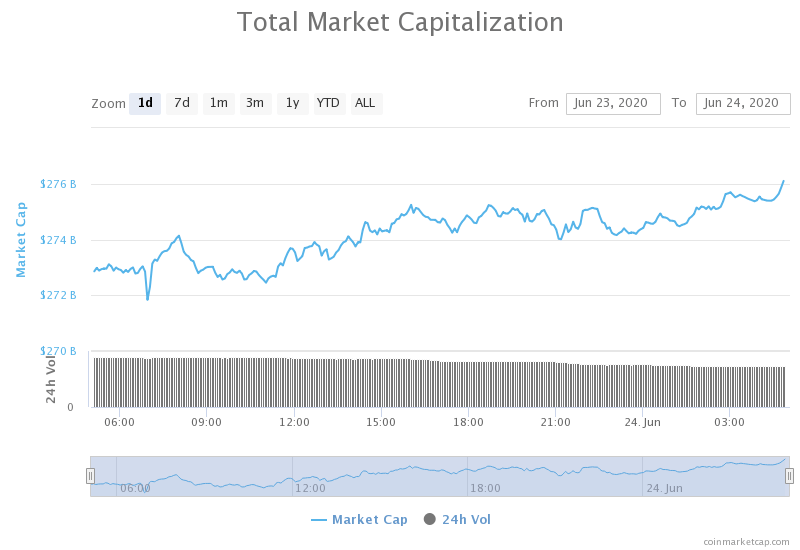 The cryptocurrency market capitalization increased slightly when compared to yesterday, with the market’s current value being $275.85 billion. This value represents an increase of $2.66 billion when compared to the value it had yesterday.

Is Italy implementing a digital Euro?

The Italian Banking Association has announced its willingness to support the implementation of a digital Euro. The IBA had approved guidelines governing its position on the digital currency as well as central bank digital currencies in general.

The ABI announced that monetary stability, as well as respecting regulations related to a digital Euro, are two of its top priorities.

The largest crypto by market capitalization spent the past 24 hours mostly stabilizing around the $9,600 level after taking over the $9,580 resistance (now support) level. The support level got tested and held up a couple of times, confirming that Bitcoin will (for the time being) trade within a range bound by it as well as the $9,735 resistance level.

Bitcoin’s volume is slowly decreasing while its RSI level is reaching the value of 60.

Unlike Bitcoin, Ethereum spent the day reaching for new highs and trying to get to the $251.4 resistance level. The second-largest cryptocurrency by market capitalization managed to increase its value by over 2% on the day. Its volume is, however, lowering, while its RSI level on the 4-hour chart crossed into overbought territory. This might indicate a pause in the bullish move until Ethereum gathers enough strength to attempt a breakthrough the $251.4 resistance.

While XRP did not gain much percentage-wise, its move towards the upside is an extremely important one. The third-largest cryptocurrency by market cap is trying to get back above the $0.19 level, which will determine its position in the short-term. While the move initially moved above the resistance, XRP’s RSI is approaching overbought, while its volume is decreasing, signifying exhaustion.