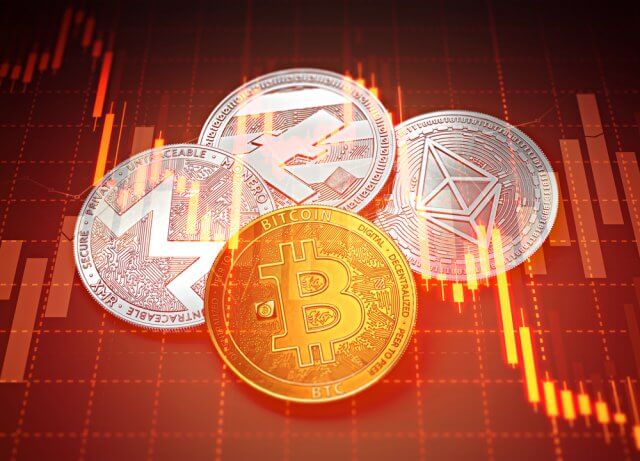 The crypto market has spent the past 24 hours being on a slow downward-facing path. Bitcoin is currently trading for $9,336, which represents a decrease of 0.69% on the day. Meanwhile, Ethereum lost 1.46% on the day, while XRP lost 1.37%. 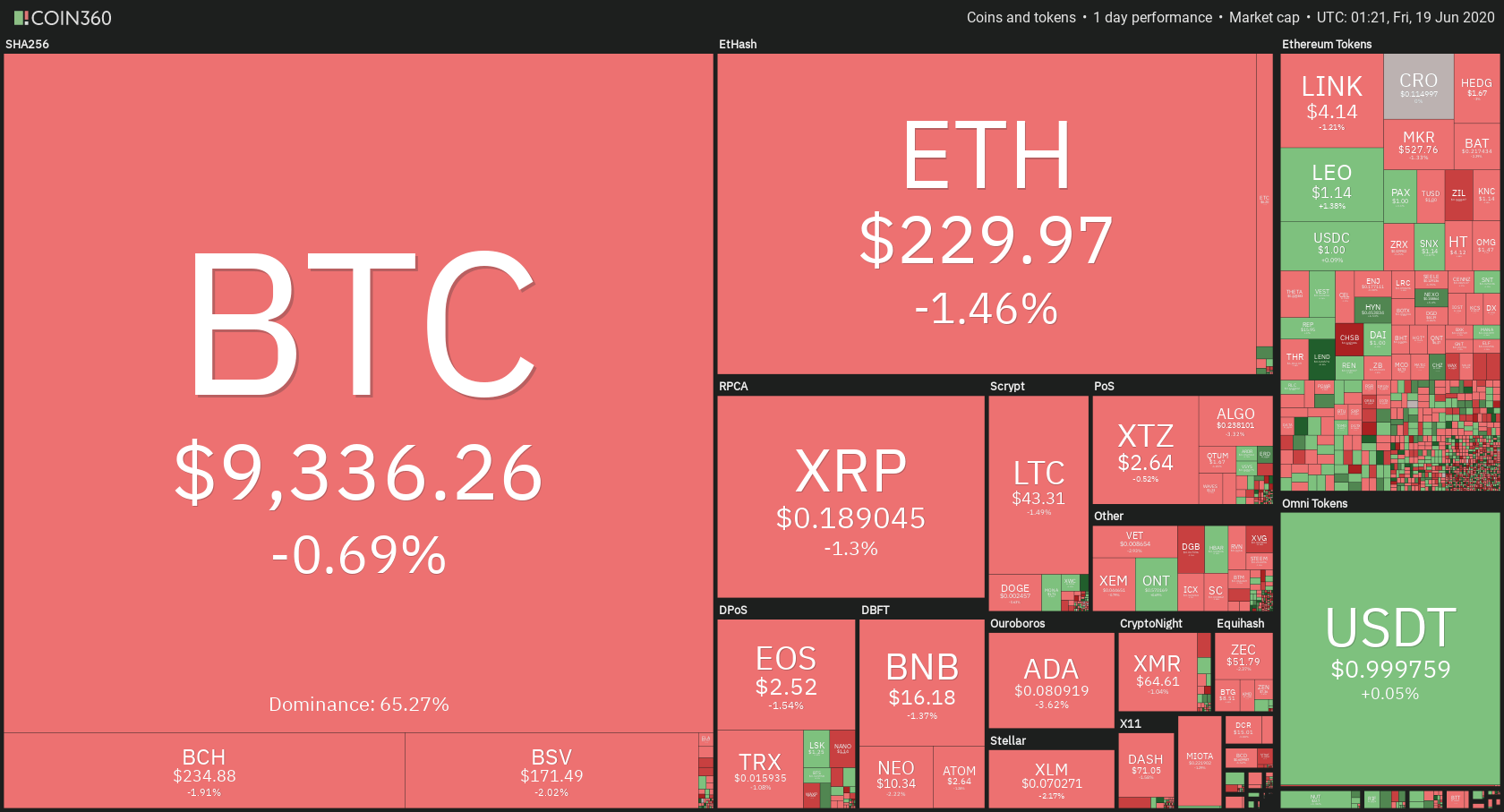 Aave took the position of today’s biggest daily gainer, with gains of 26.09%. SwissBorg lost 16.61% of its daily value, making it the biggest daily loser.

Bitcoin’s dominance level stayed at the same place since our last report, with its value currently at 65.27%. This value represents a 0.01% difference to the downside when compared to yesterday’s value. 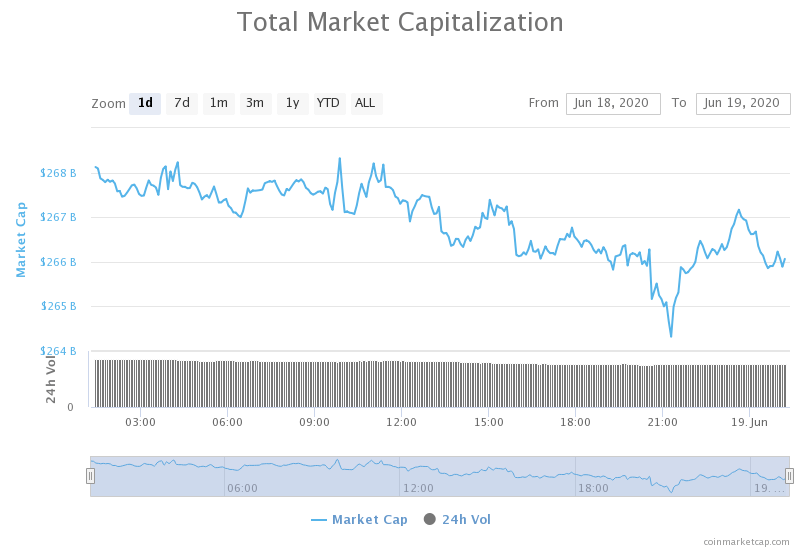 The cryptocurrency market capitalization stayed at almost the same place as yesterday, with the market’s current value being $266.19 billion. This value represents a decrease of $1.78 billion when compared to the value it had yesterday.

After many years of unsuccessful efforts to ban Telegram in Russia, the local authorities have finally decided to fully cancel the ban. Russia’s Federal Service for Supervision of Communications, IT, and Mass Media, better-known as Roskomnadzor, has lifted the two-year-long ban imposed on Telegram.

The authority has removed requirements that restrict the access to the Telegram messenger in an agreement with the Prosecutor General of Russia.

The largest crypto by market capitalization spent the past 24 hours slowly moving towards the downside, ultimately testing its support level of $9,251. The bullish trend that Bitcoin was in (on the 1-day chart) was broken to the downside with the most recent Bitcoin drop. In order for BTC movements to still be considered bullish in the long run, its price needs to be above 9,120 on June 30. On the other hand, even though the outlook is not exactly bullish at the moment, Bitcoin seems to have some good support in its $9,251 level as well as the 1-day 50-period moving average.

If, on the other hand, Bitcoin makes a higher high at above $10,500, bull run will be almost certain, and people should consider pulling more of their portfolio into crypto.

Ethereum keeps creating lower highs and slowly moving lower throughout the day. The second-largest cryptocurrency by market cap is on its way to test the $228 once again. As this support level is a new one, it might not hold as well, and the price is likely to fall towards $225.4 level.

Ethereum’s long-term outlook will greatly depend on how Bitcoin moves, so there is no reason to discuss it at the moment.

XRP has also spent the day slowly moving to the downside, but with one major difference. The third-largest cryptocurrency by market cap has, unlike Bitcoin and Ethereum, broken its immediate support level. While the $0.19 support level isn’t completely beaten and there is still time for the price to recover, it is likely that the price will remain below it due to the lack of volume and initiative when it comes to either buying or selling XRP at the moment.