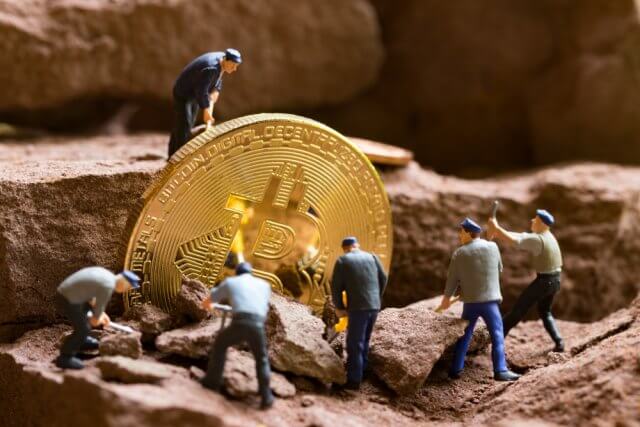 The crypto market has spent the day slowly gaining upward momentum and testing resistance levels.  Bitcoin is currently trading for $9,655, which represents an increase of 1.55% on the day. Meanwhile, Ethereum gained 3.21% on the day, while XRP gained 1.3%. 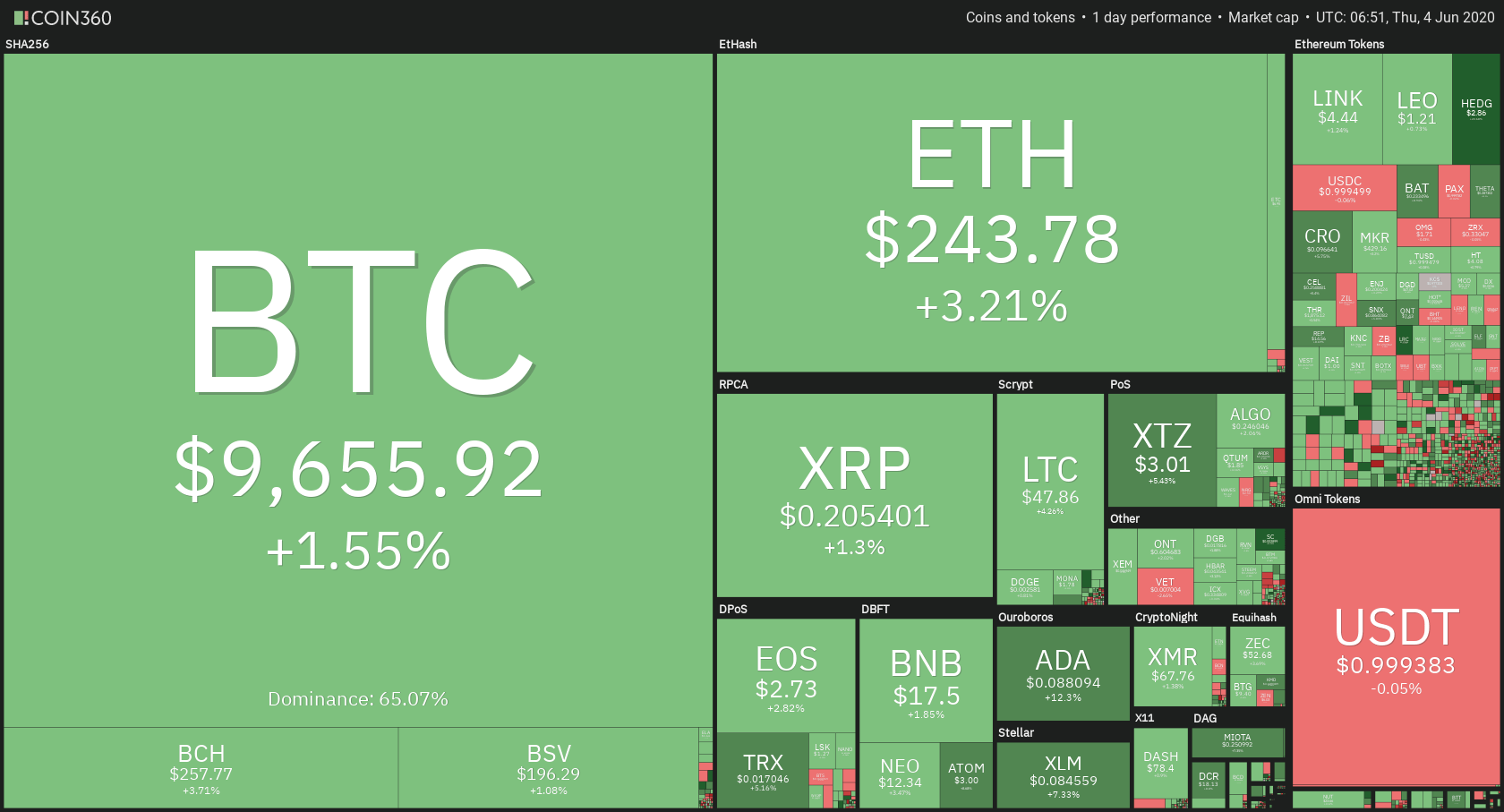 HedgeTrade took the position of today’s biggest daily gainer, with gains of 29.13%. ABBC Coin lost 4.23% of its daily value, making it the most prominent daily loser.

Bitcoin’s dominance decreased slightly since we last reported, with its value currently at 65.07%. This value represents a 0.15% difference to the downside when compared to yesterday’s value. 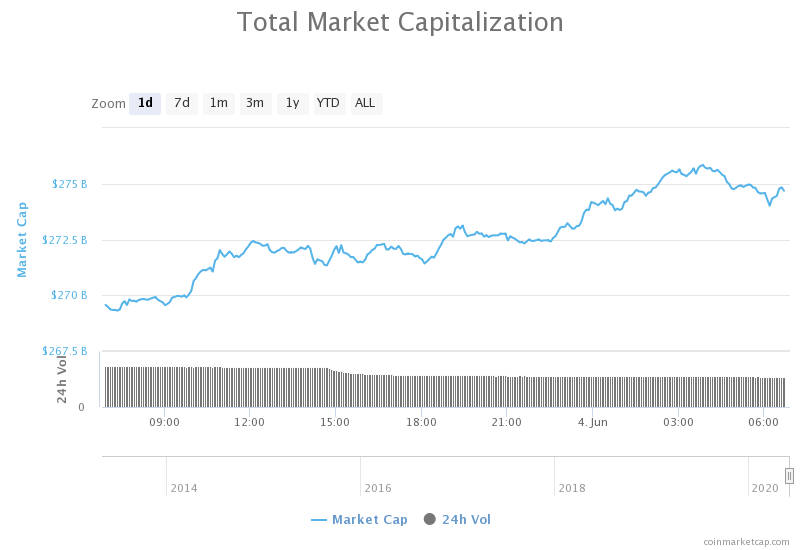 The cryptocurrency market capitalization increased slightly as most cryptos gained some value when compared to yesterday. The market’s current value is $275.19 69.53 billion. This value represents a decrease of $14 billion when compared to the value it had yesterday.

The US becoming the new mining giant

According to the June 3 announcement, Marathon Patent Group has installed 700 Whatsminer M30S+ ASICs that were produced by MicroBT. On top of that, the company is reportedly waiting for a delivery from BitMain (the leading mining ASIC producer) of 1,160 AntminerS19 Pro units.

The largest cryptocurrency by market capitalization has spent the day slowly testing resistance levels and gaining a slight bit of value. Once the price stabilized around the $9,450 level, Bitcoin started working its way up, slowly testing and then passing the $9,580 level. It is now in the process of testing this level to determine whether it will turn into support or if the price will go back down.

Bitcoin’s volume reduced drastically when compared to yesterday, while its RSI is at 52.

Ethereum has outperformed Bitcoin on the daily as it made more bold moves throughout the day. The second-largest cryptocurrency by market capitalization did the same as Bitcoin, just with a larger percentage gain. Its price stabilized around the $235 level before it started moving up, passing the $240 resistance and reaching $246.3. The price is now on a slight decline and possibly testing the $240 level.

Ethereum’s volume came back to below-normal levels after yesterday’s downswing, while its RSI level is at 58.5.

XRP didn’t do anything to differ that much from the other two aforementioned cryptocurrencies. The third-largest cryptocurrency by market cap managed to reach past the $0.205 level after a whole day of slowly moving up. It is currently in the process of testing the level as support. XRP’s moves above $0.205 are seemingly more violent and volatile, while the moves below it are slower and more gradual.