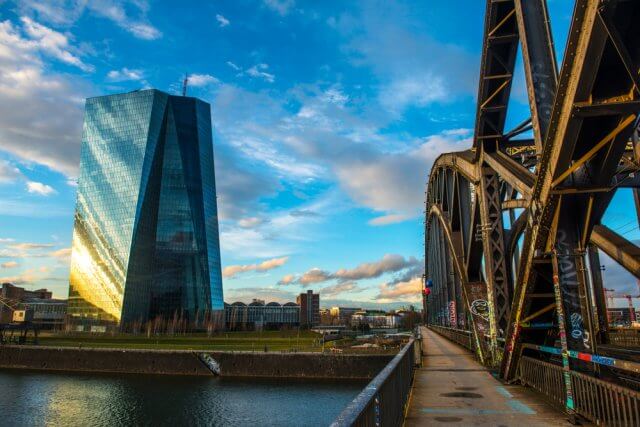 On the news front, it’s likely to be a busy day with most of the focus staying on the European Central Bank’s monetary policy meeting. ECB’s Main Refinancing Rate holds at 0%, and So far, the ECB isn’t expected to change it. However, we need to closely monitor the Press conference as the hawkish or dovish remarks from President Christine Lagarde can drive price action in the EUR/USD pair today. Besides, the dollar may stay supported ahead of the NFP figures coming out on Friday.

The EUR/USD pair was closed at 1.12334 after placing a high of 1.12577 and a low of 1.11665. Overall the movement of the EUR/USD pair remained bullish throughout the day. The EUR/USD pair extended its previous bullish rally for 8thconsecutive day on Wednesday and surged to its highest level since March 12 at 1.12500 level. The risk-on market sentiment continued to weigh the U.S. dollar and pushed the EUR/USD pair on an upward trend.

Better than expected Services PMI and Unemployment data from the whole bloc and its countries gave a push to Euro prices against the U.S. dollar and moved EUR/USD pair in an upward trend on Wednesday.

The single currency Euro also took a bearish turn against the U.S. dollar to complete 61.8% Fibonacci retracement at 1.1215 level today. This level is extending solid support to the EUR/USD, and violation of this level can extend the EUR/USD pair until 1.1190 level. While above 1.1212 level, the EUR/USD can bounce off until 1.2305 level. Let’s wait for the ECB rate decision to determine further trends in the EUR/USD.

The GBP/USD pair was closed at 1.25749 after placing a high of 1.26148 and a low of 1.25448. Overall the movement of GBP/USD pair remained bullish throughout the day. Sterling rose to its five-week highest level on Wednesday, and the pair GBP/USD continued to post gains for the 5th consecutive day on the back of the risk-on market sentiment. U.S. dollar was under heavy pressure amid risk appetite despite U.S. unrest and good economic data. The recent reopening of economies from across the globe boosted investors’ confidence in global economic recovery in the second half of the year, which was also backed by the recent economic data which has already has started to show the signs of betterment.

Markets moved towards riskier assets, including GBP and hence, the pair GBP.USD gained traction in the market. At 13:30 GMT, the Final Services PMI from Great Britain surged to 29.0 from the expected 27.9 and supported Sterling. The ADP Non-Farm Employment Change reported a job loss of 2.76M against the expected job loss of 9.0M. At 19:00 GMT< the ISM Services PMI from the U.S. also increased to 45.4 from 44.2 expected.

However, the gains in GBP/USD pair remained under pressure due to looming Brexit risks after the Bank of England warned the city to prepare for no-deal Brexit. The final round of talks between the E.U. & U.K. has been started, but the chances to secure a deal are highly unlikely.

The governor of Bank of England, Andrew Bailey, told the British biggest lenders to bolster their preparations for a no-deal Brexit. He said that it was Bank of England’s duty to prepare the U.K.’s financial system for all risks that it might face. And to do so, the warning to be ready for the worst-case scenario was issued. This warning by BoE kept a lid on any additional gains in GBP/USD pair on Wednesday.

The GBP/USD was trading with a bullish bias to reach at 1.2600 levels, testing the triple top level on the 4-hour timeframe. The bullish channel has driven a bearish correction in the pair, and on the 4-hour chart, the GBP/USD seems to have more potential for selling until the next support area of 1.2475 level. The MACD has also crossed below 0, which demonstrates initiation of a selling bias, and it may lead the Cable lower to 1.2479 level. Consider taking selling trades over below 1.2600 today.

The USD/JPY pair was closed at 108.899 after placing a high of 108.980 and a low of 108.420. Overall the movement of the USD/JPY pair remained bullish throughout the day. The USD/JPY pair extended its previous day’s gains and rose above 108.900 level pacing a high since April 9 on the back of increased risk appetite. The risk-on market sentiment weighed on safe-haven Japanese Yen and pushed the USD/JPY pair above multi week’s highest level.

The U.S. dollar index slipped to its three months low level due to increased global risk sentiment after the hopes for faster recovery increased due to easing of lockdown restrictions. The DXY fell to 97.19 low from 97.63 on the day. Despite the drop of the U.S. Dollar Index, the pair USD/JPY managed to post gains on the back of strong U.S. equity market.

On the other hand, the headlines of China stopped buying U.S. farm goods and were proven false after the reports suggested that Chinese state-owned firms bought U.S. soybean cargo this week. This raised the optimism that US-China worries would become less. It was also supported by the comments from U.S. Senator Grassley, who said that the US-China trade deal was on track.

Meanwhile, at 17:15 GMT, the US ADP Non-Farm Employment Change for May showed a decline in the number of jobless people to 2.76M from the forecasted 9.0M and helped the U.S. dollar to gain traction. At 18:45 GMT, the Final Services PMI from the U.S. came in line with the expectations of 37.5. At 19:00 GMT, the ISM Non-Manufacturing PMI showed a surge to 45.4 from the expected 44.2 for May and supported the U.S. dollar. The Factory orders in April were declined by 13% against the expected decline of 13.7%.

The USD/JPY bullish bias violated the series of resistance levels to lead the USD/JPY currency pair towards 108.770 level. The closings of bullish engulfing and three white soldiers candlestick patterns are likely to drive further buying until 109.125 level today. On the 4 hour timeframe, the USD/JPY pair has crossed over 50 EMA and has closed a few candles above resistance become support area of 108.350, which is supporting bullish bias among traders. The USD/JPY pair may find support at 108.350 and resistance at 109.125 level while the breakout of this range will determine the next trend in the pair. Today let’s consider buying over 108.35. All the best for today!