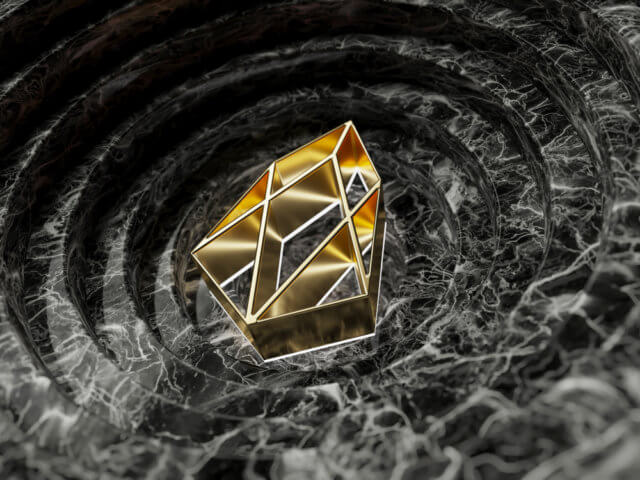 The crypto market dropped some value as Bitcoin, and the other cryptos failed to reach new highs. This move is a continuation of the small downtrend that started on Feb 24. Bitcoin is currently trading for $9,527, which represents a 2.29% decrease on the day. Meanwhile, Ethereum lost 4.03% on the day, while XRP lost 3.96%. 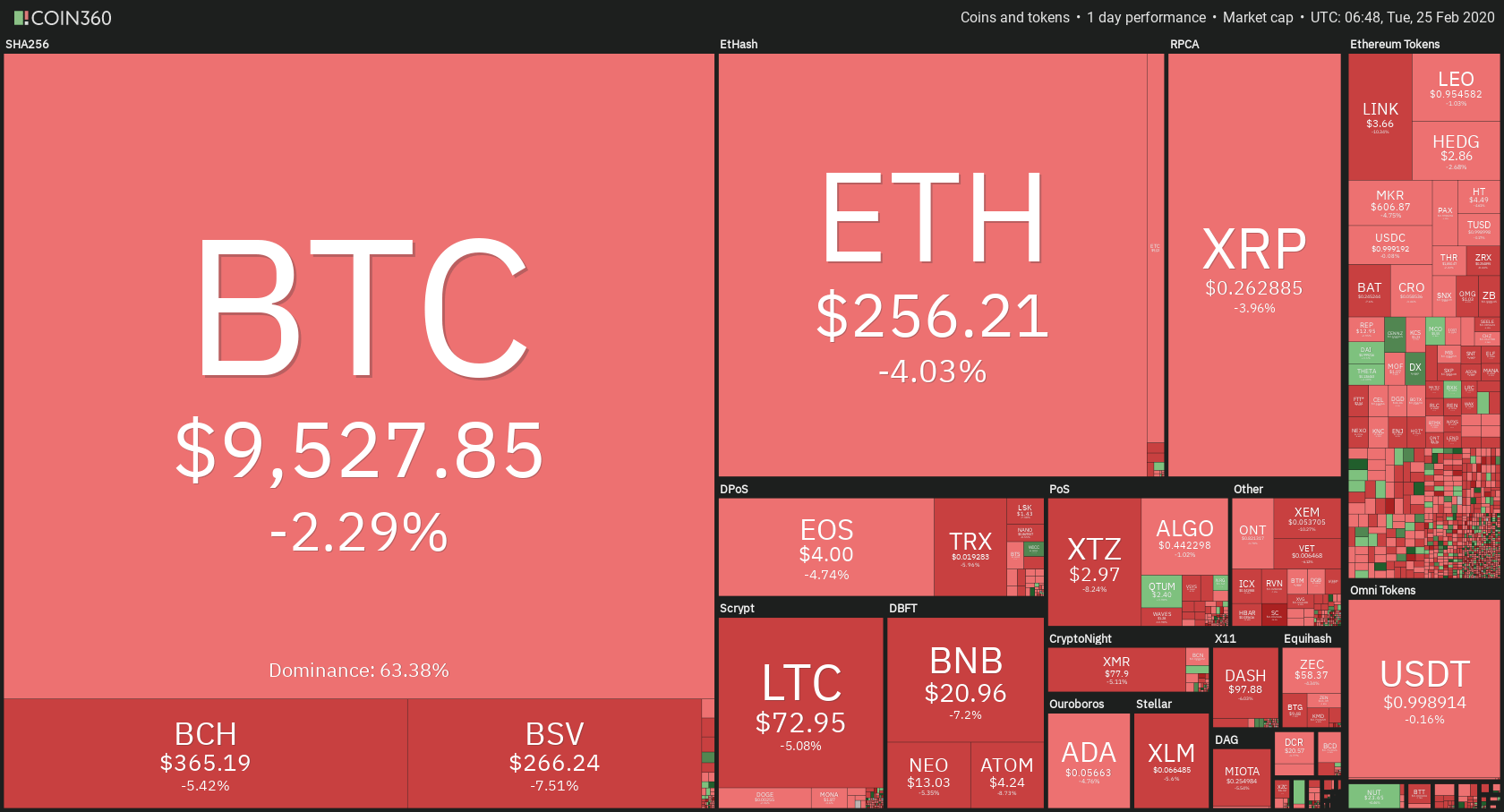 Bitcoin’s dominance increased slightly in the past 24 hours. Its value is now 63.38%, which represents a 0.53 difference to the upside when compared to the value from when we last reported. 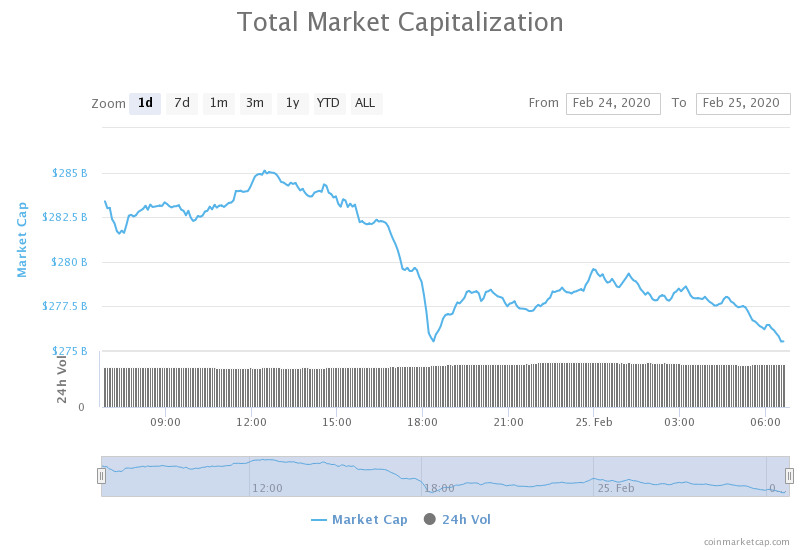 The cryptocurrency market capitalization increased slightly over the past 24 hours. It is currently valued at $275.25 billion, which represents a decrease of $7.28 billion when its value is compared to the value it had yesterday.

Former Wall Street executive Caitlin Long is taking advantage of Wyoming legislature to establish the first crypto-native bank in the United States. The bank’s name will be Avanti, meaning “forward” in Italian.

Long announced the news in a series of 29 tweets. She believes that a critical piece of US market infrastructure is missing, with her bank being the solution.

One of the largest cryptocurrency exchanges, Coinbase, said that the EOS has degraded its performance, with sends and receives possibly suffering from delays.

The exchange later stated that the EOS network is still suffering from degraded performance. However, EOS Nation responded that the EOS main net is “currently extremely reliable.”

The tweet that EOS Nation posted included a chart that was showing a slight blip on Feb 20, with 192 blocks missing due to the micro-forking issue. However, the chart also indicated a stable mainnet performance for the past two weeks.

Bitcoin continued to move down as a prolonged Feb 24 move to the downside. The largest cryptocurrency is now under the $9,580 support, and it looks like it will drop some more. With RSI still not reaching oversold and plenty of leeway to the next support, Bitcoin certainly has a big chance of pulling back even further.

Bitcoin’s volume is lower when compared to the past week. It’s RSI level is approaching lower values of the value range.

Ethereum followed in Bitcoin’s footsteps and lost some value as well. In fact, Ethereum managed to drop more in price than Bitcoin over the past 24 hours. While going down in price, Ethereum broke its $259.5 support.

Ethereum’s volume is on the lower side of the spectrum, while its RSI level is slightly below the middle of the value range.

XRP made pretty much the same move as Ethereum. Its price continued to move down, breaking one of the biggest support levels to the downside. XRP broke $0.266 and is slowly moving below it. However, the 4-hour candle did not close below the support (now resistance) yet.

XRP’s volume is extremely low, while its RSI level is approaching oversold.