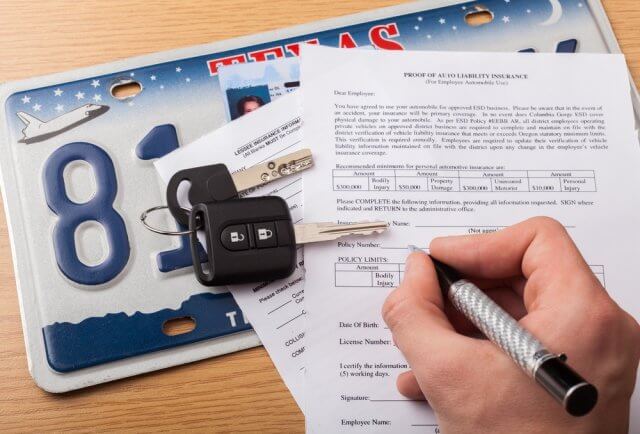 What is Car Registrations?

Vehicle Registration is the process of registering a newly purchased or resold vehicle with a government authority. The primary purpose is to link every car with a corresponding owner. It helps in identifying owners of lost vehicles and reckless driving caught on traffic cameras, etc.

How can the Car Registration numbers be used for analysis?

Car Registrations in our analysis is useful to the following sectors of people:

Oil Vendors – It is useful for the Oil vendors, who can use this data to forecast an increase or decrease in fuel demand and adjust their inventory or stock in advance to meet the demand.

Road Construction companies – Companies can track regional increases in car sales and identify traffic patterns, to put forward a proposal for road construction to government officials to get a construction contract.

Modification Jobs – Many companies in the modern world offer customization options. By monitoring what type of cars are more frequent and in which locations, can help such small scale businesses to set up their business, and offer suitable services.

Sales analysis by Car Manufacturers and Investors – Car Registration figures are the number of cars purchased by customers and are on-road as we speak. The Car Production figures show the picture from the manufacturer’s perspective, while Car Registrations show the actual demand from the customer’s viewpoint. It is the actual sale that counts, and Car manufacturing companies can analyze what type of cars are trending the market right now, which can help them build similar models of cars. Investors can analyze this data to know which company sales are growing in which sector, and where potential growth lies in different regions.

Environmental Analysts: Cars are one of the primary sources of Air pollution, by analyzing the trend in Car Registrations, environmental analysts can assess whether people are shifting to more eco-friendly options like electric cars. Thereby research the implications for submission of their reports on environmental impacts.

Of these factors, road construction, sales analysis is essential, and that is what most of the time data is mainly used for.

As more Cars are registered, it indicates more consumers can afford it. It indicates consumers have enough disposable income and are financially stable enough to either procure a loan or direct purchase. It also indicates, banks also have enough liquidity to disburse loans for such purposes.

Historically, during times of recession, there is a corresponding decrease of Car Registrations, as evident from the above graph, as Consumer Sentiment is low, and prefer to save more than spend to save for a future rainy day. Overall, Car is not a cheap commodity, and an increase in its registration indicates, increased Consumer Confidence, and tells us the economy is stable and faring well.

With more emerging economies like India, Japan, etc. improving their economic conditions by export-led growth in the global markets, the total number of people who are above the poverty level is increasing. This would ultimately translate into increasing Car Registration figures in the upcoming times. The below plot justifies this: 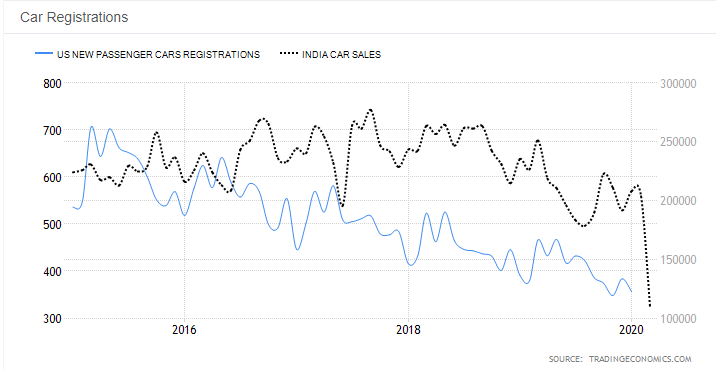 As the standard of living improves in the emerging economies, we are bound to see an increase in demand for automotive, in those countries. As people become wealthier and have extra income after accounting for the daily needs, people open up to the more non-essential or luxury goods, and first in that list comes a car and a home in most developing economies. Hence, increased car registration figures are a sign of an increase in the standard of living of that economy.

Car Registrations are a lagging indicator of economic health, as purchase happens only when the economic conditions have improved significantly and have continued to stay good for a while. In this sense, it is a lagging indicator, compared to other leading and coincident indicators like Disposable Income, Interest Rates, Personal Consumption Expenditure, etc. for traders.

Hence, it is a low impact indicator, as the change in numbers is backward-looking and not forward-looking. It is more useful for policymakers and investors interested in Automotive industries looking for investment ideas and opportunities.

It is a proportional indicator, and a decrease in registrations of new vehicles is just signaling weakening economy and corresponding currency devaluation, which has already been confirmed by other indicators. It will be just confirming our predictions from leading indicators.

The Federal Highway Administration keeps track of the total vehicle registrations by type and builds on its official website.

The Organization for Economic Co-operation and Development maintains the data for all its member countries, which is available on the St. Louis Fred website that is easier to access.

The St. Louis FRED data also maintains data extracted from the OECD database about the vehicle registrations here and here. We can find the monthly data for the Car Registrations data in the statistical form here and here.

Impact of the ‘Car Registrations’ news release on the price charts

After getting a clear understanding of the Car Registration fundamental indicator, we will now try to comprehend the impact of the indicator on different currency pairs and observe the change in volatility due to the news announcement. The Car Registrations figure gives an estimate of the total number of purchased Cars and which is billed to the customer during that month. The indicator helps us to understand the growth in the purchasing power of people in a country. Even though the purchasing power is measured by many other parameters, Car Registration is one of the major factors. Thus, traders do not give much importance to this data while analyzing a currency.

We shall begin with the USD/CAD currency pair for analyzing the impact. The above image shows the position of the chart before the news announcement. We see that the currency pair is an uptrend making higher highs and higher lows and apparently has broken out above the ‘supply’ area. This means the uptrend is getting stronger, and the news will determine if it will continue further or not.

After the news announcement, the price moves in both directions but very little. The currency pair exhibits the least amount of volatility due to the news release, and the candle closes, forming a ‘Doji’ candlestick pattern. The lukewarm reaction of the market indicates that the data was not very disappointing, and thus traders do not make changes to their positions in the currency pair.

The above images represent the CAD/JPY currency pair where before the announcement, we see that the pair is in a strong downtrend, and as the Canadian dollar is on the left-hand side, it shows extreme weakness in the base currency. Recently, the price seems to be moving in a range, and just before the news release, the price was at the bottom of the range. Thus, buying force can be seen at any time in the market from this point.

After the news announcement, the market falls slightly but gets immediately bought back. Due to a lower Car Registrations, market players initially sold the currency but later took the price higher as the data was not very bad. Technically, this is a ‘support’ area, and thus traders went ‘long’ in the market, which resulted in the price rally. Therefore, the impact due to the news announcement was least in the currency pair.

Lastly, we discuss the AUD/CAD currency pair where, before the announcement, the market is range-bound, and there isn’t any clear direction of the price. The currency pair is seen to exhibit minimum volatility before the news release. It is necessary to have market activity in order to analyze a currency pair rightly. Trading in such currency pairs attract extra slippage and spread.

Therefore, it is advised not to trade in pairs where the volatility is less. After the news announcement, the price moves higher, and ‘news candle’ closes with a slight amount of bullishness owing to poor Car Registration data. But since the news data is not very important to traders, we cannot expect the market to start trending after the news release also. We need to wait until the volatility increases, to take a trade.

That’s about ‘Car Registration’ and its impact on the Forex market after its news release. If you have any questions, please let us know in the comments below. Good luck!