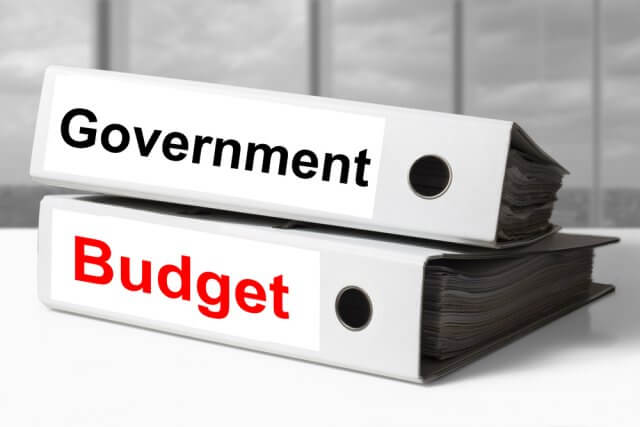 Government Budget is one of the annual reports that moves the market volatility significantly. The Government of a country or a state is responsible for managing the economic activity of that region. Hence the Budget will primarily determine the pace of economic activity for that fiscal year. Government Budget figures are incredibly crucial for traders and investors as it can impact everything from taxes to Sovereign risks.

What is Government Budget?

Government Budget is a detailed annual plan for public spending by the Government. The Budget, in general, applies to individuals, corporations, and Governments. An individual planning his finances for the year determining what portion of his monthly/annual income he is going to allocate for his expenses would be his Budget. For corporations, annual budgets would detail what amount of revenue would be spent on different departments like R&D, marketing, infrastructure, etc.

The Government Budget is the same as the above, but the list of expenses is related to public welfare. The Government is responsible for a multitude of operations like salary payments to Government employees, financing agricultural subsidies, providing financial support to specific industries. It may also include paying for military equipment, payout pension funds to the applicable people, and other Government running operations expenses, etc.

The Government Budget is calculated on an annual basis, and for the United States, this fiscal year begins on the 1st of October to the next year’s 30th of September.

What a Government earns through taxes is called revenue, and what it spends on is categorized under Government Spending. When the spending exceeds its revenue, then we call it as a Budget Deficit or Fiscal Deficit. On the other hand, when the revenue exceeds spending, we have what is called a Budget Surplus or Fiscal Surplus. The United States has been running a budget deficit most of the time throughout history, as shown below:

How can the Government Budget numbers be used for analysis?

The Government’s Fiscal Deficit is financed through borrowing money from investors in the form of bonds for which the Government promises to pay interest. Deficit each year adds to the debt. The United States and many other developed economies have spent most of their time maintaining a Budget Deficit as the spending has been failing to stimulate the economy year after year.

If the Government decides to cut back on spending to service debt and interest payments, then the economy may slow down due to a lack of funding stimulus. On the other hand, if the Government continues to spend beyond its revenues to stimulate the economy, then it will keep piling up the previous debts.

The Budget has both short-term and long-term impacts on the economy. Based on which sectors the Government has chosen to allocate its spending, investors and traders can predict economic growth and slowdowns in different sectors.

The Budget’s portion that is being spent on servicing debt and interest payments also decides whether the country is in danger of Sovereign Credit Risk. The credit rating agencies like Standard & Poor’s, Fitch Group, and Moody’s, etc. credit rate the Government. If the credit rating falls, then investors quickly lose confidence in the Government’s ability to pay back.

Hence, investors demand higher interests for the risk associated and which further cuts a bigger pie out of the Budget, leaving less room for spending. The vicious cycle of debt is tough to get out of for the Government and hence, Budget figures and strategic allocation of funds is crucial.

Currency markets quickly lose faith in the Government that is unable to resolve National Debt and large Budget Deficits, and currency immediately depreciates. Increased confidence in the Government can appreciate the currency value.

Hence, the Government Budget is a significant leading economic indicator for traders and investors alike.

A comprehensive summary of all Budget related statistics are available on the St. Louis FRED and some other credible websites that are given below:

Impact of the ‘Government Budget’ news release on the price charts

Till now, we have understood the importance of Government Budget in an economy and how it can be used for fundamental analysis of a currency. The Budget impacts the economy, interest rate, and stock markets. How the finance ministry spends and invests money affects the economy. The extent of the deficit influence the money supply and the interest rate in the economy. High-interest rates mean higher cost of capital for the industry, lower profits, and lower currency prices.

In this example, let’s analyze the impact of Government Budget on various currency pairs and examine the change in volatility due to the announcement of the same. For that, we have collected the data of Canada, where the below image shows the latest Budget that was fixed by the Canadian Government during the reference month. Let us find out the reaction of the market to this data.

The first currency pair which we will be discussing is USD/CAD. The above image shows the exact position of the currency before the news announcement. We see that the market is in a downtrend, and recently the price has pulled back to a ‘supply’ area, and some initial reactions (red candle) can also be seen. Since the impact of the news outcome is less, aggressive traders can take a ‘short’ position with a stop loss above the ‘supply’ area.

After the news announcement, we see that the market moves higher, and there is a sharp surge in the price. The volatility increases to the upside the price closes as a bullish ‘news candle.’ Even though the Government Budget was higher than before, it narrowed to 3.58 billion in February from 4.31 billion in the corresponding month of the previous year. This is negative for the economy when analyzing from a yearly perspective. Thus, traders went ‘long’ in the currency and weakened the Canadian dollar.

The above images represent the CAD/JPY currency pair, where we see that in the first image, the market is in moving within a ‘range,’ and currently, the price seems to have broken below the ‘support,’ showing an increase in the selling pressure. Since the Canadian dollar is on the left hand of the pair, a strong down move indicates a weakening of the currency. Since the price has broken below, we will be looking to sell the currency pair after some consolidation in the market.

After the news announcement, the price crashes below, and volatility extends on the downside. The bearishness in the price is a consequence of the weak Government Budget data that saw a decrease in the value compared to the previous year. Therefore, traders went ‘short’ in the currency pair by selling Canadian dollars. One needs to be cautious before taking a ‘short’ trade as the price is approaching a ‘demand’ area, and buyers can pop up at any moment.

The above images are that of GBP/CAD currency pair, where we see that the market is in a strong downtrend before the news announcement, signifying strength in the Canadian dollar. We also observe that the price has recently bounced back from its’ lows’ and has crossed the moving average. This could be a sign of trend reversal, which we shall validate based on the outcome of the news.

After the news announcement, the price initially moves higher, but later selling pressure is seen, and the candle closes in the red. Here the volatility is witnessed on both sides of the market, and the price manages to close above the moving average line. The market appears to be volatile even after the news announcement, and we do get a sense of the direction of the market. However, aggressive can go ‘long’ in the market on the basis that the price continues to remain above the moving average, after the news release.

That’s about ‘Government Budget’ and its impact on the Forex market after its news release. If you have any questions, please let us know in the comments below. Good luck!