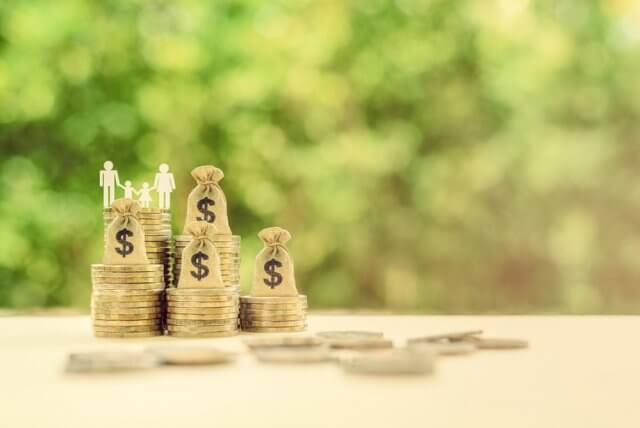 Households Debt to GDP is an indicator of ascertaining the financial soundness of the economy. There is a certain amount of healthy correlation between the Households Debt and GDP, and by understanding this ratio correctly, we can predict major economic events with reasonable confidence. This metric has gained more attention around the time of the global financial crisis of 2008. Hence, understanding this metric is important in understanding long-term macroeconomic trends.

What is Households Debt to GDP?

It refers to the total debt incurred by households only. All the monthly debt payments people owning a home are taken into consideration. The debt can be of any type like mortgage loan, student loan, auto loan, personal loans, credit cards. Any form of credit for which you are paying back from your income is a debt in this context.

But, merely measuring household debt without any relative quantity to ascertain the burden of debt to an individual is not useful. For example, a country earning 100 billion dollars in a year having a debt of 70 billion dollars can be burdensome. While a nation making 200 billion dollars would be comfortable paying off this debt and still afford to invest in public spending and other activities. It is this relative context that appropriately paints the macroeconomic picture of a nation in front of us.

On the Macroeconomic level, GDP is equivalent to the income of the nation, and the portion of that income that goes into servicing debt payments determines what is left for other activities. The debt burden can also be measured in different forms, like by taking the ratio of the debt to disposable income or pre-tax income (gross income).

How can the Households Debt to GDP numbers be used for analysis?

The household debt impacts the Personal Spending (which is the amount left after deducting necessary expenditures from the Disposable Personal Income, DPI). High debt results in lower spending, which promotes saving and discourages spending. When spending is reduced, the demand falls in the market, and businesses enter a slowdown.   Expansionary plans are rolled back, and employees are laid off, resulting in deflationary conditions overall.

The financial crisis of 2008 – From 1980 to 2007, the increase in debts due to the low-interest rate environments stimulated the economy beyond its sustainable levels, which resulted in extended spending by individuals buying houses all over the United States.

Once the individuals bought their homes, till then, the market and economy were seeing a boom, but soon reality hit when people started repaying the debt, which reduced the overall spending that resulted in a slowdown of the overall economy. What happened here is, the government tried to give an artificial boost to the economy, which although sped up the economy for some time, it later dragged the economy back to the extent that even today, the economy’s growth rate is lower than it should be.

The debt burden led to a global financial crisis in many countries where loan defaults were becoming increasingly common. Many people just abandoned their house and debt, due to which the real estate market fell, the investors lost money, the stock market crashed. All this resulted in an economic collapse in the United States. Similar patterns followed throughout the world in many countries.

Since GDP is a quarterly figure, and hence the ratio numbers are also released quarterly. Also, the Households Debt to GDP is a long-term number, in the sense that the numbers will not rise or fall overnight. It may take years to build-up or go down. Hence it is a low-impact indicator as it is indicative of the long term trend and does not reflect the current short term trends in the economy.

But, Households Debt to GDP can be used to analyze severe economic downturns like that of 2008’s financial crisis. In this sense, investors, economists can use this statistic to predict any shocks that may occur in the future.

The International Monetary Fund ( IMF) releases the Financial Soundness Indicators (FSI) for many economies based on the data they receive from the individual countries. There are no fixed release dates of the report’s release, as they compile and publish once they receive information from the source countries. The FSI data goes back to 2008 for many countries, but for some, it goes back to 2005.

The IMF FSI reports contain different types of loans and their ratios to GDP and other metrics that are available on their official website.

For the United States, the Board of Governors of the Federal Reserve System releases the report titled “Financial Accounts of the United States – Z.1”, also called Z1 reports, quarterly on their official website. This report gives the Households Assets and Liabilities and Net Worth, the charts show the balance sheet of households and non-profit organizations to DPI.

Sources of Households Debt to GDP

After understanding the Household Debts to GDP economic indicator, we will now proceed and analyze the impact of the same on the country’s currency. The Household Debt to GDP is a metric that measures the country’s public debt to its Gross Domestic Product (GDP). From the definition, it is clear there exists an inverse correlation between the indicator and value of the currency. When there is an increase in the value of the indicator, it means people’s debts are increasing, and consumer spending is reducing. This negatively impacts the economy and, thus, the currency, whereas a decrease in Household Debts is positive for the currency.

In today’s example, let’s analyze the Household Debts to GDP data of India and find out the impact of the same on Indian Rupee. As we can see, India’s Household Debt accounted for 11.3% of the country’s Nominal GDP in March 2019, compared to the ratio of 10.9%  in the previous year. The year-on-year data is said to have a long term effect on the currency, and hence we are observing the impact on the ‘daily’ time frame chart.

We first look at the EUR/INR currency pair, where we see that the price is in a major downtrend and has been moving in a range from the past two months. Just a few days before the news announcement, the market has retraced the downtrend partially and is on the verge of continuation of the trend. Technically, it is judicious to go ‘short’ in this pair as it is the best way to trade the trend. Now we only need confirmation from the market in terms of the market going below the moving average after the news release.

After the news outcome, the market moves a little higher owing to weak Housing Debt to GDP data, and traders around the world sell Indian Rupee. There is an increase in volatility to the upside, but on the immediate next day, the market gets sold into. This means that even though the data was unhealthy for the Indian economy, it wasn’t as bad to take the price much higher and result in a reversal of the trend. Therefore, we enter the market for a ‘short’ trade only after the price slips below the moving average, and volatility increases on the downside.

The above images represent the GBP/INR currency pair, and as we can see, the market has reversed the downtrend of 2018 and is currently in an uptrend. This up move started at the beginning of the year and has been new ‘highs. Before the announcement, the price seems to have made a top and might be going down to the ‘support’ area to resume the up move. Since we do not have the forecasted data of the indicator, we cannot take any position in the market. After the news announcement, the market does not fall much, nor does it go higher. This means the HOUSING DEBT TO GDP data was neutral for the economy and thus for the currency. As the change in HOUSING DEBT TO GDP was not drastic, we do not witness substantial volatility during the announcement. The ‘trade’ idea for this pair is similar to the above-discussed pair, where we go ‘short’ in the pair once the price goes below the moving average.

In the CAD/INR currency pair, we see a retracement of the big downtrend of 2018 in the form of an uptrend, similar to the GBP/INR pair. One major difference is that the uptrend in this case not very strong and is unable to make new ‘highs. This means the down move is having more influence on the pair and that the up move might get sold into anytime. If the Housing Debt to GDP data were to be positive or neutral for the Indian economy, we could join the downtrend after suitable confirmation from the market. After the Housing Debt to GDP data is released, the price suddenly falls below the moving average, and volatility increases on the downside. A bearish ‘news candle’ shows the impact of the news on this pair, and we can conclude that Housing Debt to GDP data did not prove to be negative for this pair.

That’s about ‘Household Debts to GDP’ and how this economic indicator impacts the Forex market. For any queries, let us know in the comments below. Good luck!