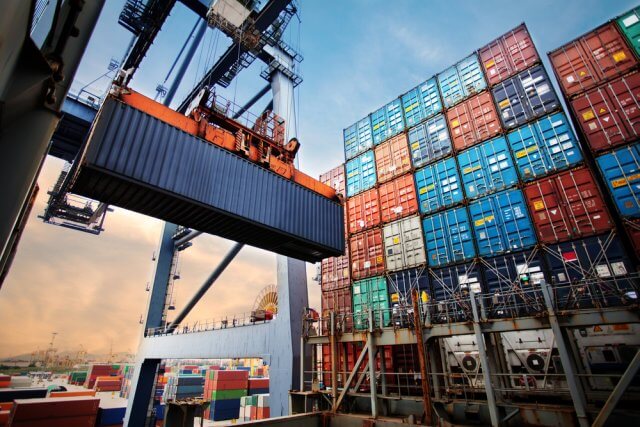 Imports are one of the components of International Trade. The Import and Export figures determine whether a country is running a Trade Surplus or Deficit. What and how much a country is importing in contrast to its exports mainly drives economic growth. It is crucial to understand Import’s role in a country’s International Trade Balance and Balance of Payments and its pros and cons.

The foreign goods and services sold to domestic consumers are called Imports. Goods and Services manufactured in a foreign country consumed by the domestic population all come under Imports. When a country is importing more compared to its exports, it is said to have a trade deficit. A trade deficit is generally bad for the economy as it means it is consuming more than it is earning.

An import is noted as a debit in the Balance of Payments in the Current Account Balance Reports. When a country imports money flows out of the country. An export brings money into the economy. Hence, Import is analogous to an individual’s monthly expenses, and exports are analogous to his income. It is not ideal for us to spend more than we earn for long periods as it could pile up a massive debt from which we may not be able to recover. A country running a trade deficit is no different.

A country needs to borrow capital to finance its excess import or net import (imports minus exports). It is always preferable for mature economies to be a net exporter than a net importer.

A trade deficit is not a bad thing always as countries might be importing raw materials for future projects and constructions whose output is not yet recorded. The United States has continued to be a net importer and has been running a trade deficit since 1975. Hence, what a country is importing and for what purposes is vital to understand its implications on the economy.

How can the Imports numbers be used for analysis?

A country imports generally the goods that they either cannot produce domestically or as cheap as other countries. Countries that naturally do not have the natural resources may import their raw materials from nations that are abundant in it. For example, China imports Iron Ore, which Australia exports for its manufacturing industries.

Countries may also import goods for which labor cost is expensive in the home country compared to other countries. For example, NAFTA agreement shifted Car and Automotive parts manufacturing to Mexico from the United States and Canada due to cheap labor availability.

Countries also often import goods and services in which they do not have a competitive edge in the global market. For example, even though Apple is an American Company, its production of phones is done in China as the production cost is low due to well-established infrastructure for electronic and chip manufacturing industries.

Imports are to be offset by corresponding levels of exports ideally, otherwise end up having a trade deficit which can be harmful in the long run. As the country keeps borrowing, the piling debt slowly starts crippling the economy as much of the revenue goes into servicing interest payments and debt repayments in the long run.

The heavy dependence of an economy on imports from a particular foreign nation or small group of nations can be dangerous as the economy’s function becomes dependent on the trades. It would be more crippling if the Imports are necessities like food or energy. For example, the USA faced an oil shortage and went into recession when OPEC cut its oil supply to the USA.

Imports are subject to trade tariffs and trade agreements. Imported goods and services compete with local produce, and the selling price of the corresponding goods differs based on the import tariffs implemented by the Government.

On the one hand, importing goods at a lower price rather than producing domestically at a higher price seems reasonable to some as it gives consumers goods and services at a lower rate avoiding inflation effects. On the other hand, imports affect the local manufacturing sectors in the same category. Foreign Competition can wipe out local businesses, which can, in turn, slow down the economy.

In the long run, exports stimulate growth while imports impede growth. Hence, Import is a double-edged sword that needs to be handled carefully in conjunction with exports to strike a correct-balance in the Balance of Trade.

A sudden surge in imports over exports is followed by currency depreciation and vice-versa. The global FOREX market is self-regulating and adjusts to such shocks, and the Government can intervene to peg their currency higher to reduce the cost of imports. Japan and China are good at winning this type of Currency War games in the global markets where they peg their currency high during imports and low during exports to maximize benefits in their favor.

For the United States, the Bureau of Economic Analysis publishes the monthly Balance of Trade reports on their official website in the first week of every month for the previous month.

Data related to U.S. Imports can be found here. The World Bank also publishes the World Trade reports of many countries categorized by different sectors in their World Integrated Trade Solution’s official website. We can also get the statistical data of Imports and Exports of various countries from the International Monetary Fund’s official website.

Visual representation of a country’s imports can be accessed here. Below is the illustration of the same.

Impact of the ‘Imports’ news release on the price charts

Until now, we have learned all about imports and the different ways it can affect the economy and the currency. Imports offer many benefits to the consumer of the importing nation, such as greater choices, a wide range of quality, and access to lower-cost goods and services. Imports create healthy competition in the domestic market, forcing local producers to improve their quality or by reducing costs. Therefore, if imports are kept at a reasonable level, they can be beneficial to companies, consumers, and the economy. We need to change the method in which the value o trade is measured.

In today’s illustration, we will be analyzing the impact of Imports on different currency pairs and see the change in volatility before and after the news announcement. The below image shows the latest Imports data of the United States, where it says that there has been a reduction in the net Imports from the previous month. Let us find out how the market reacts to this data.

The first pair we will be discussing is the USD/JPY currency pair and where the above image shows the state of the chart before the announcement. We see that the market does not appear to be moving in any single direction, which means there is volatility on both sides, and there is confusion prevailing in the market. Traders need to watch the impact of the news announcement and then take a suitable position.

After the news announcement, the price sharply falls lower, and volatility expands on the downside. As there was a reduction in the value of Imports, the market reacted negatively to this data by causing weakness in the U.S. dollar. The long bearish ‘news candle’ is an indication of the continuation of the downward move, and so, one can take a ‘short’ position in the currency after the news release with a stop loss above the recent ‘high.’

The above images represent the GBP/USD currency pair, where we see that, in the first image, the market again is not trending in any direction, and currently the price is at the ‘supply’ area. Therefore, we can expect sellers to come back into the market and stimulate selling pressure. Since the impact of Imports data is moderate to high, it is advised to wait for the news release to see what changes it will cause in the price. After the news announcement, there is a sudden surge in the price where the ‘news candle’ closes with a fair amount of bullishness. Since the U.S. dollar is on the right hand of the pair, a rise in the price indicates weakness in the currency. As the Imports were lower, traders increased the volatility to the upside by selling a lot of U.S. dollars. From a ‘trade’ point of view, we will go ‘long’ in the market only after the price breaks the ‘supply’ area and moves higher.

The above images are that of the AUD/USD currency pair, where we see that the market is in an uptrend, and at present, it looks like the price on the verge of continuing the trend after a price retracement. The price is currently at the previous ‘high,’ so we can sellers become active at this point. Thus, we should not take any position before the news release. After the news announcement, the price goes higher and closes as a bullish candle. As the Imports are relatively weak, traders sold U.S. dollars and increased the volatility to the upside. This could be a confirmation sign of the continuation of the trend. Aggressive traders can take ‘long’ positions with a stop loss below the recent ‘low.’

That’s about ‘Imports’ and its impact on the Forex market after its news release. If you have any questions, please let us know in the comments below. Good luck!