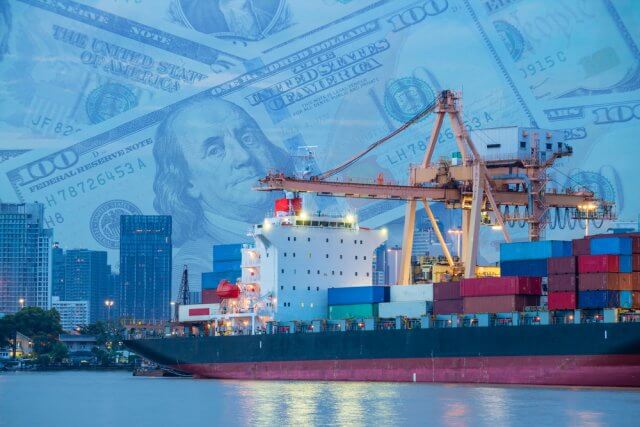 What are Export Prices?

How can the Export Prices numbers be used for analysis?

In today’s modern world, many nations have opened themselves up for international trade. It is quite common for foreign brands to compete with local brands in many countries. Globalization has led to rapid growth for the global economy. Exports and Imports are two essential elements of a country’s trade balance. Imbalance in trade creates a deficit or surplus that directly affects the country’s currency.

Increased import over export indicates more dollars are spent and go out in importing products and services than dollars coming in for the goods sent out. When the international market is flooded with a currency due to increased imports, its currency value falls against other currencies. In such a situation, a country is said to have a trade deficit. Export prices can rise for the following reasons:

As the manufacturing or cost of the raw materials increases, it eats away the company’s profit margin. To avoid this, companies may translate these increased production costs to the end consumer by pricing their goods higher.

As companies not only have to compete with fellow local businesses, they need to compete with companies from other countries. An increase in prices through production cost inflation may put the country at a disadvantage and lose sales in the international market. Hence, even though export prices increased, the sales volume will decrease negating the effect. It generally does not work in favor of the country and its currency.

As demand for a particular good or service increases, the company may raise its prices to compensate for the limited supply. Price increase as a result of increased demand is always beneficial for the company, country, and currency. Export and import prices are used for many purposes, and some of which are:

Export prices are specifically more critical for developing economies, as through exports, they primarily achieve their growth. Export-led growth has benefitted developing economies to create wealth and developed countries to get goods at much lower prices in the international market.

Change in currency value also affects export and import prices. Weak domestic currency brings in more currency during exports while making it harder to import as they become relatively more expensive. A strong currency hurts exporters while it favors imports as more goods can be purchased per unit of currency.

Hence, we observe countries undergo “trade wars.” Trade war means countries intentionally devalue their currencies during exports and peg it higher during imports in their favor. Such tactics are regularly used by China, and seeing these other countries also do the same. Competitively devaluating or valuating domestic currency higher to make trades favorable to their countries is referred to as a Trade war. Hence, any increase in export price should solely happen through an increase in demand, as that is the only way the economy benefits in the long run.

In the United States, the Bureau of Labor Statistics (BLS) publishes monthly export prices as part of its “Import/Export Price Indexes” at 8:30 AM around the middle of the month. It is reported in percentage changes compared to the previous month and is also reported by categorizing based on end-use.

We can find the Export Price as part of the Import/Export Price Indexes and end-use versions. We can find consolidated statistics on export prices for most countries on Trading Economics.

Before is the latest report on Export Prices, which came out to be 1.4%. The Export Prices were expected to rise by 0.8%, but the actual number beat the forecast.

Before the announcement of the Export Prices data for the month of June, we can see that the market was in a fresh downtrend making news lows every step of the way.

The news was published during the open of the New York session. It is seen that, right on the announcement of the data, the USD prices collapsed against the Canadian dollar. With the release of the report and the open of the New New York market, the market volatility was boosted.

In this case, we see that the market followed the direction of the overall trend. Thus, traders can take advantage of the volatility due to news and market open and trade based on their analysis. However, they should ensure that the report is within the normal range and not an outlier. During abnormal values, a trader may better off stay away from the related currency, and its pairs. 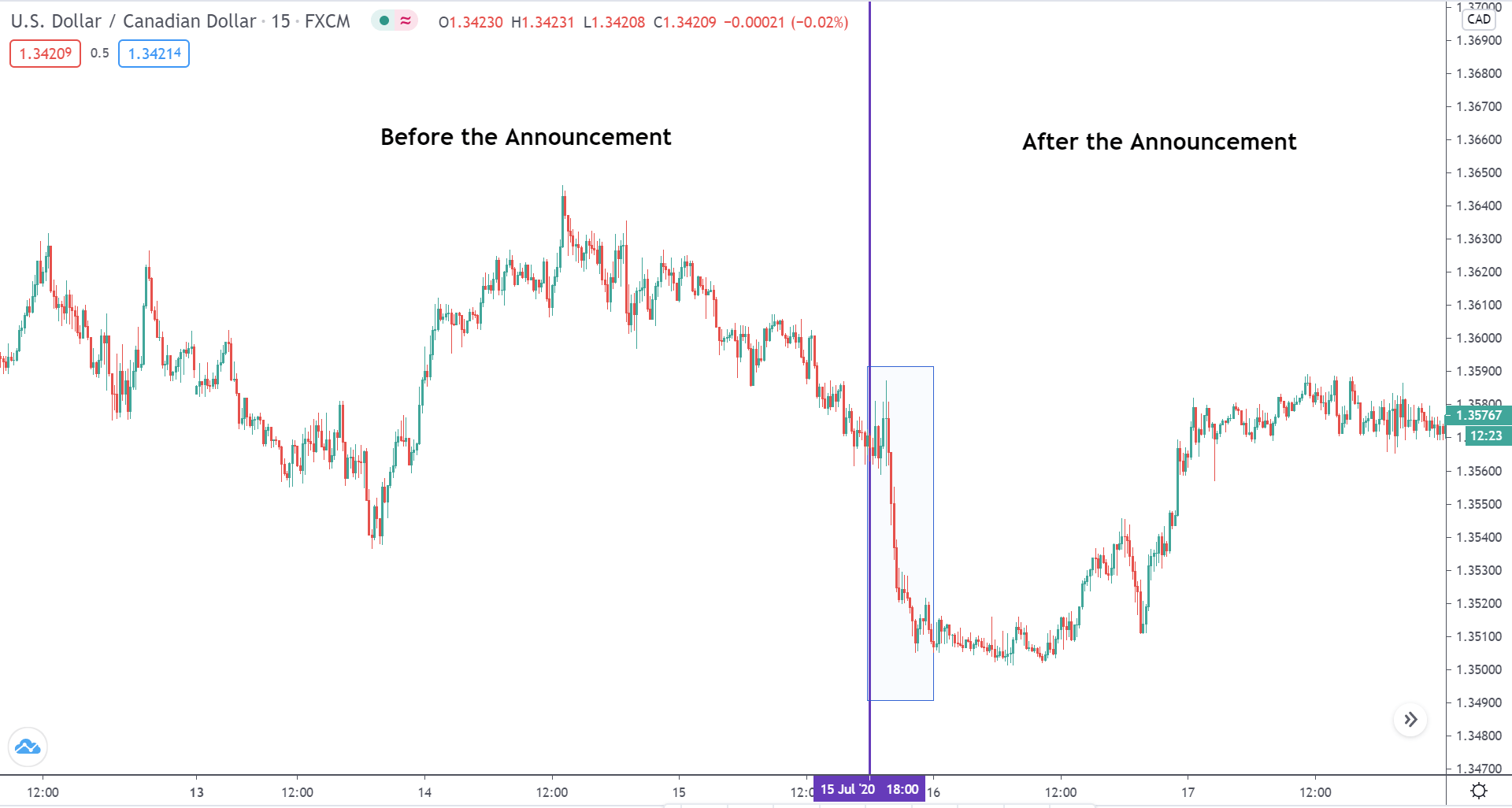 A day before the release of the Export Prices report, the market was in an uptrend, signifying NZD strength and USD weakness.

Once the news was out, the volatility of the market remained the same, despite the open of the US market. This clearly implies that NZDUSD was stayed non-impacted with the Export Prices report. However, in the subsequent day, the market reversed its direction from an uptrend to a downtrend. 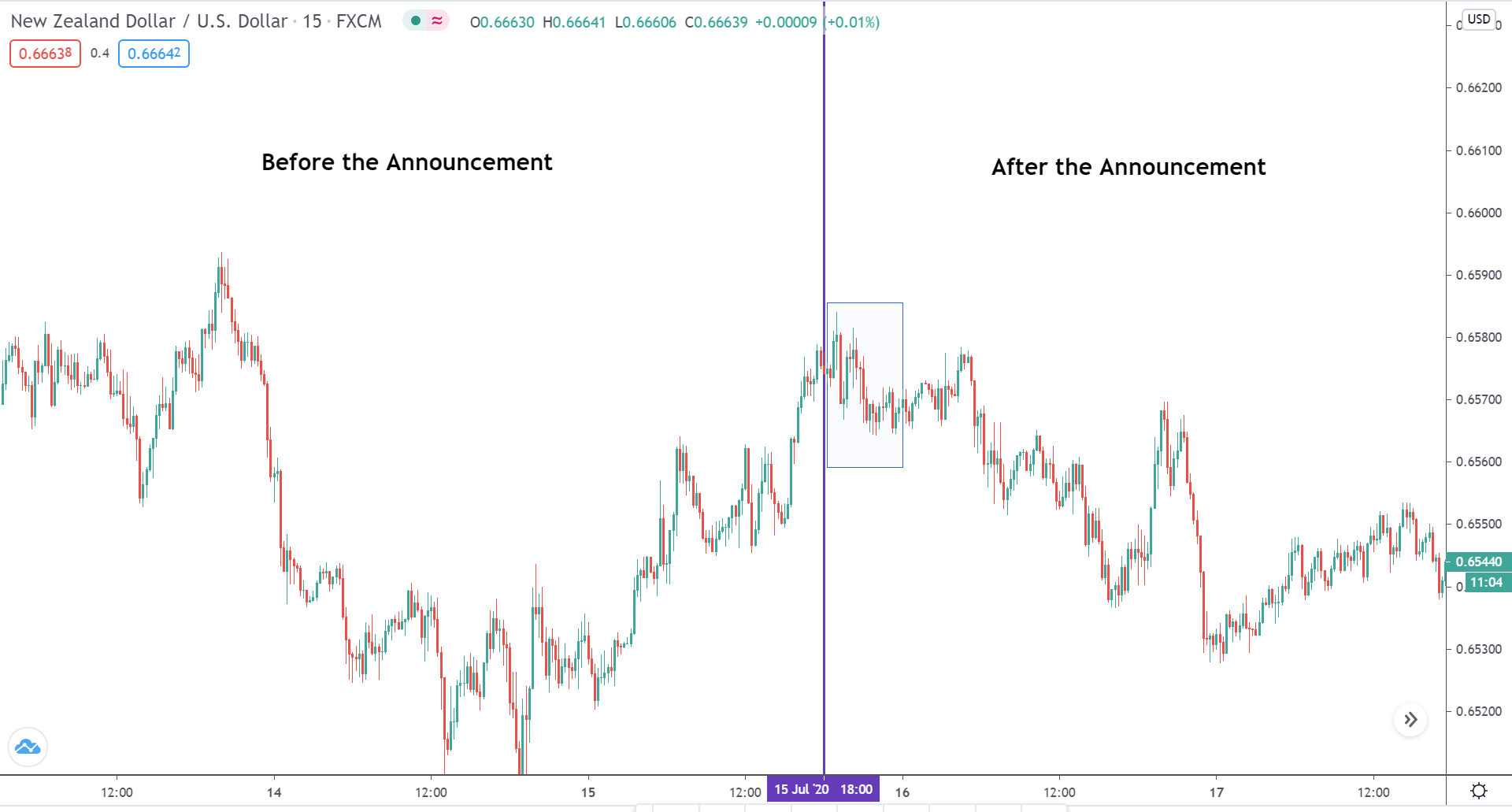 On the day of the announcement of the data, the market was in a strong bullish movement. And the time of release, the price was trading right at the supply area. 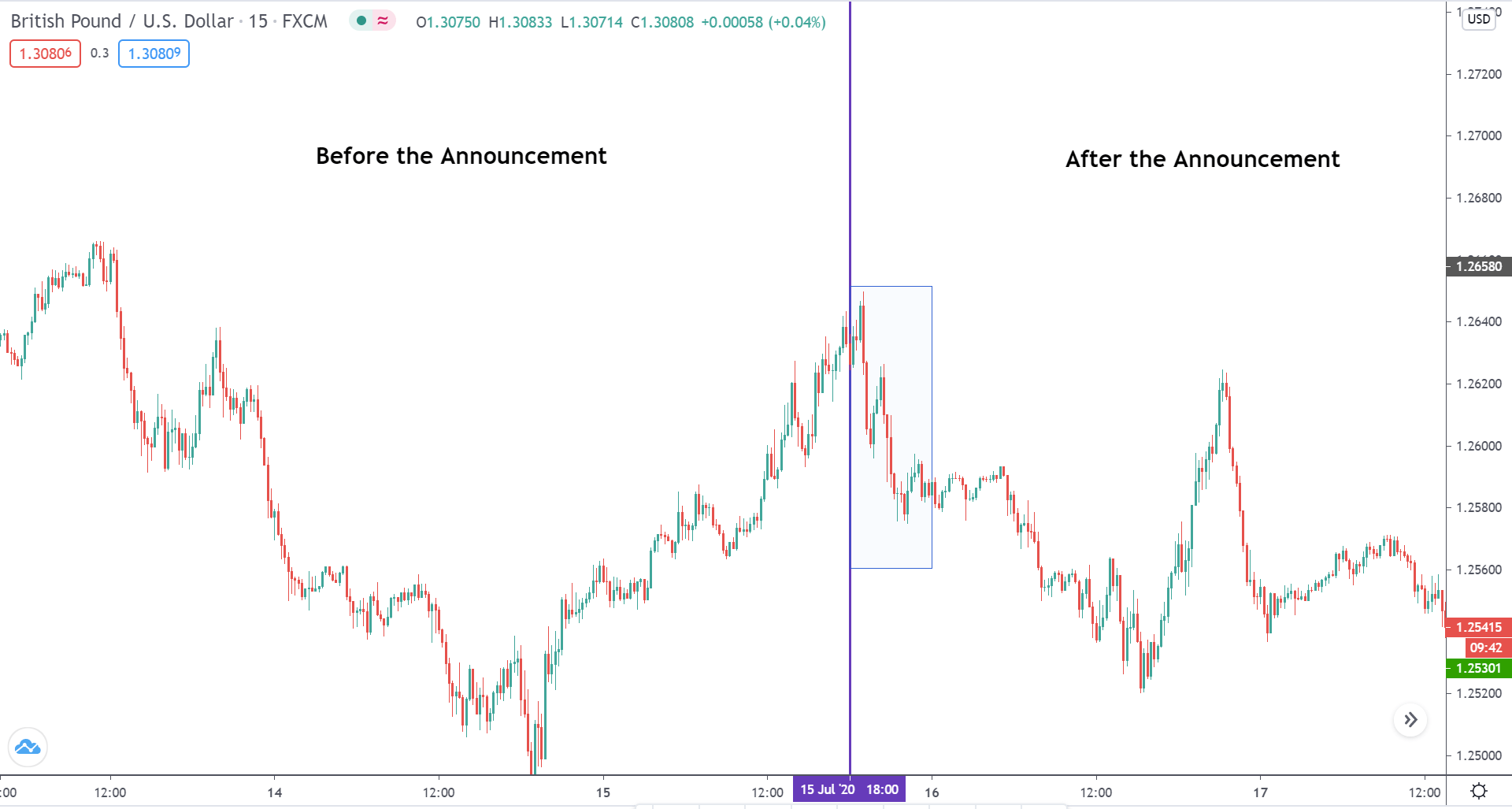 Once the board released the report, the price aggressively turned around and shot south. The reason for the down move can be accounted for the supply region, while the increased volatility could be due to the news and the open of the North American markets. Cheers!