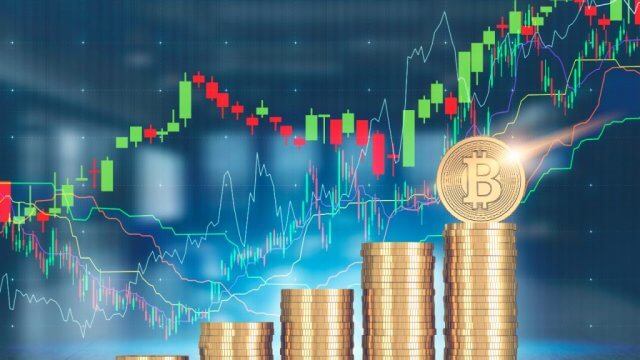 Everyone has heard of folks that became millionaires from Bitcoin trading. Of course, trading Bitcoin is no guarantee that you’re going to wake up super rich. It takes smart calculation and healthy doses of patience to realize a tangible ROI.

Now, despite Bitcoin investing being a potentially lucrative venture, many people either still don’t have the faintest idea of what it is and how to go about it, or they think it’s something beyond their reach.

We hope to change that in this article. You’ll realize that getting started in Bitcoin is easier than you think.

So, we’ll break down the steps towards owning Bitcoin, right after we understand what Bitcoin is and some important caveats that you need to be aware of before hopping on the train.

Bitcoin is the pioneer and the most successful of what’s known as cryptocurrencies. It has no physical presence – only digital, and it can be transferred electronically from one person to another, irrespective of their locations around the globe.

One of the most defining factors of Bitcoin is decentralization, which means that it’s not controlled or run by any single individual or entity. Rather, it’s maintained and secured by thousands of computers (known as nodes) all over the world. These computers are run by regular people like you and me, just like anyone can contribute to Wikipedia.

Bitcoin has a finite coin supply of 21 million, meaning once that supply is reached, normal coins will be released. The rate at which new coins are released is reduced by half at approximately every four years. The first halving was in 2012, the next in 2016, and the latest one happened in May 2020.

Despite having no physical proof of existence, Bitcoin has proven to be a very attractive financial instrument to investors. This is partly because unlike Fiat currency that is issued and controlled by governments, Bitcoin is self issuing, and its value as a currency is fully determined by people’s perception/acceptance. It’s the same thing when it comes to exchanging with other users. Users can transfer Bitcoin among themselves on a purely peer-to-peer (P2P) basis.

When Bitcoin was only starting out, anyone with a regular computer could ‘mine‘ and own the currency. But after the currency gained traction, the mining difficulty increased, rendering regular computers ineffective and necessitating the invention of more powerful computers known as application-specific integrated circuits (ASICs).

The problem is, ASICs cost a neat penny. Not just that, Bitcoin mining is now mostly done by entire mining ‘farms’ who more or less control the whole Bitcoin mining endeavor. With these odds stacked against them, the average aspiring Bitcoin investor has no choice but to purchase the currency.

What you Need to Know Before You Begin

Bitcoin is a purely internet-based currency. That, therefore, calls for entirely different approaches to security and storage. That means there are a few things that you need to know before you even dive into handling Bitcoin.

If you want to invest in Bitcoin, you’re going to need a crypto wallet, your ID credentials, a secure internet connection, and a method of payment. After assembling those things, you need to sign up at a cryptocurrency exchange of your choice. A method of payment can either be bank wire, debit card, or credit card. These are the requirements for purchasing Bitcoin from a cryptocurrency exchange, which is one of several ways of obtaining Bitcoin. Purchasing bitcoin from an exchange is one of the safest sources and because there’s virtually no chance of fraud.

Something else you should look out for is privacy and security. Privacy here means that, let it be only you that knows how much Bitcoin you own. Bragging about the size of your holdings is a bad idea. That’s because when you let the world know that you own Bitcoin, you could very well be attacked – and that means both digitally and physically.

How can you be attacked digitally? This could be a ransomware attack, a SIM swap attack, hacking, phishing attacks, and so on. As for physical attacks, there’s no shortage of stories of people that have been kidnapped and forced to give up their Bitcoin private key. A private key is like your bank account PIN. When you give up your private key, you’ve given up control and access to your funds.

Your private key should be guarded at all costs. You need to know that anytime you make a transaction, the person at the other end can see your account balance because it’s publicly available in your public address. It’s not a good idea for someone to know your account balance. So, if possible, keep any large holdings in different public addresses from the ones that you use for regular transactions.

And finally, be aware that all the history of transactions on the Bitcoin blockchain is transparent for everyone to see. What’s available, though, is public addresses. Your personal identifying information is not. Bitcoin transactions are private, but not anonymous. Indeed, Bitcoin transactions are best described as pseudonymous. Here’s the thing: anyone with enough resources and determination can, by using blockchain analysis, track down the real-life identity of the individual behind a transaction.

To counter this, various technologies have been invented to achieve complete anonymity for Bitcoin transactions. These include Bitcoin mixers.

Now that you know what you need to know, let’s go through the steps of acquiring Bitcoin.

#1. Get a Bitcoin Wallet

Unlike Fiat currency that’s stored in the bank, Bitcoin has to be stored in a cryptocurrency wallet. That will allow you to receive, send, and transfer Bitcoin. There are two main types of crypto wallets: software and hardware. Software wallets are based on the internet (including wallets provided by crypto exchanges), while hardware wallets are kept offline.

The next thing you need to do is connect your wallet to a bank account, debit, or credit card. Be aware that each of these methods has its own fees. If you use a bank account, expect to wait for at least four to five days for transactions to go through. With a bank account, you can buy and sell Bitcoin and get money deposited directly into your account. A bank account is better, security-wise, if you’re dealing with huge sums of money.

With credit and debit cards, you can buy Bitcoin almost instantly. However, most exchanges only allow you to buy crypto, and even then, there’s a limit to how much you can buy. You cannot sell Bitcoin or deposit money into your bank account if you’re using a debit or credit card.

A Bitcoin exchange is an online-based marketplace where you can buy, sell, or exchange Bitcoin. Just like there are many online markets for regular products – Amazon, eBay, and Alibaba, you’ll also find a variety of Bitcoin exchanges.

Different exchanges have different reputation, reliability, user experience, pay structure, exchange rates, and the available cryptocurrencies for trading. Before you stick with one, look around. Here are some of our recommendations.

Coinbase: This is US-based crypto and one of the ‘mainstream’ exchanges. It supports Bitcoin, Ethereum, Litecoin, Tezos, Ripple, EOS, cryptocurrencies.

Binance: At the time of writing, Binance is the world’s largest crypto exchange by volume. It also supports the majority of the major cryptocurrencies. Unlike many exchanges, Binance charges a 0.1% fee for all trades.

Square Cash: This is an app exchange by online payments company Square. The app is mighty convenient for users of the Square platform. The app aims to enable users to buy and sell Bitcoin as quickly and as frictionlessly as possible.

After signing up at your preferred exchange, you’re now set to purchase Bitcoin. Congratulations. Even if you can’t afford one Bitcoin, which goes for several thousand dollars, thou shalt not fret. You can still purchase Bitcoin in its small, infinitesimal divisions called Satoshis.

Other ways to Acquire or Invest in Bitcoin

We’d be remiss if we didn’t mention the other ways apart from exchanges through which you can acquire Bitcoin. Some of these include:

Bitcoin ATMs: These are kiosks that allow you to buy or sell Bitcoin. As of July 25, 2020, Coin ATM radar indicates that there are currently 8805 Bitcoin ATMs in 73 countries.

Bitcoin Futures: For the more experienced investors, Bitcoin futures are another way to get involved in Bitcoin.

Mining: If you can afford ASICs, then you can absolutely join a mining pool and start earning Bitcoin.

Now that you have a grasp of how to own Bitcoin, you’re better prepared to start investing. Remember to do thorough research on any crypto exchange before you sign on. Read reviews, look at the supported currencies, and so on. Also, remember Bitcoin’s price is uber unpredictable, so only invest money that you can afford to lose.