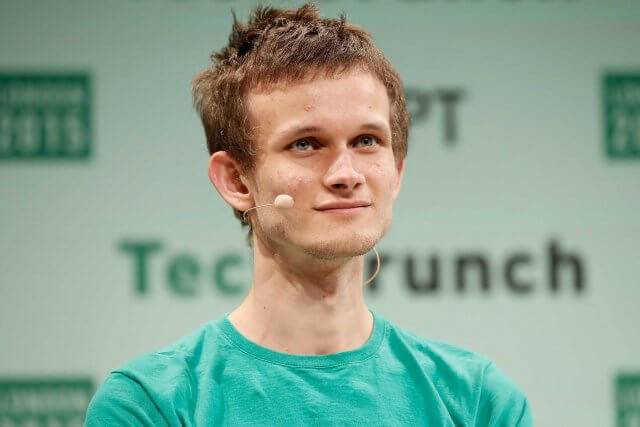 The name Vitalik Buterin is perhaps the most recognized in the blockchain and cryptocurrency world, after Bitcoin’s pseudonymous Satoshi Nakamoto. Buterin, 26, is one of the people who has made groundbreaking contributions to this space. He pretty much changed the face of cryptocurrency and blockchain by introducing Ethereum – a tour de force that unleashed the true power of blockchain.

Countless revolutionary projects now run on top of Ethereum, ranging from identity to entertainment to cryptocurrency wallets to crowdfunding. Vitalik first described Ethereum  in November 2013, calling it “a culmination of months of thought and often frustrating work into…” cryptocurrency 2.0″ – in short, using the Bitcoin blockchain for more than just money.”

So, what’s the story of Buterin? Let’s explore his journey through childhood, through Ethereum’s creation, and now.

Vitalik Buterin is known to the tech world as the crypto wunderkind who created the blockbuster blockchain and cryptocurrency project Ethereum at only 21 years old. A Russian-Canadian programmer, Vitalik has been active in the Bitcoin and crypto community since 2011. His involvement began as a writer for Bitcoin Magazine, which he co-founded.

At the time of writing, Vitalik’s Ethereum is the world’s second most successful and recognized cryptocurrency after Bitcoin. It has a market cap of 35.6 billion – which makes up more than 90% of the altcoin market.

Vitalik was born on Jan 31, 1994, in the small town of Kolomna, Russia. He lived in Russia until age 6 when his parents moved to Canada in search of better work opportunities. By the time he was in third grade, his teachers had noticed that he possessed some remarkable talents. He was then quickly moved to the program of gifted kids.

Once in the program, Vitalik began to realize that his particular sets of talents made him a bit of an oddity among his peers. These talents included a natural predisposition for math and programming, an early interest in economics, and the uncanny ability to add three-digit numbers in his head twice as fast as the average person.

As he told Wired, “I remember knowing, for a while, for a long time, that I was kind of abnormal in some sense,” adding “When I was in grade five or six, I just remember quite a lot of people were always talking about me like I was some kind of math genius. And there were just so many moments when I realized, like okay, why can’t I just be like some normal person and go have a 75% average like everyone else.”

Vitalik’s involvement in cryptocurrency can be pointed to two events: his being introduced to Bitcoin by his father and his own realization that centralized systems were plain horrible. He was a longtime fan of Blizzard’s World of Warcraft, until, he says, the company “removed the damage component from my beloved warlock’s Siphon Life spell. I cried myself to sleep, and on that day, I realized what horrors centralized services can bring.” Even as a kid, Vitalik always had a ‘cartoon mentality’ of centralized institutions ‘just being plain evil.’

But Vitalik didn’t take up Bitcoin immediately. After hearing about it from his father, he first dismissed it was a fad with no intrinsic value. But he chanced upon it a second time, after which he began to develop more interest. After reading up about it, he wanted to grab some so that he could participate in this experimental currency. But he neither had the money to buy it nor the computing power to mine it himself. So he scoured online Bitcoin forums and found someone willing to pay him 5 Bitcoins for contributing to a blog.

This work caught the attention of Romania-based Bitcoin enthusiast Mihai Alisie, whom he would later co-found Bitcoin Magazine with. Vitalik would soon be juggling the role of head writer at the magazine, his computer science lessons at Waterloo University, and as a research assistant for cryptographer Ian Goldberg.

As he continued researching Bitcoin, he decided to attend related real-world events. In May of 2013, Vitalik traveled to San Jose for a Bitcoin conference that completely changed his view on crypto. There were attendees from every corner of the globe, booths everywhere showcasing hardware wallets, payment gateways, Bitcoin ATMs, and so on. Being present in this living, breathing moment impressed on him that the Bitcoin and crypto movement, in general, was real after all. “That moment really crystallized it for me. it really convinced me that, hey, this thing’s real and it’s worth taking a risk and jumping into.”

That very semester, he ended his classes at Waterloo. Instead, he hunkered down to look for a substantial way to contribute to this burgeoning, exciting movement. After further research, he realized that many people were going about “Cryptocurrency 2.0”, or the next stage for blockchain tech, the wrong way. All projects were trying to improve on Bitcoin by adding new layers of application. “I discovered that they were doing this sort of Swiss army knife approach of supporting 15 different features and doing it in a very limited way,” he told Wired.

How Ethereum Came to Be

Vitalik soon discovered that the blockchain could be designed to support every kind of imaginable digital service. On the blockchain, these services would interact with each other frictionlessly. This is how the idea of Ethereum was born. As for why the name Ethereum, Vitalik explains, “I was browsing a list of elements from science fiction on Wikipedia when I came across the name. I immediately realized that I liked it better than all of the alternatives that I had seen; I suppose it was the fact that it sounded nice and it had the word “ether” referring to the hypothetical invisible medium that permeates the universe and allows light to travel.”

Vitalik would go on to sketch his idea out into a whitepaper, which he then sent to several of his friends. Those friends then sent it to their friends, and soon, many people reached out to him with unexpectedly positive reviews of the idea. “When I came up with Ethereum, my first thought was, okay, this thing is too good to be true and I’m going to have five professional cryptographers raining down on me telling me how stupid I am for not seeing how stupid I am for not seeing a bunch of very obvious flaws,” he narrated. As it turned out, however, his idea was perfectly sound.

Two months later, he attended another Bitcoin conference in Miami, where he met some of the people who really liked the idea. (Some of these were crypto enthusiast Stephan Tual, entrepreneur Anthony Di Iorio, Bitcoin investor Joseph Lubin, and programmers Gavin Wood and Charles Hoskinson). There, he described Ethereum to the conference, receiving a standing ovation and having a horde of investors lining up to talk to him after the speech. Around the same time, Vitalik received a Thiel Fellowship grant of $100,000.

In the following months, Vitalik and his group of friends decided to raise money for the projects via a crowd sale of Ether, from which they managed to raise 31,000+ Bitcoins (worth around $18 million at the time). (However, the team made the mistake of storing the money in Bitcoin. Soon after, the price of Bitcoin tumbled, causing the team to lose a lot of money). Still, they had enough money to set up the Ethereum Foundation, which up to today oversees the development of Ethereum.

Ethereum Comes to Being

The foundation then got busy working on Ethereum. Before the official launch of the network, the team test ran several prototypes of the network, the last of these being ‘Olympic.’ Multiple bug tests were also run to help identify any vulnerabilities in the system. In July of 2015, Ethereum went live.

Vitalik has also been involved in a few other crypto-related ventures such as pybitcointools, multisig.info, Dark Wallet and KryptoKit, and Egora.

Buterin is the recipient of several high-profile awards, including Forbes’ 2018 30 under 30, Fortune’s 40 under 40, World Technology Award in the IT Software Category, 2014.

Quotes By Vitalik on Ethereum and Blockchain

“The thing that I often ask startups on top of Ethereum is, ‘Can you please tell me why using the Ethereum blockchain is better than using Excel?’ And if they can come up with a good answer, that’s when you know you’ve got something really interesting.” Source

“The main advantage of blockchain technology is supposed to be that it’s more secure, but new technologies are generally hard for people to trust, and this paradox can’t really be avoided.” Source

“The idea that we can separate this economy where we micro-tokenize and let people have their own micro-ownership, I think that is definitely a very interesting and promising idea.” Source