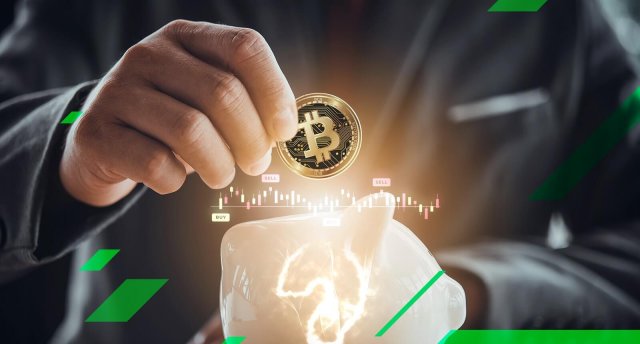 Bitcoin Cash (BCH) is a cryptocurrency created in 2017 as a result of attempts to improve the performance of Bitcoin. BCH was spun off from Bitcoin (BTC) – the original cryptocurrency.

The idea of forking one crypto from another is not strange. However, what makes the BCH spin-off noteworthy is that the fork involved an update to Bitcoin Core. Whereas some nodes accepted the update, others declined. Those that accepted the update formed the BCH network. The number of Bitcoins that each node had in their Bitcoin wallet at the time of the fork was duplicated on their BCH wallet.

The main motivation for starting the Bitcoin Cash project was to make Bitcoin more transactional-friendly. In other words, the pioneers of Bitcoin Cash were of the opinion that Bitcoin transactions took too long to settle; hence, it was better suited as an investment tool than a transactional currency. That was a good observation, but stakeholders widely disagreed on how to make these enhancements on the original Bitcoin, and that’s how Bitcoin Cash came to life.

This article explains what Bitcoin Cash is and evaluates whether it is worth investing in it.

How Is BCH Different from Bitcoin?

Considering that Bitcoin Cash is a fork of Bitcoin, one would expect striking similarity between the two. In fact, many crypto enthusiasts have described the former as nothing more than a newer version of the latter. So, are they one and the same thing? Well, not quite.

As earlier mentioned, the pioneers of Bitcoin Cash wanted Bitcoin transactions to be settled as fast as possible – just like traditional payment methods. The solution to this problem was to increase block sizes so that each block could accommodate more transactions. So, fundamentally, the difference is the block sizes.

Nevertheless, the following are the notable differences between the two. Some came about as a result of increasing the block sizes and the sequence of events that were set in motion.

BCH proponents believe that these differences give Bitcoin Cash an edge over Bitcoin.

BCH seems to address most of Bitcoin’s challenges, making it seem more appealing. However, it is not without fault. The following are some of its notable disadvantages:

Bitcoin faces scalability challenges, and investors are increasingly showing optimism that BCH will save the day. But before investing in Bitcoin Cash, you need to find an exchange where you can buy and sell BCH and a secure wallet to keep your crypto. These two quick tips below will help you get started:

Now that you know where to buy your BCH and where to keep them safe, you can confidently join the club of BCH investors.

Remember that BCH was created purposely as a transactional currency and not for long-term storage of value like stocks. This means that hoarding a large volume of BCH waiting for its value to grow might not be a wise thought. Nevertheless, you can still make some profit through buying and selling BCH. The idea is simple – you buy at a low price and sell when the price goes up. However, you will realize that this is a double-edged sword when you buy at a low price, and the price continues to drop even further.

Coinbase is one of the best exchanges to buy and sell BCH since it offers a wide variety of exchange pairs. eToro is also worth considering as it facilitates social trading. Social trading allows you to learn trading from experts who are currently trading on the platform. So, you have a chance at trading profitably even if you have no experience.

There is no magic formula for getting this right. However, you might want to play around with exchange pairs to find the best margins. For instance, if BCH/USD has low margins, you could try exchanging your BCH with BTC instead.

Mining cryptocurrencies is one of the ways one can generate revenue. It is, however, not for the faint-hearted. Just as is the case with Bitcoin, mining Bitcoin Cash requires mining rigs, which are special computers designed specifically for that purpose. You can get an Antminer R4, which is among the most powerful, at about $1,000. Antminer has a processing power of roughly 8.6TH/s (trillion calculations per second). You also need to prepare for huge power costs as this machine is rated at 845W.

According to Bitinfocharts.com, mining Bitcoin Cash at 1TH/s earns an average of $1.35 per day. So, you’re looking at returns of $10.8 per day for the sort of investment above.

Overall, mining Bitcoin Cash is not the most lucrative of all alternatives, but at least you are guaranteed some returns.

Bitcoin Cash is among the new cryptocurrencies. It is fast gaining popularity, making it worth considering for investment. It is cheaper than Bitcoin and allows faster transaction settlement. On the flip side, BCH is not yet widely accepted by investors. This makes it harder to find convenient trading pairs.

Also, if you’re looking to invest in mining Bitcoin Cash, it isn’t as profitable as mining Bitcoin. If you’re considering investing in BCH for the long term, please understand that you will only make a profit if people want to buy BCH, more than they want to sell. So, if you are optimistic about this crypto’s steady growth, go forth in confidence and join the club of BCH investors.