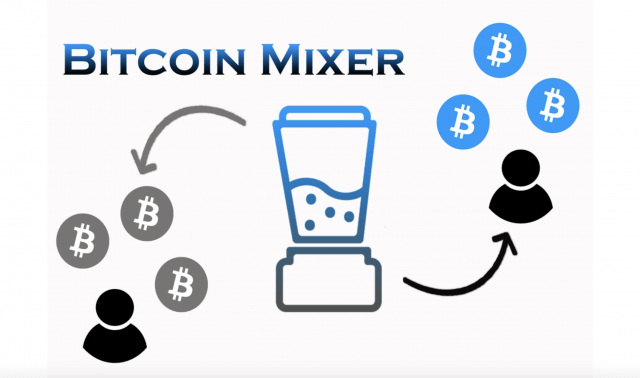 As you transact on the Bitcoin blockchain, sooner or later, you’ll come to realize that while your transactions are not entirely linked to your identity, your Bitcoin address, which is public, and your history of transactions can be used to piece together your real identity.

Obviously, this is not a very heartening fact since everyone would ideally conduct their transactions confidentially. While this may be so, many Bitcoin users are not aware that they can add an extra layer of privacy for their Bitcoin transactions.

One excellent way to do this is to use a Bitcoin mixer, which is a service that ‘mixes’ your coins with other users’ coins in a manner that the origin of each of the coins is completely obfuscated, securing your privacy.

What Exactly are Bitcoin Mixers?

Also known as tumblers, blenders, or shufflers, Bitcoin mixers are solutions that allow users to mix their coins with other users’ coins in order to protect their privacy.

As you already know by now, Bitcoin addresses are pseudonymous, meaning while they don’t tie your Identifying information to transactions, a determined person can piece together a transaction trail to the owner of a particular address. Every time you move funds, you risk revealing a great deal of your personal information, from how many coins you own, how you spent them, and so on.

This is where Bitcoin mixers come in. The idea behind mixing coins is to throw off, or so to speak, anyone who might be trying to follow your transactions. By mixing your coins with other users, you can blur the ties between your Bitcoin address and your real-life identity.

How do Bitcoin Mixers Work?

To illustrate how a Bitcoin mixer works, imagine blending a fruit drink. Every fruit that goes in there is like a Bitcoin address. When the drink is done, you can’t really tell which fruit is responsible for which flavor. Just as much, when you mix your coins with other users’, no one can tell which coins originate from which address.

Today we have a range of Bitcoin mixers: from centralized to decentralized solutions to others that use privacy coins as part of the process. Below, we’ll take a look at two of the most popular solutions available, mainly centralized mixers and Chaumian CoinJoin mixers.

These are mixers that accept Bitcoin in return for sending back different coins. The more the users use this service, the more difficult it is to tie the “incoming” coins to the “outgoing” coins.

Centralized mixers, however, have certain shortcomings. When you deposit your coins in such a mixer, you surrender control of your coins. It’s very conceivable that such a mixer can refuse to return them.

Another problem is since the mixer knows who sent and received which coins, they can easily re-establish the actual identity of coin holders. If they share this information e.g., when compelled to by law enforcement, users stand to lose their privacy.

Then there’s the issue of data. Centralized coin mixers usually get access to information such as user activity, IP and Bitcoin addresses, and so on. Ideally, mixers should delete information logs like these in the spirit of privacy. However, you can never know if a mixer follows through with this.

And finally, centralized mixers can be easily located by law enforcement and forced to shut down. BestMixer is one such mixer that was shut down by Dutch authorities.

These are mixers that allow a large group of users to pool together their coins as one large payment to themselves. For instance, 100 users will send 0.1 BTC to a new address, and then merge them to become one big transaction. Everyone will get 0.1 BTC back, but this time, no one can tell where each BTC originated from.

Mixers that use the CoinJoin implementation can be designed in a manner that not even they can figure out where each transaction went where. Also, it’s impossible for these mixers to refuse to release the coins since users will not sign the merged transaction if they didn’t get their BTC back.

What Are Some Popular Mixers?

There are reliable wallets that have made a name for themselves in this space, and we’ll take a look at some below.

There are legal mixers that have been shut down by authorities as they were perceived to promote illegal activity like money laundering.

Centralized mixers, which make up the majority of mixers, are particularly prone to being banned, since they have a single point of attack.

What Are Some Use Cases for a Coin Mixer?

The case for a Bitcoin mixer might be compelling, but you may still wonder when at all to use one. Of course, a Bitcoin mixer is useful whenever you’re transacting in Bitcoin for the sake of safety and an extra layer of security. These scenarios should give you an idea of when a Bitcoin mixer would be useful:

Why Should You Use a Bitcoin Mixer?