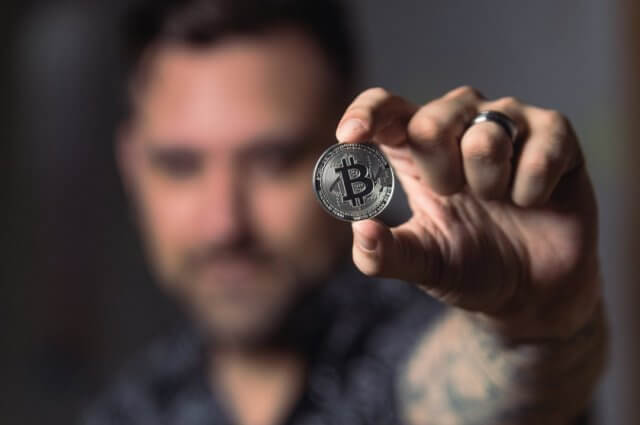 Bitcoin is a crazy beast! It’s had some huge ups and downs over the past few years for those that are trading it as well as those that are simply holding it. Much like many things in life, we know a lot more now than we did a few years back, and there are things that we know now that we absolutely wished that we knew back then. That is what we are going to be looking at today, 10 things that we wish we had known about Bitcoin all those years ago.

Many people said it, yet a lot of the people that stated that Bitcoin would hit those prices did not put their money where their mouth is. Unfortunately, I was one of those people. I told others that it would go that high, others bought in because of what I said, yet I did not. I simply said it but did not do it. That was a huge mistake, especially as I had some bitcoin from back when they were worth about $10, I also had some when they were worth $6,000. Now that they are worth over $30,000, I have none. So I wish I had taken my own advice and bought in. A really tough lesson, but a good one.

There Are No Bull or Bear Markets (Technically)

This may sound strange, but if you look at bitcoin as a whole, there is only a bullish market with pretty much no bears. The problem is that most people look at the short term, what is happening now, and I have done the same thing. I have seen drops and I have sold, rather than looking at the big picture. When we look at long term trading, then the markets have only moved up, meaning that if we buy at any point in bitcoins history, we would now be making money. Even if we bought at the previous all-time highs, which people said was a stupid thing to do, at the time yes, but overall no. the markets are bullish, and probably will be for years to come.

Don’t Believe Everything You Hear

People say a lot of things. Some may turn out to be true, while others can be completely made up. The crypto and Bitcoin world is full of people saying things. If you believe it all you will be buying and selling every minute. Instead, you need to find sources that give good and accurate information. Easier said than done, but it is possible, do not listen to social media, which is simply full of people shouting about anything they want without any real evidence behind it.

We often see things about people selling their homes to buy bitcoin. We all called them an idiot, but now, they are pretty darn rich…but they are still idiots. People risk all sorts of things on hopes and dreams, some work out others don’t. Just because someone made a lot of money with bitcoin does not mean that they aren’t idiots.

A lot of people are scared of volatility and there is a lot of it when it comes to Bitcoin, but it is also the volatility that makes it so profitable. I was a little scared of the volatility, the fact that I could very easily lose my money, but instead I should have been looking at the opportunities that it was presenting me. I should have used that volatility to help increase my accounts and to look at it as a good thing rather than the bad that I did.

Learn From the Mistakes

Mistakes are there as a brilliant learning tool, one that should always be used. Unfortunately, it is not something that I used. Instead, I committed the same mistake multiple times, to the horror of my account balance. Of course, eventually, I did learn from them and no longer make them, but I should have known that I needed to learn straight away. If you make a mistake, be sure that you learn from it and don’t commit the same mistakes over and over.

While it looks very similar and uses the same brokers and charts, the way that you trade bitcoin varies a lot when you compare it to forex trading. Again, this is something that I did not realise straight away. When I began trading it, I traded it with the same strategies and this led to a lot of losses. Bitcoin simply does not follow the same fundamentals or systems that forex trading does, so you need to adapt, and need to create your own strategy that better suits the way that bitcoin moves.

Something that I learned a little down the line was that the Bitcoin markets are not entirely their own thing. They can be massively influenced by a number of large traders, they can freeze the price or help to push it up, so when you see huge movements from different wallets. This can give you an idea of what may be about to happen. I never took any notice back then of huge sell-offs or huge buys, but if I had I would have made a lot more and prevented some of the losses that I had.

A few years back it was not quite as easy to get access to bitcoin, to buy it, or to trade it. However, it wasn’t anywhere near as hard to get than I thought it was. There were many more brokers offering it. I was simply sticking to the major brokers, ones that offered it with pretty high spreads. Instead, I should have been looking for more specialist brokers, the ones that are focusing on cryptocurrencies. There were quite a few of them around and they offered much better trading conditions.

There Is A Lot of Dead Hype

Hype is all around when it comes to cryptocurrencies, especially Bitcoin. Everywhere you look you will see people hyping up the price or what will happen. The problem is that a lot of this hype has come from nothing. There is nothing fueling it. The next big bull run is tomorrow, next week, the month after, there will be hype and rumours about it pretty much all the time. You need to be careful what you listen to and which bits of hype you listen to. Certainly don’t believe everything that you hear.

Those are 10 things that I wish I knew earlier about Bitcoin, some when I look back are pretty obvious and I should have known, but we often get caught up in the moment and I certainly did. There are probably other things that I should have known or done, but that is the past, it is now time to look to the future and what can be achieved from here, using what I have learned.