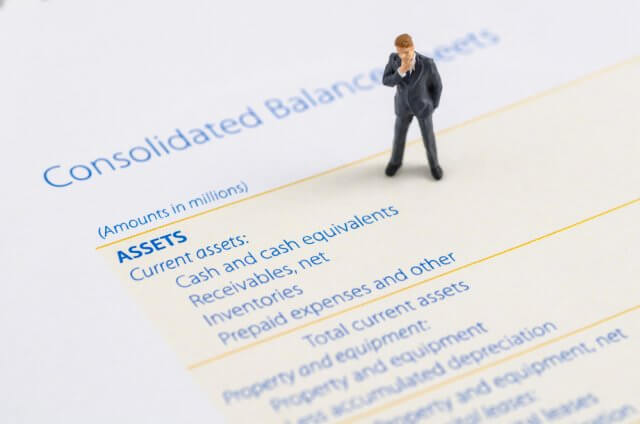 Banks Balance Sheets are useful to ascertain the financial performance of the banks; this is correlated as an economic indicator when the bank in question is the Central Bank of the nation, for example, The Federal Reserve Bank of the United States. A Bank’s Balance Sheet can help us analyze its financial activities in terms of how much money has gone in and out of the banks and in what form, which can have different consequences on the economy. Hence, Analyzing a Bank’s Balance Sheet is useful for investors and also for our fundamental analysis.

What is Bank’s Balance Sheet?

A Bank’s Balance Sheet is a comprehensive summary of its total assets and liabilities. Assets here refer to financial instruments that BRING-IN revenue and liabilities refer to those for which the Banks need to pay off.  In simpler words, assets are what the bank “OWNS” and liabilities are what a company “OWES.”

Banking is a highly leveraged business. Banks make a profit solely out of the interest they receive on the lent out loans and the interest they pay out on the money deposited into their banks. Depositors would typically be general populations opening a savings account for their income and business firms having current accounts usually to maintain and run their holdings.

A Bank’s Balance Sheet has two important categories that divide the entire data, i.e., Assets and Liabilities. For the common man, liability would be a home loan which takes away a portion of his income and an asset would be the home itself on which he may or may not receive rent.

Banks are to follow mandates as dictated by the Central Banks to maintain a certain amount of their total deposits as reserves, which cannot be used to lend out loans in order to maintain solvency during critical times. This mandate also makes sure banks maintain enough cash to meet the withdrawal demands daily at all times.

For the common man, a loan would be a liability, but for a bank, it is an asset as it brings in revenue in the form of interest. Banks can give credit to the general public, business firms, or even government through bonds. A loan is one of the primary sources of a bank’s income, and the proportion of loans to deposits can make or break a bank when they do not balance out.

Excess loans and fewer deposits can result in insufficient funds to meet withdrawal needs, and excess deposits can eat away the profit margin as the fewer loans do not generate enough revenue to balance out deposit rate amounts.

The liquid money that the banks maintain to run everyday operations and to show healthy solvency is the most precious of all assets as they can be traded without any loss of value directly without any lag.

Banks often purchase securities like the Treasury Bonds for which they receive interests regularly, which adds to their total assets.

Banks of decent size and scale often diversify their assets by purchasing fixed assets like real estate or gold deposits, which appreciate over time and match up with inflation and act as alternate forms of their other assets.

Banks are also required to maintain a certain proportion of balances in Central Banks.

Money deposited by customers who can be people or business organizations.

Money owed to Other Banks

Banks lend each other money in the interbank market when they are either excess or short of their reserves.

People owning bonds of banks receive money from the bank, and this generally includes shares and dividends that banks need to pay out as per bond agreement.

Money that belongs to people who invested during the start of the company and helped it run.

In our context, we need to see the Central Bank’s Balance Sheet, which tells us what open market operations are being conducted by them, which can give us clues about the money circulation conditions in the economy. Since Money Supply metrics like M0, M1, M2 all originate at the Central Bank of a country, their actions and mandates can have a ripple effect in the entire banking system of the nation.

Hence, Central Banks are at the very heart of the Money Supply of a country. With their operations, they can pull out money from the economy or push new money into the system to ensure a smooth run of the economy.

How can the Balance Sheet numbers be used for analysis?

Central Bank activities have a direct influence on inflation and deflation. The Federal Bank in the United States for the past few years has been an active purchaser of bonds as part of the Quantitative Easing Programme, and this has led to a low-interest-rate environment and inflationary conditions. When the Fed releases money into the system on such large scales, it allows banks to lend more money to people and thereby to stimulate the economy. Withdrawal of money by selling their bonds could result in deflationary conditions likewise.

Besides this, what bonds the Fed purchasing is also important, as they have been continuously buying the government bonds to transfer government debt onto themselves, to help the government-run and be able to pay their interest bills in this low-interest-rate environment.

The Central Bank’s Balance sheet as a percentage of GDP is just another form of Government debt to GDP ratio, with the only difference being here the debt is owed to the Central Bank. When the debt of government goes beyond 80%, here the only viable choice is to maintain this inflationary condition and low-interest-rate environment.

A decreasing percentage of balance to GDP indicates a growing economy and strengthening of the currency, and an increasing proportion of the same shows an oncoming recessionary period, which is depreciating for the economy.

In the United States, the Fed’s Balance Sheets are released on Thursday at 4:30 PM every week. Their balance sheet is included in the Federal Reserve’s H.4.1 statistical release titled, “Factors Affecting Reserve Balances of Depository Institutions and Condition Statement of Federal Reserve Banks,” available on the official website.

There are also quarterly reports available for the same, measured as a percentage of GDP in the St. Louis FRED website, which is also a useful tool to monitor the bank’s activity.

The news announcement of this fundamental Forex driver doesn’t have a great impact on the price charts. But we can look at the numbers of Government Debt to GDP ratio as mentioned above to trade the market. Cheers!