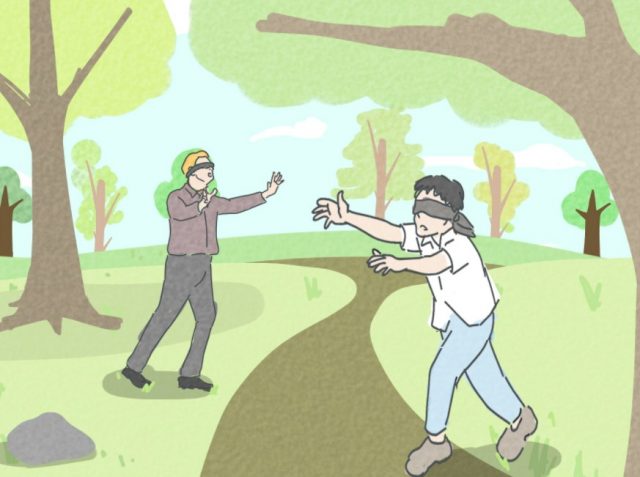 Traders believe if they need to trade the forex market, they need to keep up with the – news, fundamental analysis, you must check the various reports, read the currency articles, and then finally use the technical analysis where all the type of indicators are available for you to master them then only start the trading. If you want to avoid these things, then there is another way for you. Price action trading is a simple and effective method you can use to trade the markets successfully. Here you don’t need to master the fundamentals or indicators, instead focus purely on what price action is saying.

Price action explains the market movements via the chart patterns, candlesticks, and by using the trend lines. The formations of the trading patterns are the direct result of how the collective traders thinking about particular situations, in short, the perceptions of the collective consciousness forming these patterns on the price chart. Each trading patterns have some meanings and traders who master these patterns use them for trading the market successfully.

DEFINING THE SUPPORT AND RESISTANCE LEVELS

The concepts of support and resistance are the highly discussed attributes of the technical analysis. Almost every trader around the globe knew about support and resistance trading. A support level tends to acts as a barrier to price action. It is a level where the price action can be expected to pause due to the demand. Most of the retailers use the support area to buy the asset. Support levels are mainly derived from the memories of the traders. For example, traders always check on the historical price data to find out the significant support levels. These are the levels from where the last time prices respond, and by using that level, they placed the buy orders with the expectations of the price reversals. The more closer the price action is to the support level, the bigger the demand will be. Always look for the significant support levels on the price charts to take trades; major support levels are where the higher timeframes gave reversals in the past.

The price action traders use chart pattern trading. Over time professional traders find out the patterns on the price chart, which reflects the psychology of the buyers and sellers. These patterns become the most popular and leading way in the industry to trade the markets. All you need to do is to interpret these patterns very well to use them. Most traders made mistakes where they jump into the half-formed patterns and end up on the losing side. In the markets confirmations of the pattern is very crucial to make any trading decision.

A flag is a technical chart pattern that appears in a strong uptrend. It is a continuation pattern that consists of a long pole and a downside flag. It is named because of the way it reminds the viewer of a flag or a flagpole. The pattern is used to take the trade with the trend, or it is useful to time your trades. In an ongoing trend, wait for the prices to pull back enough, after that draw the two lines above and below the price action to draw the pattern. The bottom of the pattern should not exceed the midpoint of the flagpole and wait for the breakout to take the trade. In buying trade, stops should be below the entry and go for a brand new higher high.

All of the triangle patterns are only useful to trade after the breakdown or breakout. The price inside the patterns gave no signal of which side they are going to break, so it is better to wait for the breakout to make any trading decision. 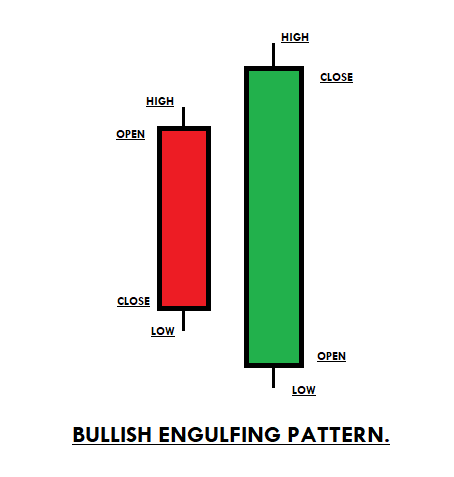 A shooting star is a bearish candlestick pattern that opens, advances throughout the day, and then closes near the open of the day. In short, it is a long upper shadow, the small body which indicates the selling trades. The pattern opens in an uptrend indicates the buyers are strong, goes higher but closes back at the opening price shows the sellers pressure.

A morning star is a three candlestick pattern that appears at the end of the downtrend. It is a reversal pattern that shows the buyers were first in control and the second candle was the fight between both parties and the third candle was green in colour which indicates the buyers won the battle and they are ready for the brand new higher high. Entry should be at the closing of the pattern and ride the uptrend until there are indications of another reversal. 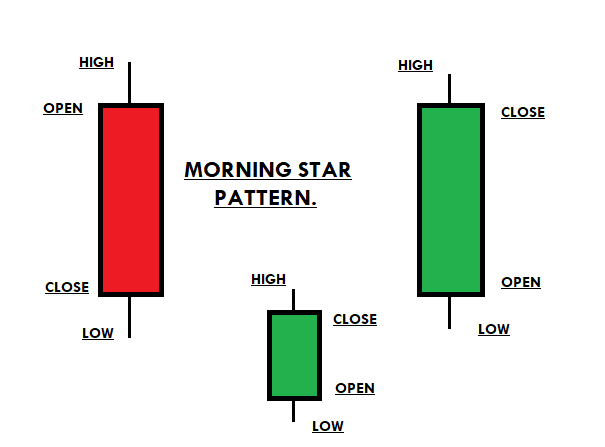 Dragonfly is a bullish reversal pattern that indicates the beginning of an uptrend. The pattern consists of a long lower shadow, which means sellers tried to take the prices down, but the buyers came back and closed the prices the same as the opening price. The unique name “Dragon Fly” means the buyers are very aggressive, and now they are all set to print the brand new higher high. Traders should wait for the next candle to close above the lowest price of the previous candle to confirm the Dragonfly pattern. The stop loss should be below the candle, and for taking profit go for a brand new higher high. The pattern doesn’t occur frequently, but when it happens, it often ends up giving more significant buying trades. 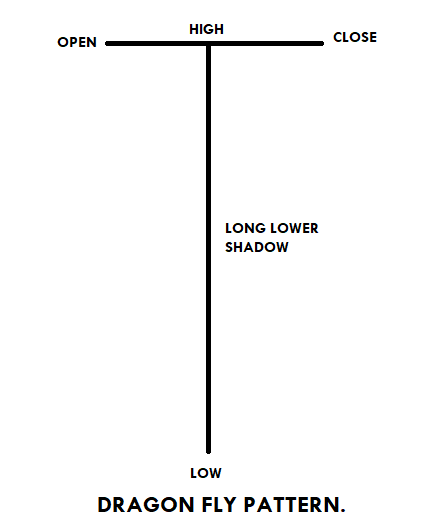 A fake breakout happens when the price action breaks the major level and comes back again. When the fake breakout occurred, if you witness any candlestick pattern, then that’s a good sign for you to take the trade in the direction of the established trend.