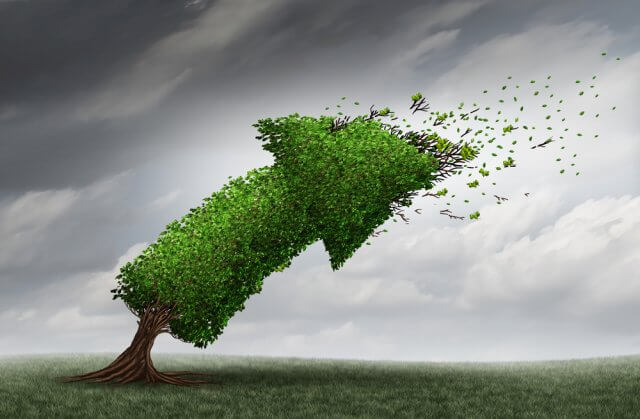 We use the following technical indicators for the strategy:

This strategy is applicable to most of the currency pairs listed on the broker’s platform. However, exotic pairs should be avoided.

This setup recognizes the desire of most traders to buy low and sell high but does so in the predominant framework of trading with the trend. The strategy uses multiple time frames and a couple of indicators as it’s a tool for entry. First and foremost, we look at the daily chart to ascertain of the pair in a trend. For that, we use the 20-period simple moving average (SMA), which tells us the direction of the market. In technical analysis, there are numerous ways of determining the trend, but none of them is as simple and easy as the 20-period SMA.

Next, we switch to the hourly charts to find our ‘entry.’ In the ‘Turn to Trend’ Strategy, we will only trade in the direction of the market by buying highly oversold prices in an uptrend and selling highly overbought prices in a downtrend. The question arises, how do we know the market is overbought or oversold? The answer is by using Bollinger bands, which help us gauge the price action.

In order to illustrate the strategy, we have considered the chart of EUR/CAD, where we will be applying the strategy to take a ‘long’ trade.

In our case, we see that the market is in a strong uptrend, as shown in the below image. Hence, we will enter for a ‘long’ trade at the price retracement on the 1-hour time frame.

In the below image, we can see that the price breaks into the zone of 2SD-3SD BB after a lengthy ‘range’ movement.

Once the price moves into the zone of 2SD-3SD BB, we wait for the price to bounce off from the lower band of the 3SD BB to give an indication of a reversal. In a ‘short‘ set up, the price should react off from the upper band of the 3SD BB, and give an indication of downtrend continuation. During this process, we need to make sure that the price does not break below or above the 3SD BB. Because if this happens, the ‘pullback’ is no more valid, and this could be a sign of reversal. This is a crucial aspect of the strategy.

The below image shows how the price bounces off from the lower band of the 3SD BB two candles after the price moves into the zone.

In the case of EUR/CAD, the resultant risk-to-reward of the trade was a minimum of 1:2, as shown in the below image.

The beauty of this setup is that it prevents us from guessing the turn in the market prematurely by forcing us to wait until the price action confirms a swing bottom or a swing top. If the price is in a downtrend, we watch the hourlies for a turn back to the trend. If the price continues to trade between the 3SD and 2SD BB, we stay away as long as we get confirmation from the market. We can also set our first take-profit at 1:1 risk to reward to lock in some profits.