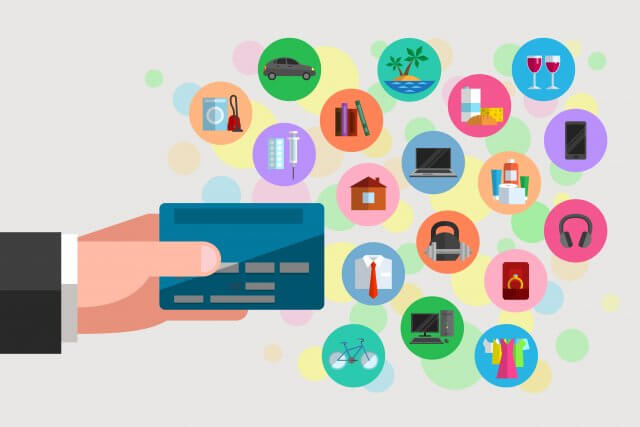 Consumer Spending is a significant contributor to the annual GDP of an economy. It is released ahead of GDP numbers and hence is widely used by traders and investors alike to make investment decisions. Consumer Spending is what drives the economy mostly. Imagine if consumers stopped spending on anything apart from the basic needs, it would result in the closure of many businesses and services. Hence, understanding the importance and impact of this advanced indicator is crucial for our Fundamental Analysis.

What is Consumer Spending?

Consumer Spending refers to the amount spent to meet their daily needs and personal expenses. In other words, it refers to the money paid for goods and services by the general public. The products and services can include all that we, as an individual, consume to live our lives. The groceries, the movies, the drinks, the internet, phones, etc. all these are part of our lives that the Consumer Spending measures.

The money we SPEND on CONSUMPTION of goods and services by CONSUMERS is Consumer Spending. A nation in its core is its people, and what those people spend on is what runs the market. What you and I spend on is what will drive the market. Consumer Spending makes up 66% of the total Gross Domestic Product in the United States, and business and government spending contribute to the rest.

Consumer Spending depends on the macro scale on the below vital factors:

Mortgages and Debt: In the United States, almost all the citizens have debt in one form or another, be it student loan, education loan, house mortgage, or healthcare insurances. The more the debt, the lesser the consumer has left for his spending, thereby tightening his pocket on extra expenditures.

Disposable Income: It refers to the remaining part of an individual’s income left after deductions of all federal taxes. It is the difference between the average salary and tax deductions—higher the charges lesser the money available for spending.

Per Capita Income: It tells us the income per individual within the country. Only when the overall income per person is sufficiently large enough to exceed meeting the basic requirements only then will people have a budget for spending. Rising Per Capita Income indicates that the standard of living is improving, which automatically enhances consumer spending.

Income Disparity: The imbalance in the wages of different sections of society is bad for the economy. A sufficiently rich person’s increase in income will not lead to higher spending as he or she will tend to invest or save to accumulate more wealth. Only when the wages of the lower sections of the society increase will the spending increase as they are the ones cutting back on expenditures due to lack of money. Reformation can be brought about in the country if the government focuses more on benefiting the lower sections more than other parts of the society.

Consumer Sentiment: It is the people of the nation who know better than traders and investors about the economic prospects as they are the ones working on the ground and going about their daily routine facing all kinds of situations. Whatever analysts, investors, and traders assess a nation’s economy, it cannot beat the first-hand experience of the people themselves. The Consumer Sentiment tells what the general people feel about the prospects of their jobs, growth, and security.

If a consumer feels his income will increase steadily and is secure, he will tend to spend more now. Conversely, if the consumer is not sure of his job status and not confident about his future employment status, then he or she will tend to save more to meet their needs during times of unemployment. Thereby decreasing spending now and saving more for later.

How is the Consumer Spending Report obtained?

The Bureau of Economic Analysis releases monthly reports on the percentage of changes in the average Consumer Spending titled “Personal Consumer Expenditures.” BEA releases this report at a national level on a quarterly and annual basis. The Bureau of Labor Statistics also releases a report titled Consumer Expenditure Survey in August every year with little variations. They calculate using the statistics form the United States Census Bureau to arrive at this survey report.

It is one of the most significant indicators to predict GDP. It is an advanced indicator meaning it predicts future economic conditions rather than reflecting current or past industrial activities. Since it is a significant driver for the Gross Domestic Product, it is one of the top economic indicators amongst all. Consumer Spending tells us about the strength of the economy and the standard of living of the country’s citizens.  It almost drives 70% of the GDP figure; hence there is no doubt that it is a must for Fundamental Analysis.

Below is a plot of the percentage change in Consumer Spending vs. Real GDP from the St. Louis FRED website to demonstrate this indicator’s importance in comparison to the rest.

How can Consumer Spending be Used for Analysis?

What the consumers are willing to spend on can make or break the markets. By analyzing the spending trends and recognizing what sector of goods and services consumers purchase can tell us which market is going to flourish and stagnate. Consumer Spending represents the demand side of the supply-demand market, where supply is the providers or manufacturers of the goods.

When Consumers increase spending, this increases demand, which leads to business growth, increased employment, improved wages to meet the demand. This increase will again lead to increased spending by the newly employed and adjusted salaries, and all this becomes a positive feedbacking loop and continues till it saturates. When demand outpaces supply, we will have inflation, which is terrible for the economy as the increasing prices will make consumers increase spending now than later it will again result in price inflations. The primary job of the Federal Reserve is to prevent this vicious cycle of price inflation.

On the other end, low consumer spending reduces demand for goods and services, which stagnates business and hence the economy contracts and results in lower levels of GDP, which is also not good.

Traders can use the Consumer Spending Surveys, Indices to relatively compare economic situations of nations and also with previous periods to assess currency valuation or devaluation direction in the coming months. Investors can make investment decisions based on which sectors are experiencing increased demand looking at the spending patterns. Consumer Spending can also direct us in Stock Market evaluations of different companies.

We can obtain the Consumer Spending monthly releases from the BEA, and that data can be found here. For illustration, you can refer to this link to see what the U.S. population spends more on. You can also check the University of Michigan’s Consumer Sentiment Index here.  As discussed, it is a primary driver of Consumer Spending.

Impact of the ‘Consumer Spending’ news release on the price chart

In this section of the article, we will analyze the impact of the Consumer Spending economic indicator on the value of a currency. As we understood in the previous that the Consumer Spending measures the change in the inflation-adjusted value of goods expenditures by consumers, now we shall see how important the data is for traders and investors. Consumer Spending is one of the major economic activities in a country. However, looking at the below image, it seems like traders do not give a lot of importance to the data (Yellow box indicates less important) and may not make significant changes to their positions in the currency. In any case, let us see how the market reacts to the data release.

Below is the image showing the latest Consumer Spending data of France, which will have an effect on the EURO. The National Institute of Statistics and Economic Studies collects and disseminates information on the French economy and society. A higher than expected reading is considered to be positive for the economy, and a lower than expected reading is taken to be negative.

After the Consumer Spending data is released, the market falls, but it leaves a wick on the bottom, and the price forms a ‘Doji’ candlestick pattern, which essentially indicates indecision in the market. As the data was far below what was predicted, we should wait for more confirmation from the market to notice the change in volatility. We see that that the volatility expands on the upside and goes above the moving average. This is an indication that the news outcome is digested by the market and will continue its trend. Thus, we can enter for a ‘buy’ after the price potently moves higher with a stop loss below the ‘low’ of news candle.

Next, we discuss the EUR/CHF currency pair where before the news announcement, the market is in a strong downtrend, exactly opposite to the above currency pair. As the volatility is high on the downside, we should not expect a positive Consumer Spending data to cause a reversal of the trend. Whereas, a ‘bad news’ may take the currency much lower. We cannot take any position at this point, not even a ‘buy’ as we are in a strong downtrend, and there are no signs of reversal.

After the numbers are released, it is evident from the ‘news candle’ that there is an increase in volatility on both sides, and finally, the price closes near its opening price. The long wick on top of the ‘news candle’ is an indication that selling pressure is high due to poor Consumer Spending data. Therefore, at this point, one can go ‘short’ in the pair with a stop loss above the recent ‘high.’

The above images represent the EUR/SGD currency pair, where the characteristics of the chart appear to be similar to that of the EUR/AUD pair. One major difference is that the uptrend is not as resilient as in the case of EUR/AUD. Before the news announcement, the market is at the key area of resistance equals support. This is the place where most traders go ‘long’ in the market and join the uptrend. But since the volatility is high, it is recommended to wait for the news release and then act accordingly.

After the news announcement, some selling pressure is witnessed as a result of weak Consumer Spending data, and the candle closes in red. But later, the ‘news candle’ is immediately is taken over by a bullish candle. This means, due to the bad news, the market initially reacted as per expectations, but this was not sufficient enough to cause a reversal in the market. As the impact of the news was less, we can trade with the trend, by going ‘long.’

This completes our discussion on Consumer Spending and the impact of its news announcements on the Forex price charts. If you have any queries, please let us know in the comments below. Cheers.