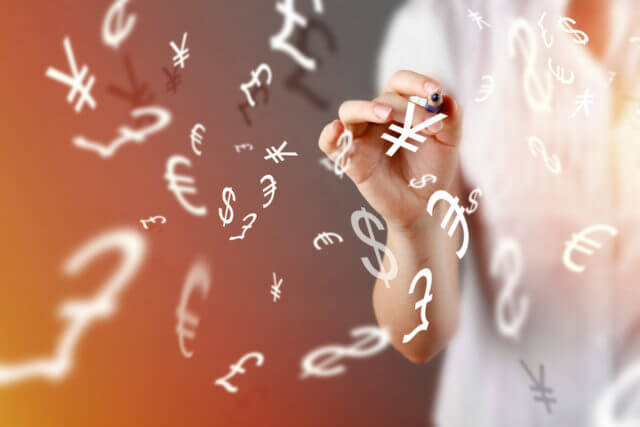 In the previous articles, we have discussed the overview of the Forex industry as a whole. In this article, let us understand in detail about the currency pairs which Forex is fundamentally about.

A currency pair is a code representing the interaction of two different currencies. In that pair, the first currency is known as the Base currency, and the second one is called the Quote currency. When you are buying a currency pair, you are essentially buying the base currency and selling the quote currency. It is vice-versa for selling.

What are the major currency pairs?

The most liquid currency pairs are known as major currency pairs. These are the pairs where USD is involved either as a quote currency or base currency. Some of the most popular currency pairs include EUR/USD, USD/JPY, GBP/USD, USD/CHF, and USD/CAD. They represent some of the largest economies of the world and are traded in high volumes. These currencies also have low spreads, which is good for traders.

Australian dollar and New Zealand dollar are the currencies that are greatly influenced by commodity prices. The Australian dollar is greatly affected by mining commodities, beef, wool, and wheat. Aussie (AUD) is strongly influenced by China as these two countries are huge trading partners. USD/CAD is also one currency that is affected by commodities like oil, timber, and natural gas. The Canadian dollar price movement is strongly related to the U.S. economy. New Zealand, however, is heavily influenced by news release of agriculture and tourism. Along with commodities, the effect of central banks and reserve banks shouldn’t be underestimated. Changes in monetary policy from either of the country’s banks will lead to huge volatility.

The point we are trying to make here is that each of the currency pair’s price movements is influenced by some of the other external factors. As you start your journey in trading Forex markets, you will understand these influencing factors in detail.

What moves these currency pairs?

As discussed above, there a lot of independent factors that move the price of these currencies. But the fundamental factors are interest rates, economic data, and politics. Let’s understand these in detail.

Economic data – Economic releases are reports that give a glimpse of the nation’s economy. Relevant economic data include CPI, Non-farm payroll, GDP, Retail sales, and PMI. This data will have a positive or negative effect on that country’s currency.

Politics – Trade wars, elections, and changes in the ruling government introduce instability, which reflects in the Forex market. The decision the government’s take can boost or depreciate the economy.

Which currency pair should you trade?

If you are new to forex, choose the currency pair which has the most liquidity. Always start with Major pairs before exploring the others. Analyze the fundamentals of a currency. If you know technical analysis, you can combine it with technical indicators to know and understand when to trade. Do not use leverage; even if you do, use appropriately so that you don’t wipe out your account. To learn more about Forex trading from the very basics, you can sign-up for our free Forex course here. Cheers!